Looking Forward Game of Thrones S5, Part 1: A Blind Attempt at Leading the Blind | Watchers on the Wall | A Game of Thrones Community for Breaking News, Casting, and Commentary 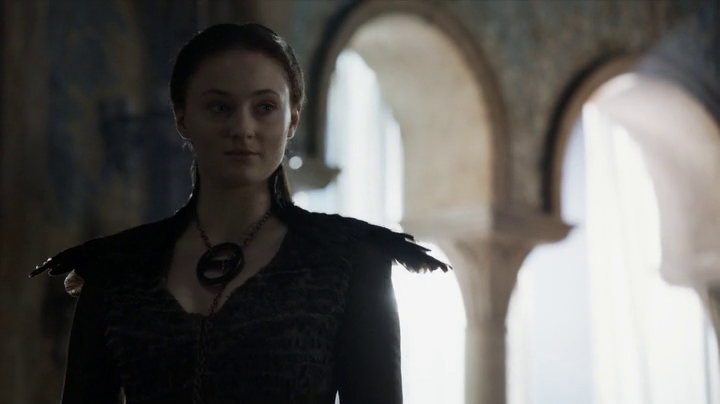 Welcome and glad tidings from the new and improved home of all-things Thrones, the Watchers on the Wall.

If you are new to our fanatical escapist plot of internet property, then thank you for joining us. We have constructed this monstrosity so that you may find even more enjoyment out of your Game of Guilty Pleasures.

This one’s name is Oz and I have the somewhat inglorious prestige of being one of the only Unsullied (non-book reader) contributors for this fine site of GoT extremists.

After the cut, I will attempt to somewhat loosely explain what this series typically entails and will do my best to get it jumpstarted. With only five more months or so before the premiere of Season 5, there is little time to waste.

Back at the old apartment, I authored a series of off-season “Looking Forwards” that theorize and speculate as to what chaos may be in store for the season to come. This astonishingly insightful analysis comes from a non-book reader (also referred to as “Unsullied”) trying to make heads or tails of a Braavosi coin.

But if a man can be honest and come clean, I have struggled starting the series this year because so much seems to be standing in the unknown with no clear-cut course for the upcoming ten episodes.

However, you don’t get to carry on the title of “village idiot” by way of abstinence. Making a viable effort for a speculation piece to come across to Sullied and Unsullied alike as at least “educated” while trying to maintain at least a snippet of credibility can be challenging.

The primary source of struggle moving forward here is calculating and accounting for how much change the viewer of this series is going to endure moving toward next season. The death count of Season 4 was not all that different from seasons past. But the amount of major character deaths we witnessed in S4 seems stifling, especially when you couple it with so many remaining characters making major location changes in the process. 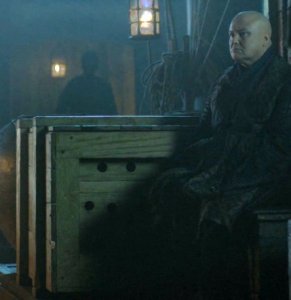 Case in point: King’s Landing. No longer will it feature Joffrey, Tywin, Shae or Oberyn (unless of course we are treated to further grand funeral processions followed by poorly executed rape/consensual sex scenes at the neighborhood funeral home).

Their absence of course assumes that none of them will be back in the capital for the foreseeable future unless they are the bearer of a teleportation device like the one being horded by Littlefinger (uh-oh… here comes the comment that proclaims something to the effect of “time and travel are not measurable in Westeros as it is on Earth” explanation from someone who specializes in Westerosi time travel). Before you start, I will concede as long as you will concede that Littlefinger seems to get where he needs to go faster than anyone else in the fantasy world. Agreed?

This leaves the capital with a couple of Lannister lovers; a product of incest King (good kid, but a product of brotherly love nonetheless); a sword swallower who presumably will no longer be wed to the King’s mother; a beautiful wannabe Queen who supposedly enjoys the company of royal cats; a Lord Oaf who is reportedly an excellent fetcher of quills; an old Maester who reportedly smells like dead cats; a new Maester who is supposedly not a Maester at all; and Frankenmountain. Or Mountainstein.

What the hell could possibly go wrong?

On top of that, Stannis is at the Wall. Arya is on a boat. Jorah is on a horse. Brienne has no horse. Bran is under a tree. The Bolton’s are moving to Winterfell. And both Braavos and Dorne appear to be major plot locations (neither of which the Unsullied know a hell of a lot about).

Even the blind can see the conundrum. Many of the story arcs have enough semi-known plot for which to speculate. But some do not. The Game in many respects has indeed changed.

So here are my thoughts for the series leading up to Game Day and if you have any suggestions, please chime. BUT DO NOT INCLUDE SPOILERS in the reasons for your recommendations. The “Oz” posts are Unsullied friendly.

Thanks for taking in the first “Looking Forward” at Watchers on the Wall, but most importantly thank you for reading and supporting the site. The founders built this Wall for the true fan of Game of Thrones and to maintain and expand a thriving community.

If you are new to the site, make sure you check out our Lexicon page for WotW terminology. It was put together by the Dame herself and is an excellent source of site info.

I am off to take in some American football and to nurse an ailing Ozzette back to health after a wild night on the town (hangover remedy suggestions welcome).

Until next time, follow and like WotW, spread the word to your colleagues and companions, and may there always be peace in your realm. –Oz

REMINDER: Please be mindful of the Unsullied and refrain from any spoilery in the comments!! Not even covered spoilers!