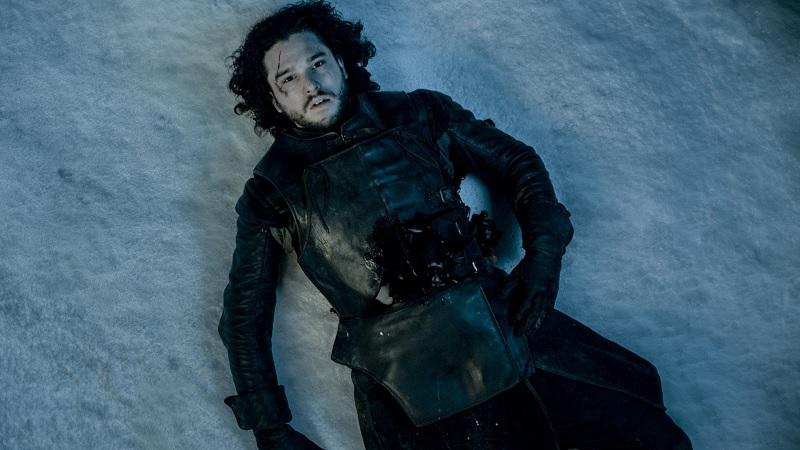 In an interview with The Sunday Times, Kit Harington reiterates that his only appearance in Game of Thrones Season Six will be as a dead body.

Speaking to The Sunday Times Culture Magazine, the actor insists that Jon Snow would only make a reappearance as a corpse, in an attempt to quash the ever persistent rumours that he would be resurrected.

He attributes on set photographs of his character to the fact he was there to film the dead body, saying

You can’t just forget that he’s actually died. I had to be a dead body…so there was a certain amount of filming that had to be done.

He joked that playing the corpse was some of his best work.  When asked why his hair was still in the same long style that he wore as Jon Snow, the actor exclaimed that he simply became attached to the way it looked.

You can read more on this interview here.

No matter how hard the cast and crew try, it seems rumours of Jon Snow’s resurrection in Season Six just won’t go away!