Jacob Anderson, John Bradley & castmates recall season 7 and tease characters in "alien environments" for season 8 | Watchers on the Wall | A Game of Thrones Community for Breaking News, Casting, and Commentary 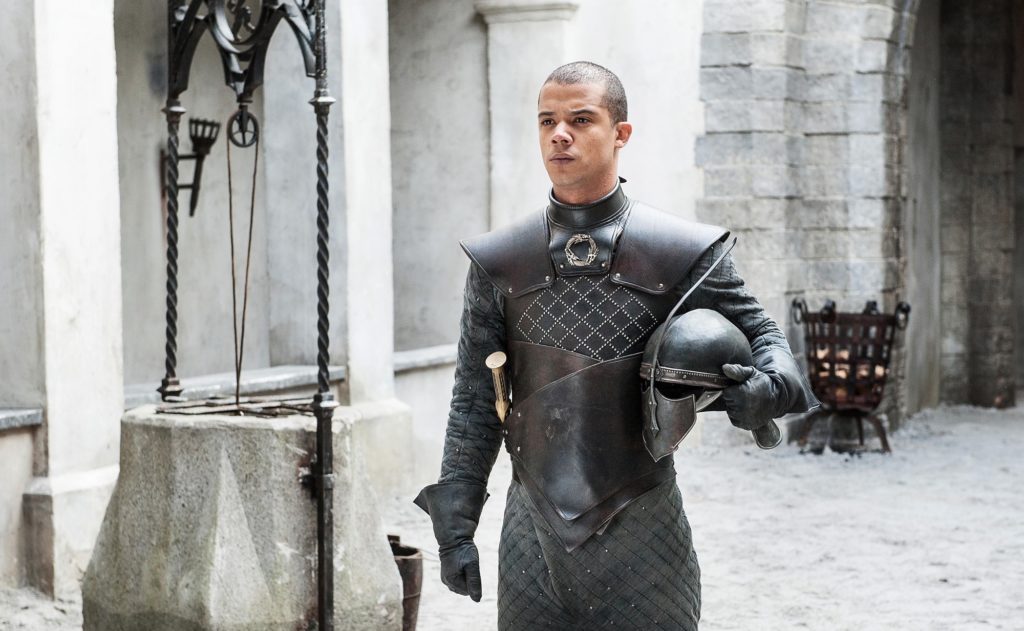 With today’s release of the seventh season box set (you may be interested to win a copy, or even one of the entire show,) the Game of Thrones cast has come out in full force to promote it, bringing us new insights into the roads their characters have traveled so far and where the last season may take them. Below the cut, you will read and watch interviews with Jacob Anderson, Isaac Hempstead Wright, John Bradley, Pilou Asbæk, Aidan Gillen, Liam Cunningham, Rory McCann and Daniel Portman.

Speaking to CinemaBlend, Jacob Anderson focuses on Grey Worm’s highlight scene in season seven (well, except perhaps for that wonderful bedroom scene with Missandei) — that is, the siege of Casterly Rock, and Euron’s ensuing counter-siege:

“They haven’t really fought these sort of armored soldiers before. So I think it was a lot tougher for them to maneuver a castle and maneuver people that are wearing metal and steel,” Anderson explains. “[T]hey need a bit of an readjustment period. They’ve got sleeves now! So that’s good. We didn’t have sleeves before, so maybe that helps.”

“It’s not very often that you see Grey Worm get angry, per se. He definitely has moments of frustration, but he’s always quite a measured person… and so that’s one of the few times that you see him getting angry,” Anderson points out, regarding Euron’s trick. “They’re the greatest fighters in the world. So to suddenly be met with that was a shock.” 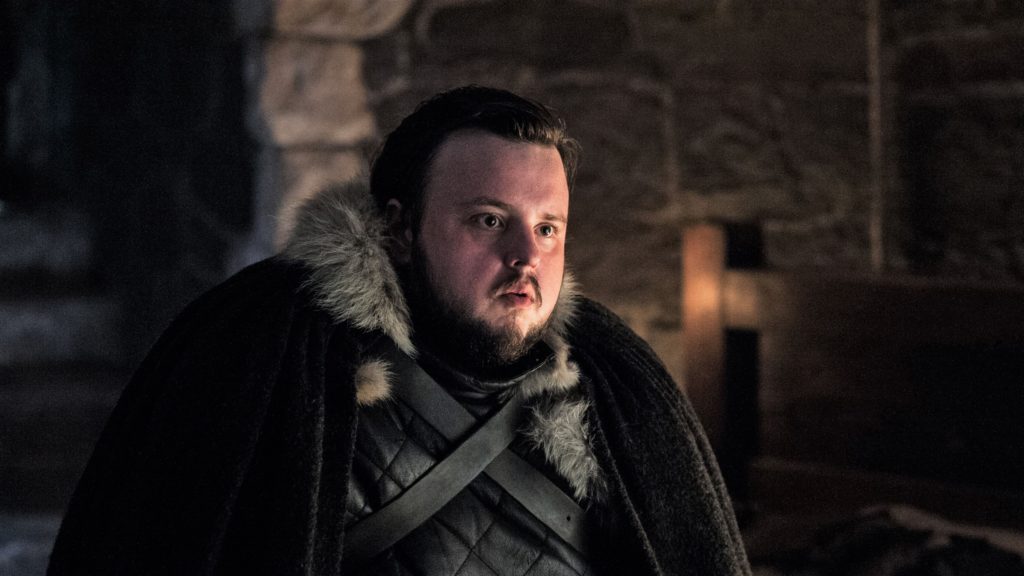 At TV Guide, John Bradley talks about how it feels to be filming the eighth and last ever season of Game of Thrones: “The stakes definitely feel ramped up. We know that we’ve got a real job to do. This has been a part of people’s lives for so many years. This is our eighth season, and we are kind of feeling the pressure to get it right because we want to satisfy people,” the actor admits. “We want to give people a payoff that they’re going to be happy with. We know how militantly passionate the fans of this show can be — in a good way — and we just kind of want to give them an ending that they deserve.”

Finally, our favorite Australian, the ever funny Ozzy Man, also interviewed the cast. In two videos, you will see Jacob Anderson, Isaac Hempstead Wright, John Bradley, Pilou Asbæk, Aidan Gillen, Liam Cunningham, Rory McCann and Daniel Portman talk about the past and future of their characters — for those who still have a future, anyway:

Funnily enough, Isaac reveals himself to be a big fan of Ozzy Man — apparently, before a press junket, he watches Ozzy Man’s famous recaps as a reminder. John Bradley, meanwhile, reveals a preference for playing the courageous side of Sam. Gillen, who sees the bright side of the characters he plays, however evil, enjoyed playing up Baelish’s charm, and sees his love for Catelyn as genuine. I’m sure that won’t be controversial.

Cunningham speaks of just what a good guy Davos is, not that any of us need convincing. As he puts it, the Onion Knight is “an island of sanity in a sea of madness,” appropriately enough for a former seafaring smuggler. “How’s that for poetic? I read it … in the back of a corn flakes box or something like that.” (Ozzy Man agrees: “That’s poetic as fuck”.)

There’s more of the actors’ insights and Ozzy Man’s sense of humor in these videos, so the transcribing will cease here — I fully recommend you actually watch them!