Explore the history of the Dragonpit, look behind the scenes at Euron's sea battle, and more in special features from Season 7 'Game of Thrones' Blu-Ray/DVD box sets | Watchers on the Wall | A Game of Thrones Community for Breaking News, Casting, and Commentary 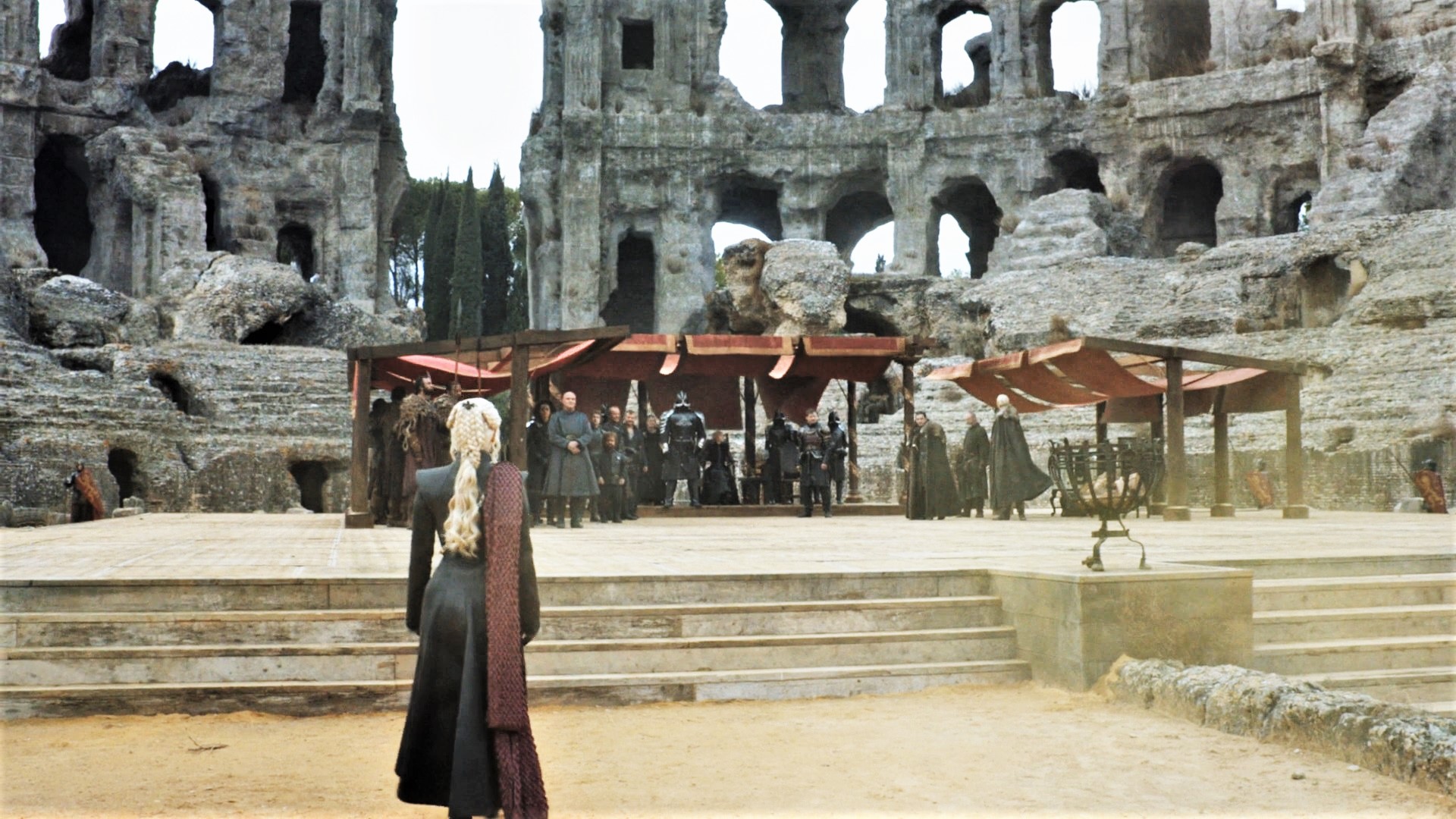 The once formidable Dragonpit in King’s Landing served as the meeting place between Cersei, Daenerys, Jon Snow, and many others in the Season 7 finale of “Game of Thrones.” A special animated feature on the Season 7 Blu-Ray/DVD set will explore the history of the iconic landmark.

The highly anticipated release of Season 7 of Game of Thrones on Blu-Ray and DVD is today, but if you can’t make a shopping trip until the workday is done, you can make the interminable hours pass at least a little more quickly by perusing some more clips of some of the special features your box set will contain.

Uproxx released a 1:30-long clip from a behind-the-scenes look at creating the seafaring battle between Euron Greyjoy and his Targaryen-supporting niece and nephew, Yara and Theon. The clip features supervising art director Paul Ghirardani explaining the influence of several types of ships on the design of Euron’s terrifying Silence, including ancient Roman triremes — ships that specialized in ramming their opponents and whose prows were often designed to look like animal heads and painted with black pitch to make them hard to distinguish in the dark (sound familiar?). The Silence was “an amalgam of different warcraft built over the centuries,” adds series co-creator Dave Benioff:

Meanwhile, Nerdist released a 3-minute-long animated clip included with the box set that details the history of the Dragonpit — one of seven “Histories and Lore” features that are narrated by various cast members. In this one, Conleth Hill (Varys) and Anton Lesser (Qyburn) recall the violent history of the massive Dragonpit in King’s Landing, built by Maegor the Cruel, where the Targaryen dragons were hatched, raised and kept for more than a century. If it’s any indication of the other six clips, they’re all beautifully animated and scored, and this one in particular includes a coy line from Qyburn about “how perhaps others intervened” in the demise of the royal family’s dragons.

Entertainment Tonight also had an exclusive clip from a behind-the-scenes look at one of the most iconic set pieces of Season 7: the throne room at Dragonstone, in which Daenerys receives visitors (most notably Jon Snow and Davos) on a dramatic throne carved from rock. In the clip, Kit Harington notes the “visual impact” that set has, while Emilia Clarke expresses her excitement that her character has a seat with “armrests and a back” — things that her throne (such as it were) in Meereen lacked and which was undoubtedly much less comfortable to sit on for filming.

Although we know you’re eager to get your own box set of Season 7, hopefully these tidbits will tide you over until you get your hands on one. And stay tuned for more updates on Season 8 casting and production news from us!