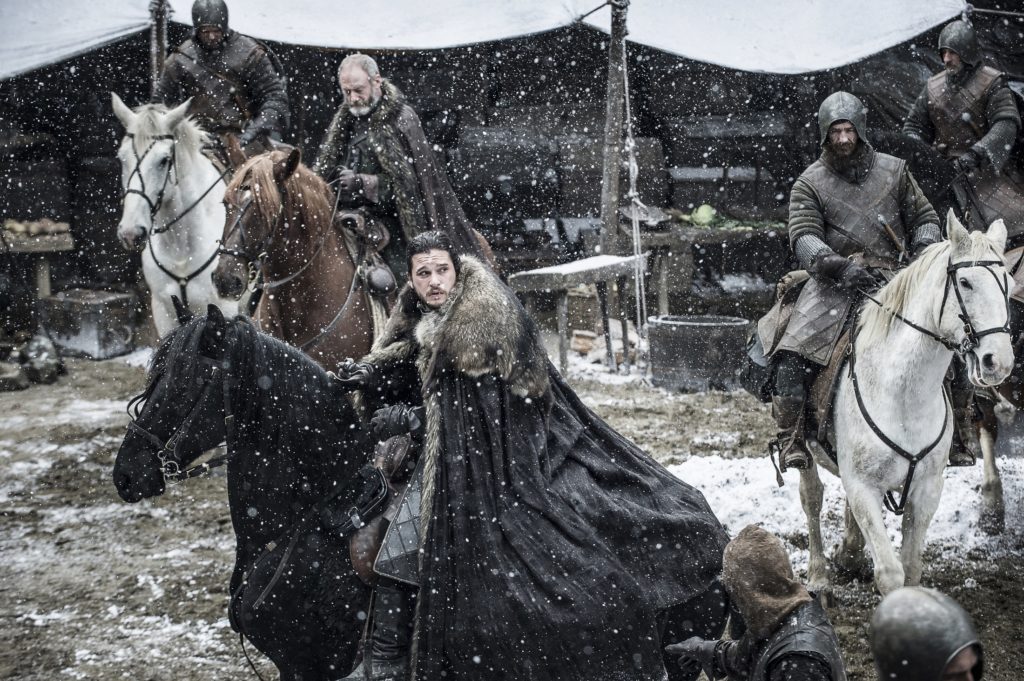 “A Targaryen cannot be trusted”

“Stormborn” is written by Bryan Cogman and directed by Mark Mylod.

Geoffery: I don’t know what to be more excited about this episode: Jon strangling Littlefinger, Arya’s lupine encounter or the power-play at Dragonstone!