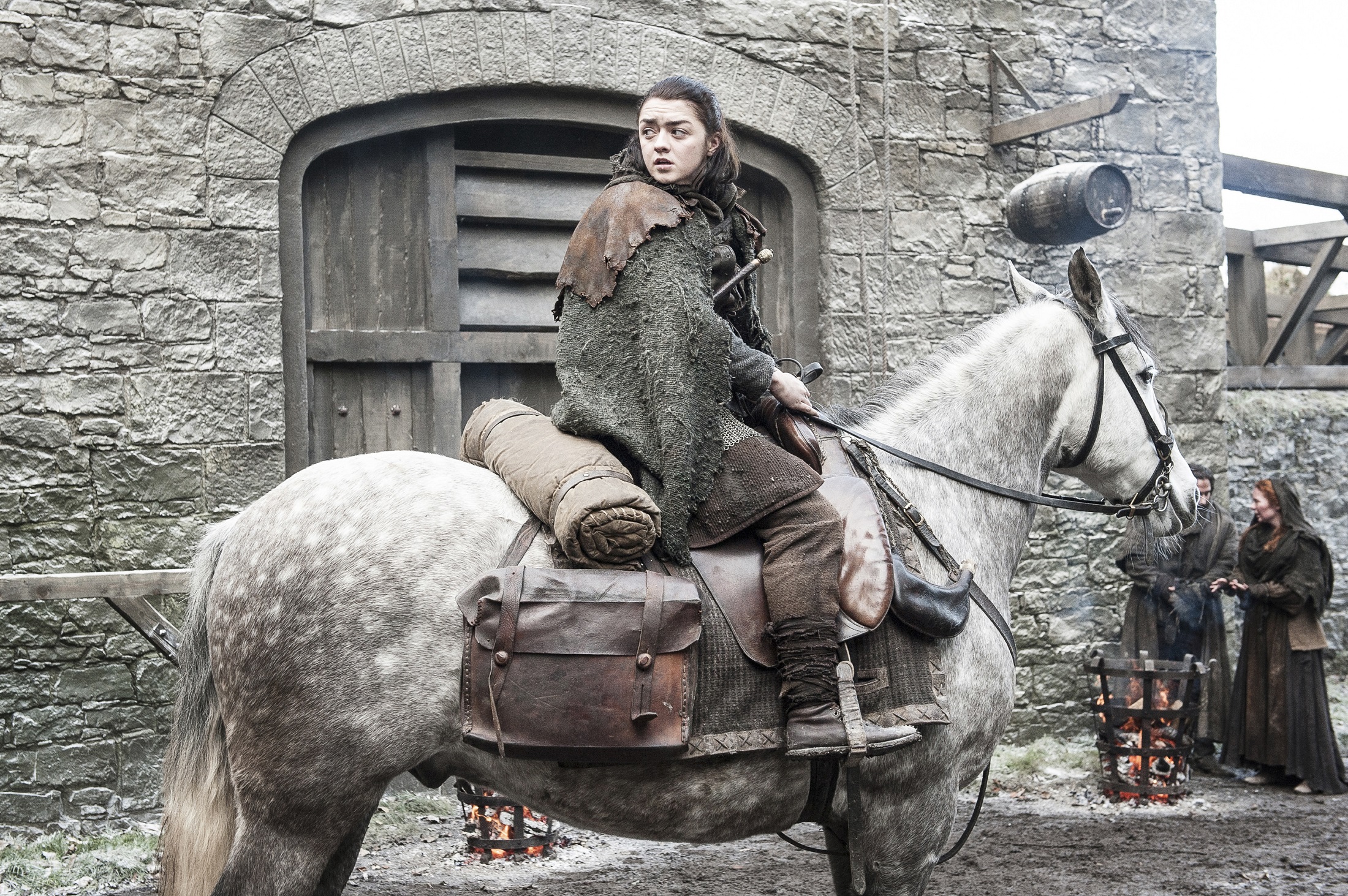 HBO has officially released a batch of photos from the upcoming new episode of Game of Thrones, the second of the seventh season. The episode will be titled “Stormborn,” a name often applied to Daenerys due to her stormy birth at Dragonstone. But this new collection of photos features the Starks far more than the Dragon Queen, as you’ll see!

Above, in a photo released in the pre-season flurry, we see Arya (Maisie Williams) is still on the move after her run-in with the band of Lannister soldiers in the season premiere. Behind her is a stony building that might be an inn. Could this be the Inn of the Crossroads, as many have speculated, or is it another location in Westeros?

In the next photo, we see that Jon Snow (Kit Harington) and Davos Seaworth (Liam Cunningham) have saddled up and are heading out of Winterfell. Starks soldiers are joining them for the ride. 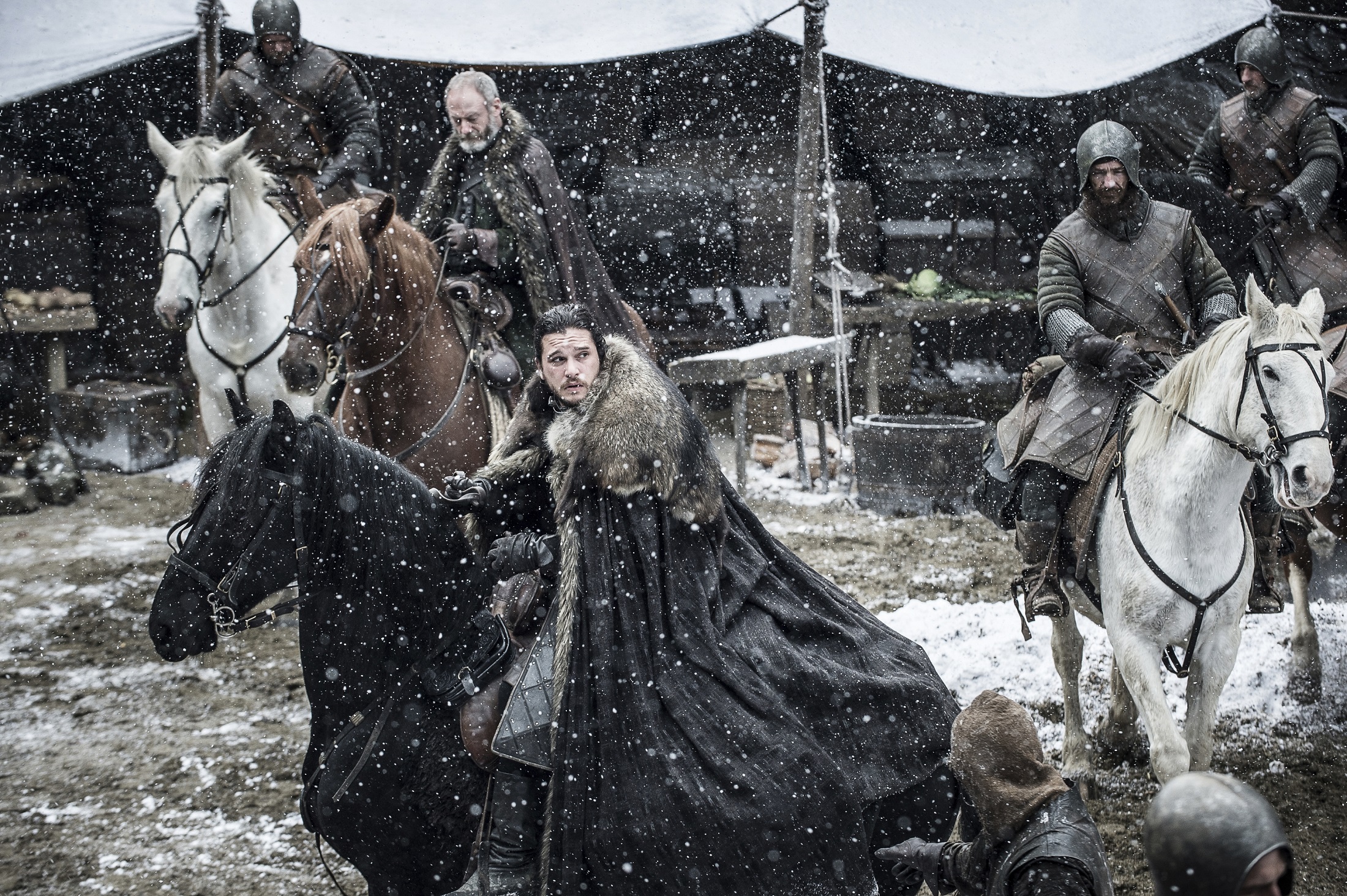 In the next photo, Samwell Tarly (John Bradley) accompanies Archmaester Ebrose (Jim Broadbent) among the stacks of the Citadel. Hey, it’s better than his jobs last Sunday! And yes, HBO did label this photo “Archmaester Ebrose” for the photo credits, so that debate is definitely laid to rest. 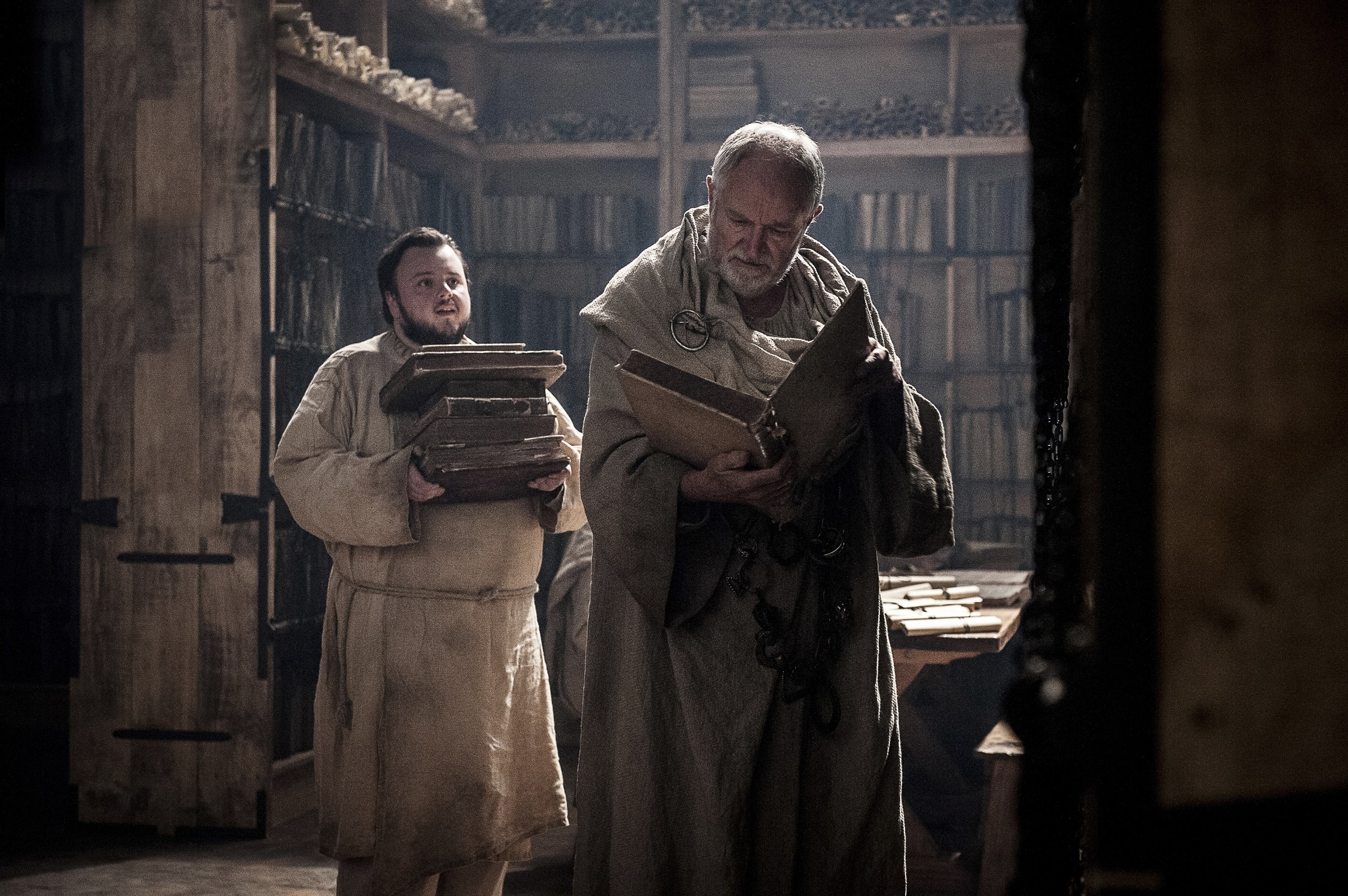 Emilia Clarke as Daenerys Targaryen, Peter Dinklage as Tyrion Lannister, Gemma Whelan as Yara Greyjoy, and Indira Varma as Ellaria Sand meet in the war room at Dragonstone. I’m looking forward to this scene, as the combination of power players promises a crackling good time. 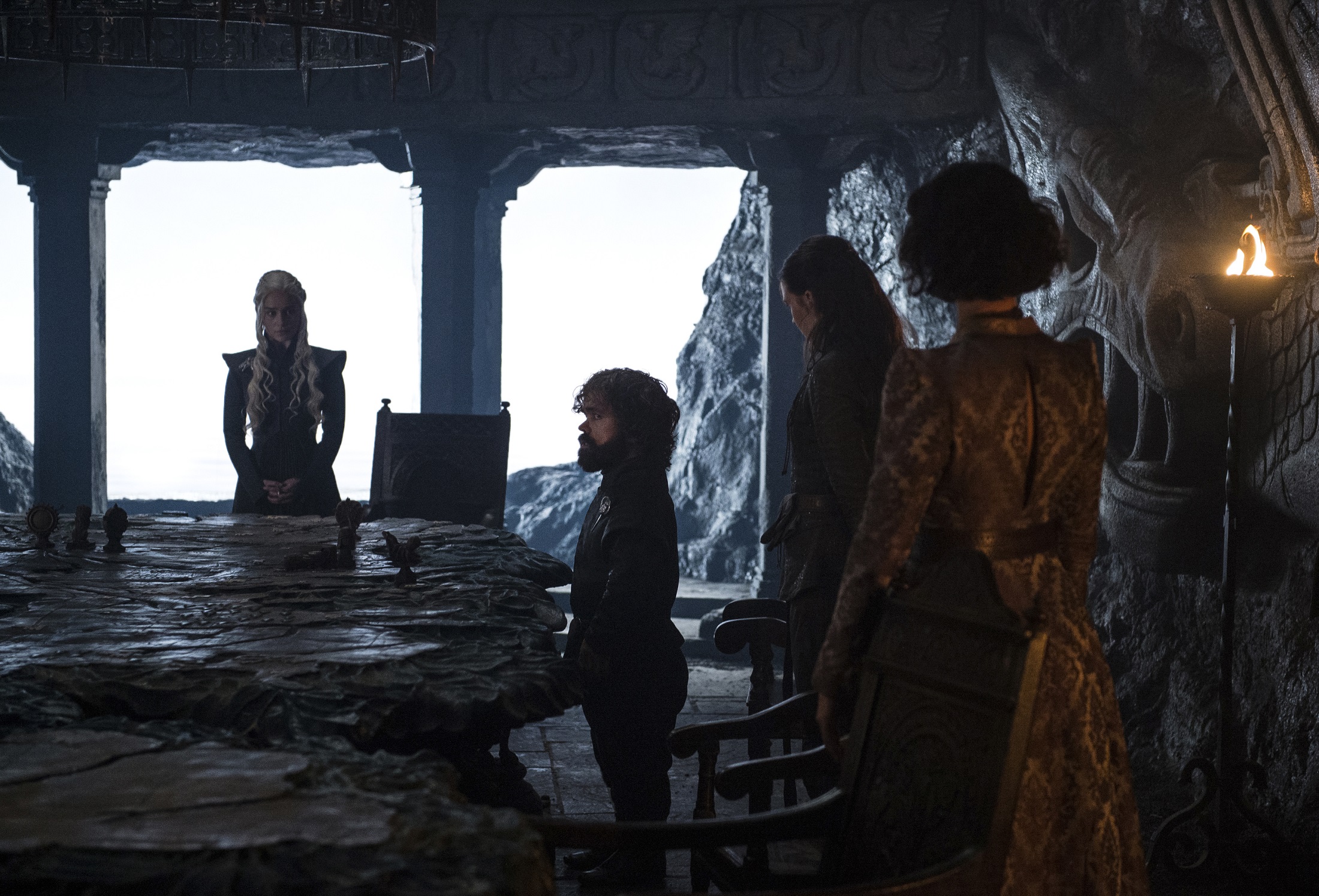 Littlefinger (Aidan Gillen) is haunting the crypts again, only it’s with Jon Snow (Harington) this time. Behind them is a woman’s monument- Lyanna’s or another Stark woman’s? What does snaky Baelish have to say? Nothing good, judging by Jon’s reaction to him in the episode 2 trailer. 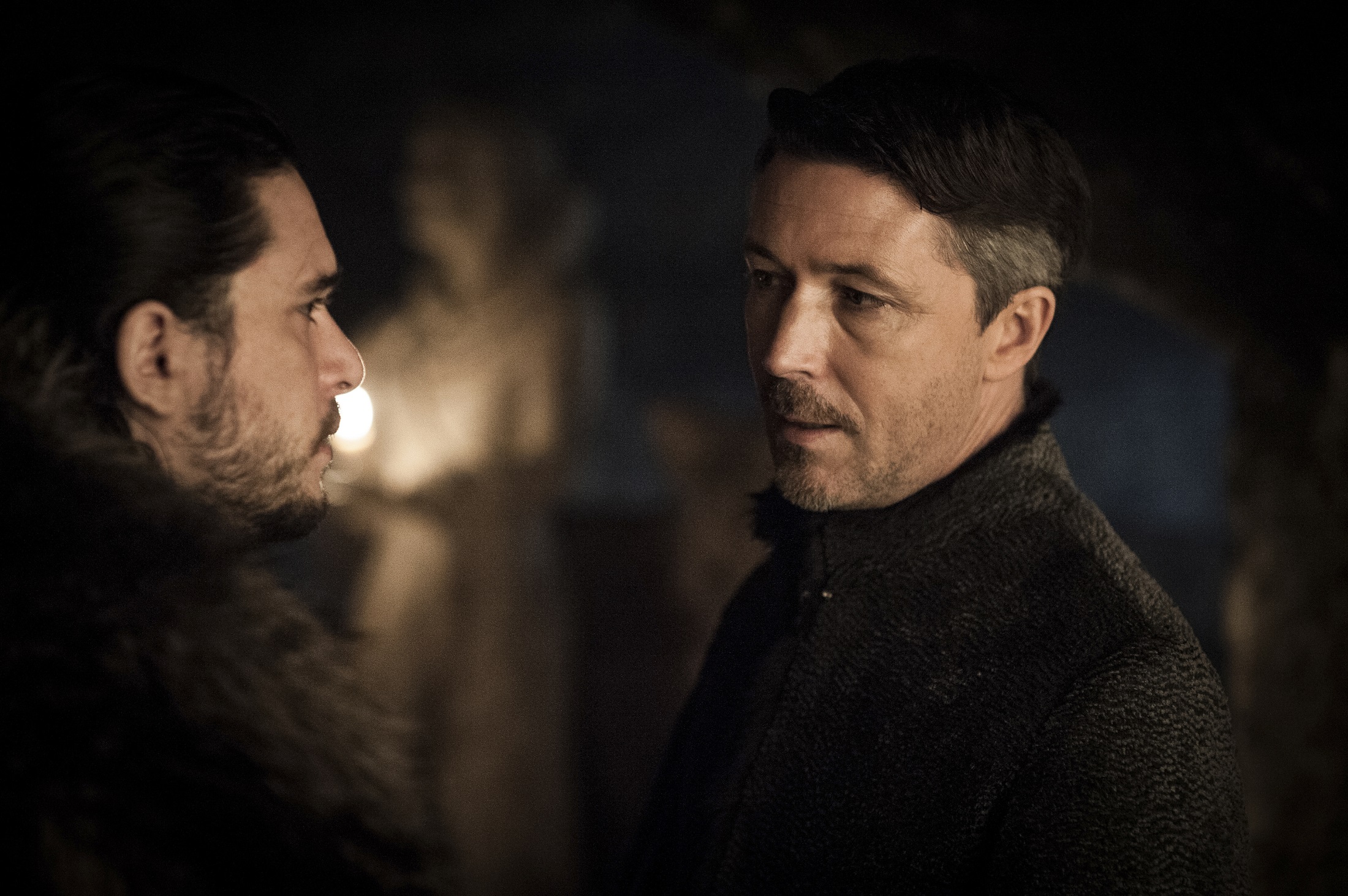 Sansa (Sophie Turner) is glowering from the walks of Winterfell once again, with that terrible wig. Watching Jon leave, perhaps? 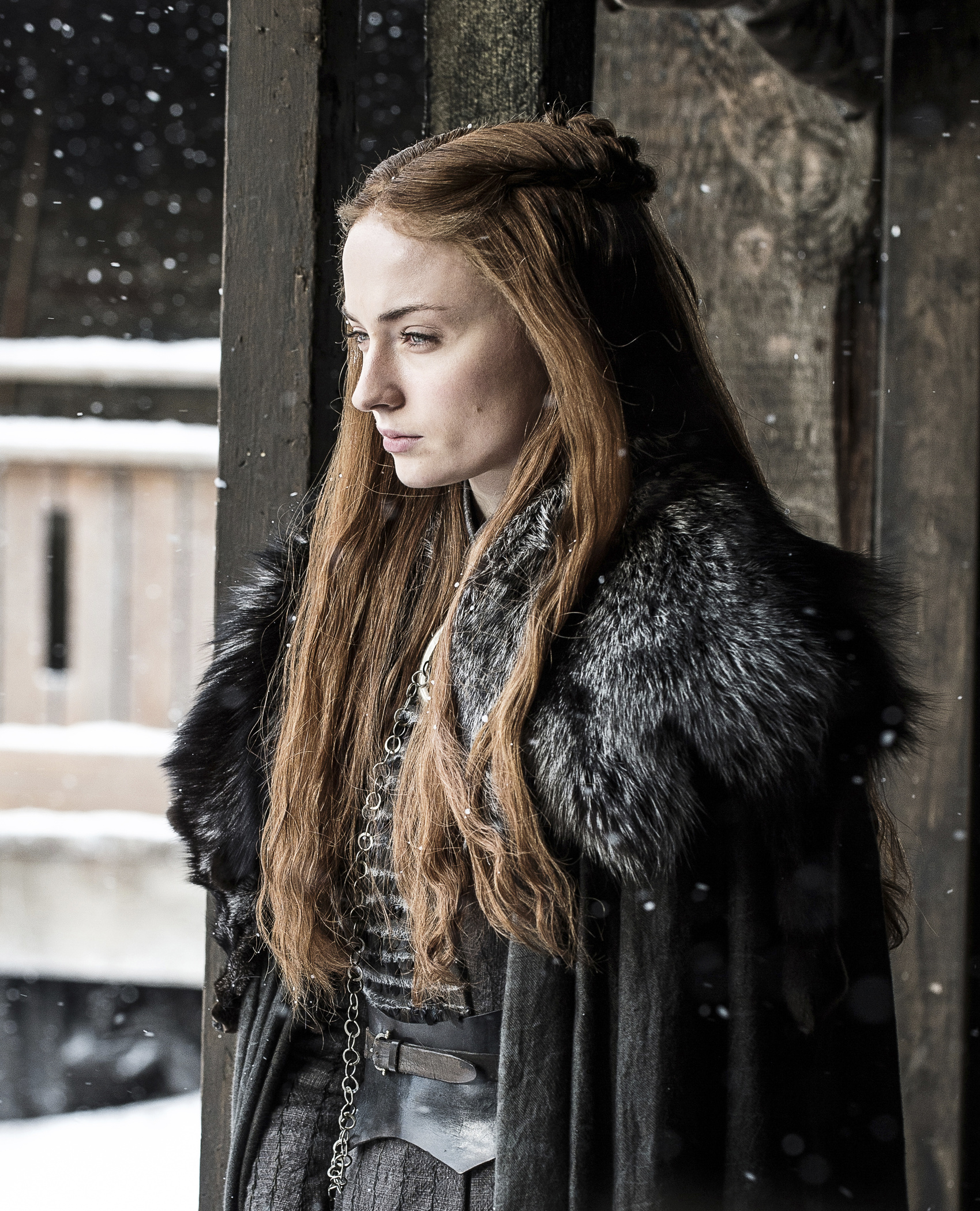 This image comes from HBO.com, showing more of Jon and Littlefinger in the crypts. King Jon is not amused: 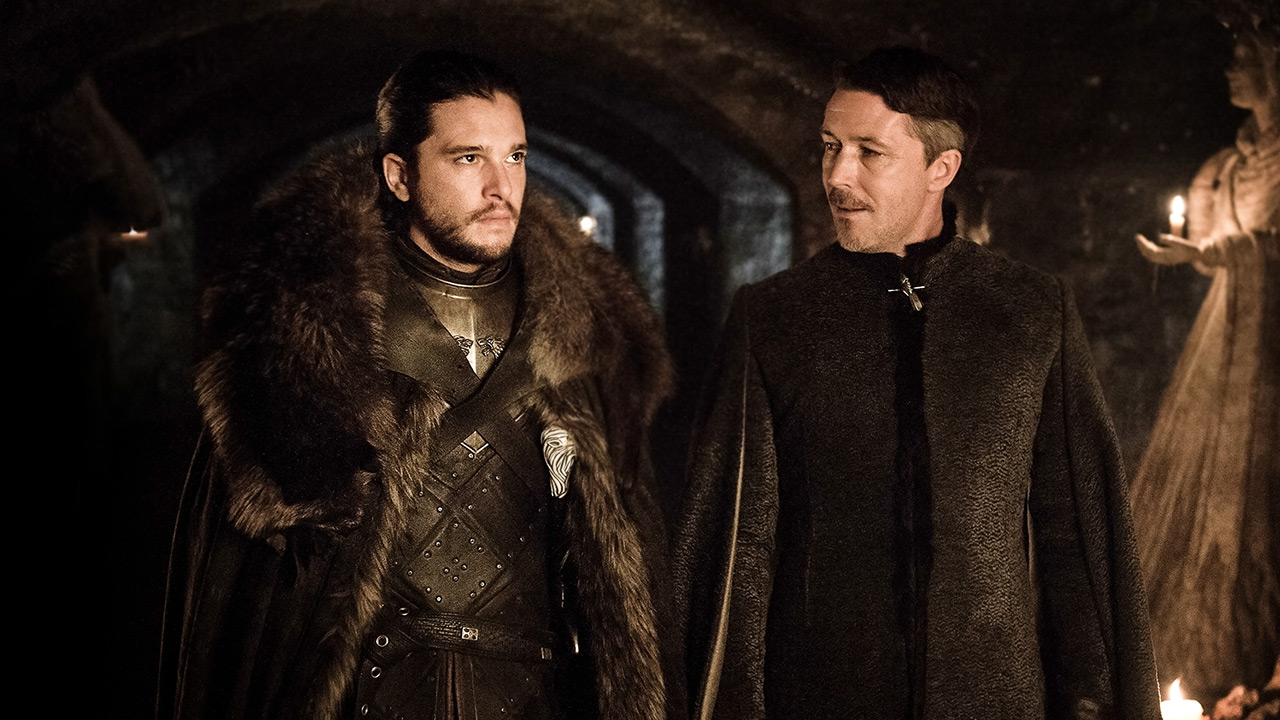 What image intrigues you all the most this week?