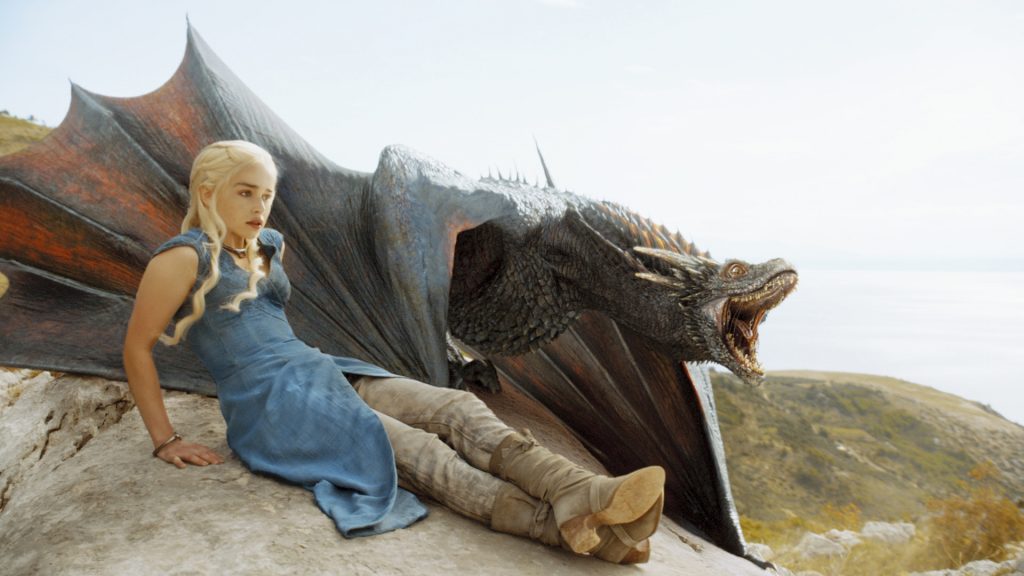 Exciting new images have surfaced today, offering a possible glimpse at Game of Thrones season 7. The images: a piece of concept art, from the new season, depicting a moment from a major scene in the season finale.

The photos first turned up on Imgur/Reddit. Having examined them, we’re fairly certain they’re legitimate. Stop here if you don’t want to know more!

The images are actually photographs of a picture, by the look of it. In the photo, we see several characters standing near the ruins of the Dragonpit, including Tyrion Lannister, Bronn, a Lannister guard, and likely Jon Snow with his back turned. The second photo is a close-up of the picture’s corner, where it reads “Game of Thrones VII. Dragonpit Entrance.”

The pictures give us an idea of what we can expect to see in season 7.  The artwork works well with what we spotted during Dragonpit location shooting last fall, when Game of Thrones filmed at Italica in Santiponce, Spain. However, the final product may be somewhat different from this art, as what we see onscreen isn’t always an exact match for concept art. So take this with a grain of salt! 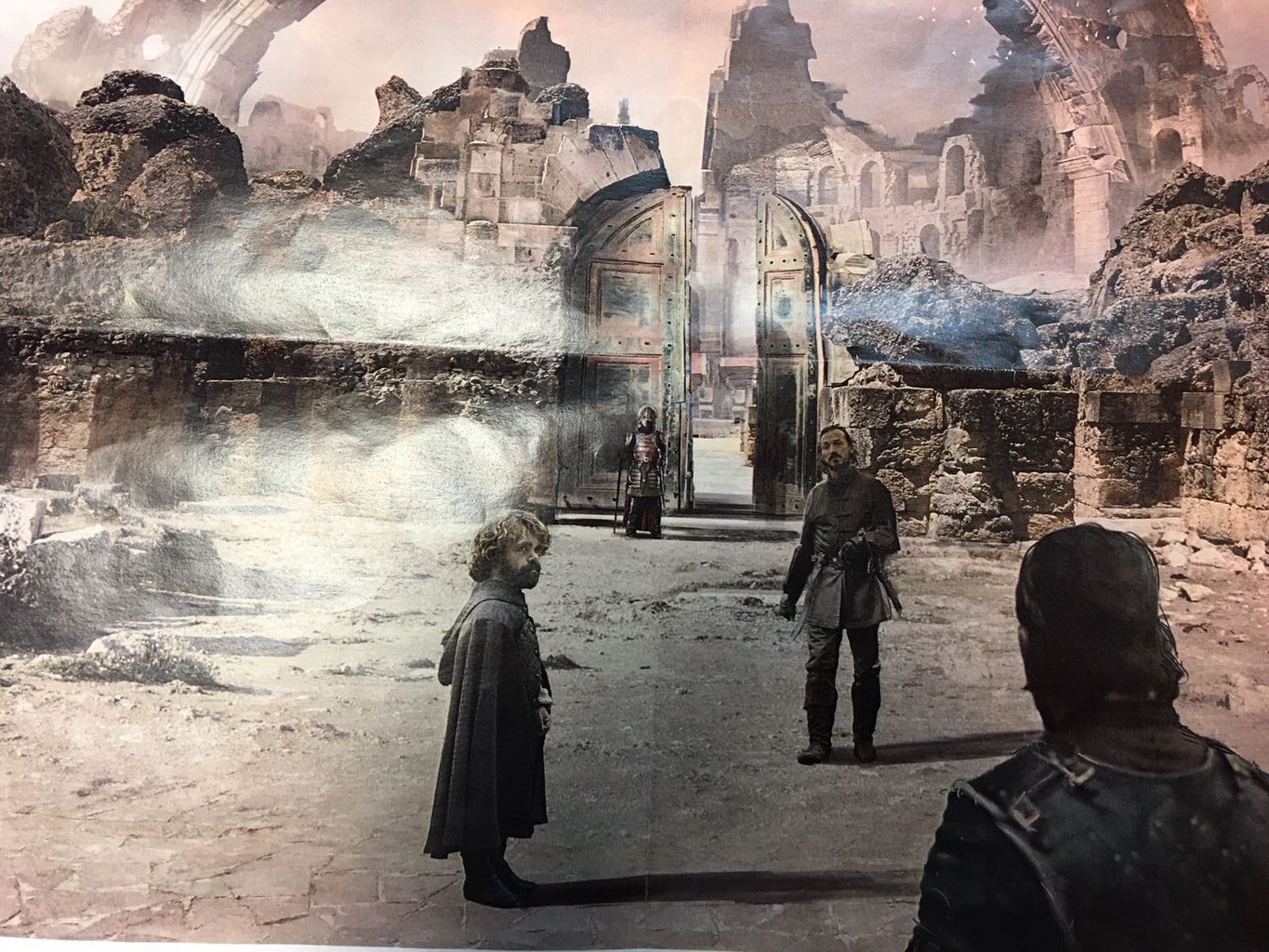 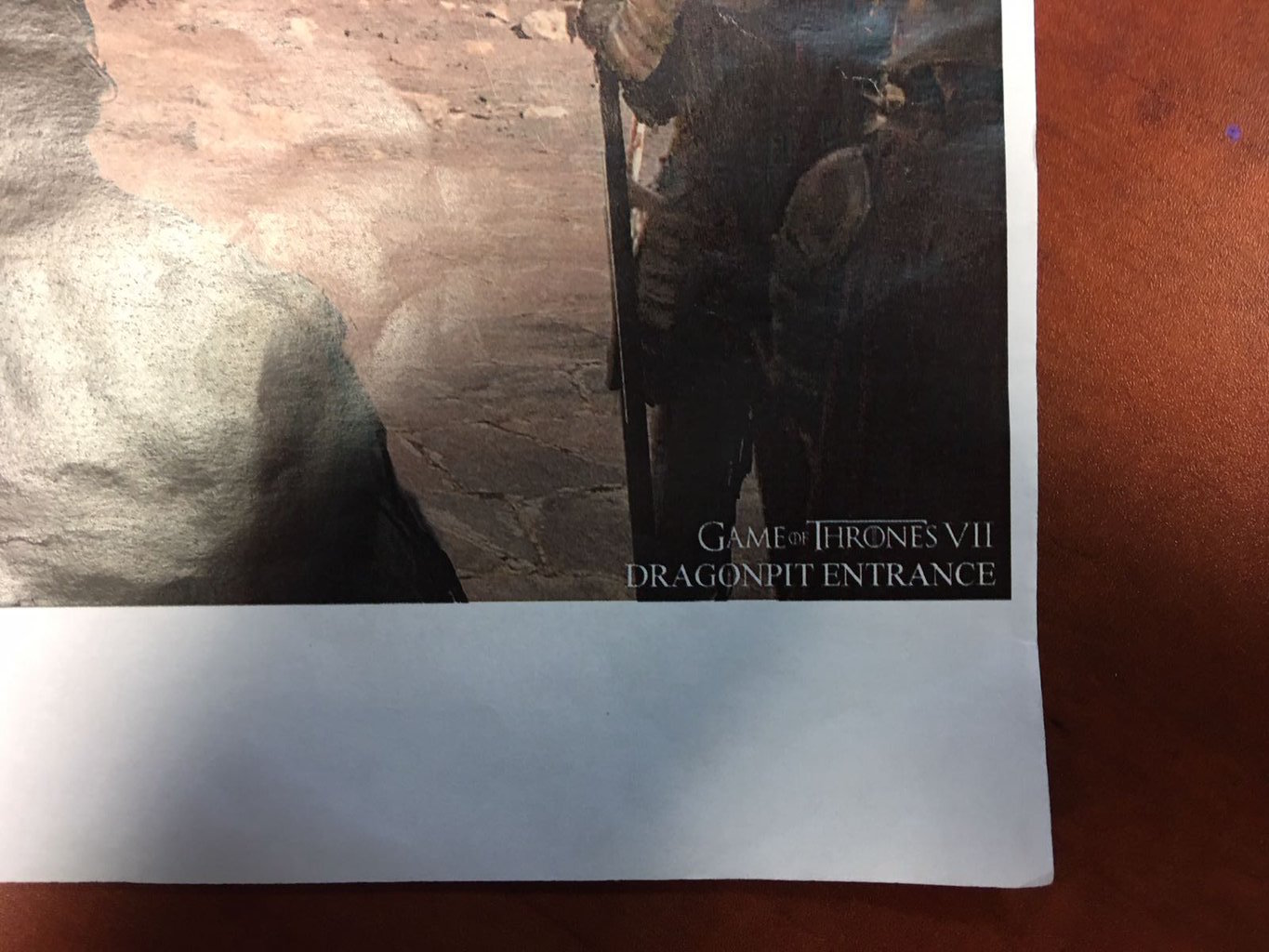 Game of Thrones employs several concept artists each year to realize the vision of the scripts, and usually there’s a variety of styles. This picture combines real images with the artwork to create the setting, similar to Kieran Belshaw‘s work on season 6.

We first learned last August that we’d be seeing the Dragonpit, a building found in King’s Landing. It once housed the Targaryen dragons, but now stands in ruins. Our spoiler report also told us we’d be seeing Daenerys there. Additionally, we know that this scene takes place in the season 7 finale. If you’d like to know more and don’t mind major spoilers, check out our extensive spoiler report on the Dragonpit scene from November!