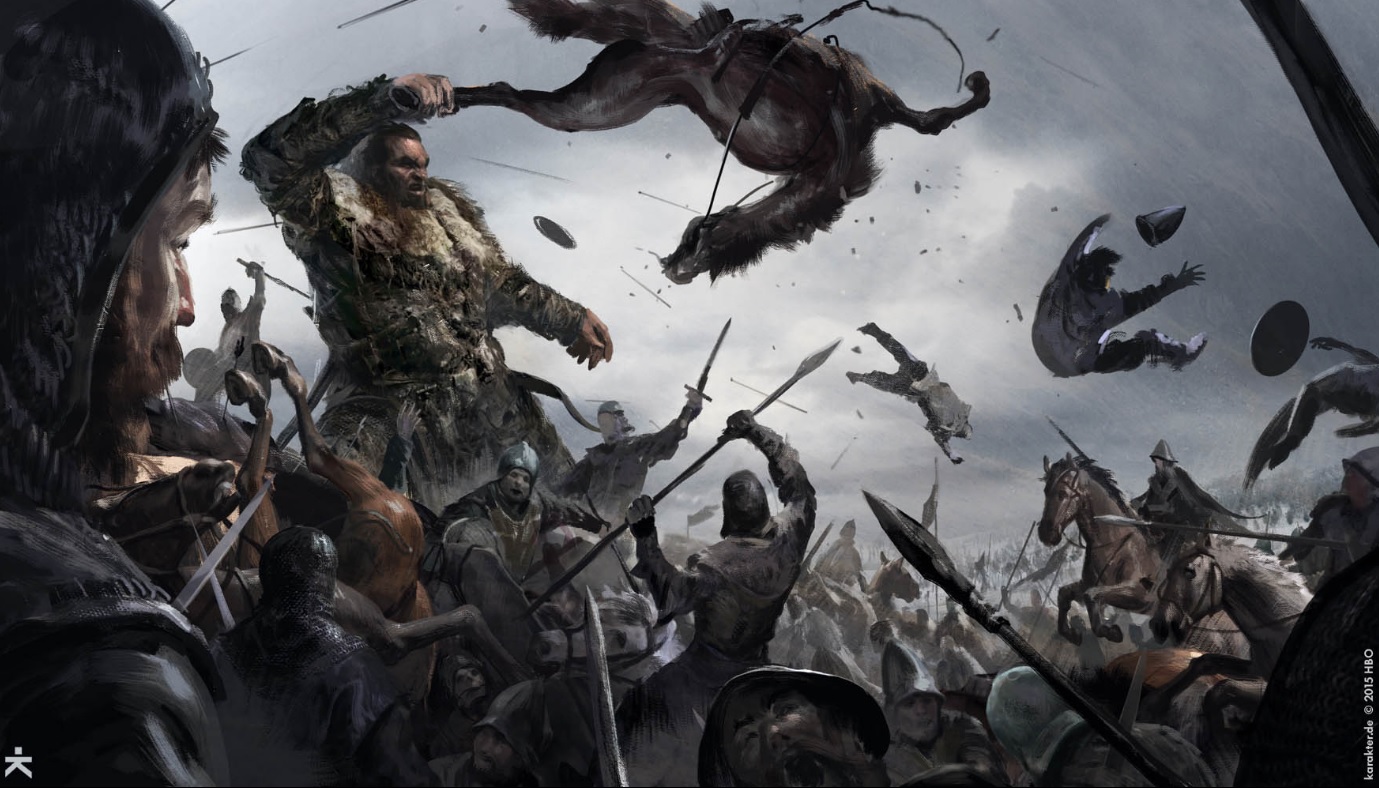 Wun Wun in the Battle of the Bastards

Every year, Game of Thrones bowls us over with its incredible visuals and season 6 was no exception. The show reached new heights with the epic Battle of the Bastards and the Battle of Meereen (packed into one episode), the introduction of beautiful new locations like Horn Hill and Oldtown, and with huge moments like the wildfire explosion and the attack on the Three-Eyed Raven’s cave. Now, thanks to design studio Karakter, we get a look at the concept art that helped create the stunning visuals that we saw onscreen in season 6.

According to Karakter, they worked onsite for several weeks in Belfast, Northern Ireland with the show’s VFX team to create the concept art for season 6.

Here is a selection of the artwork from this season:

The Battle of Meereen, with Daenerys’s attack on the ships and the Dothraki horde taking on the Sons of the Harpy. 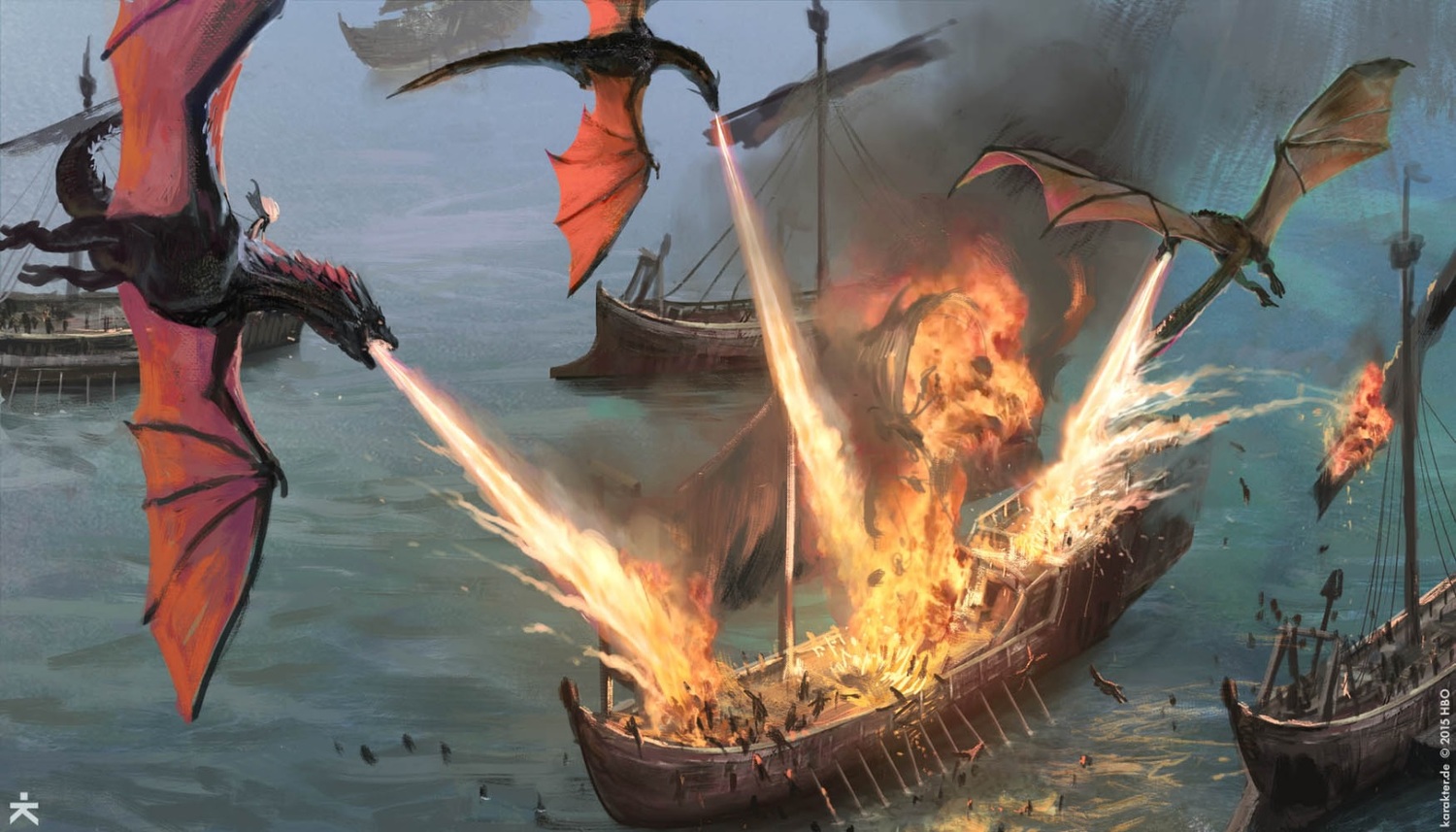 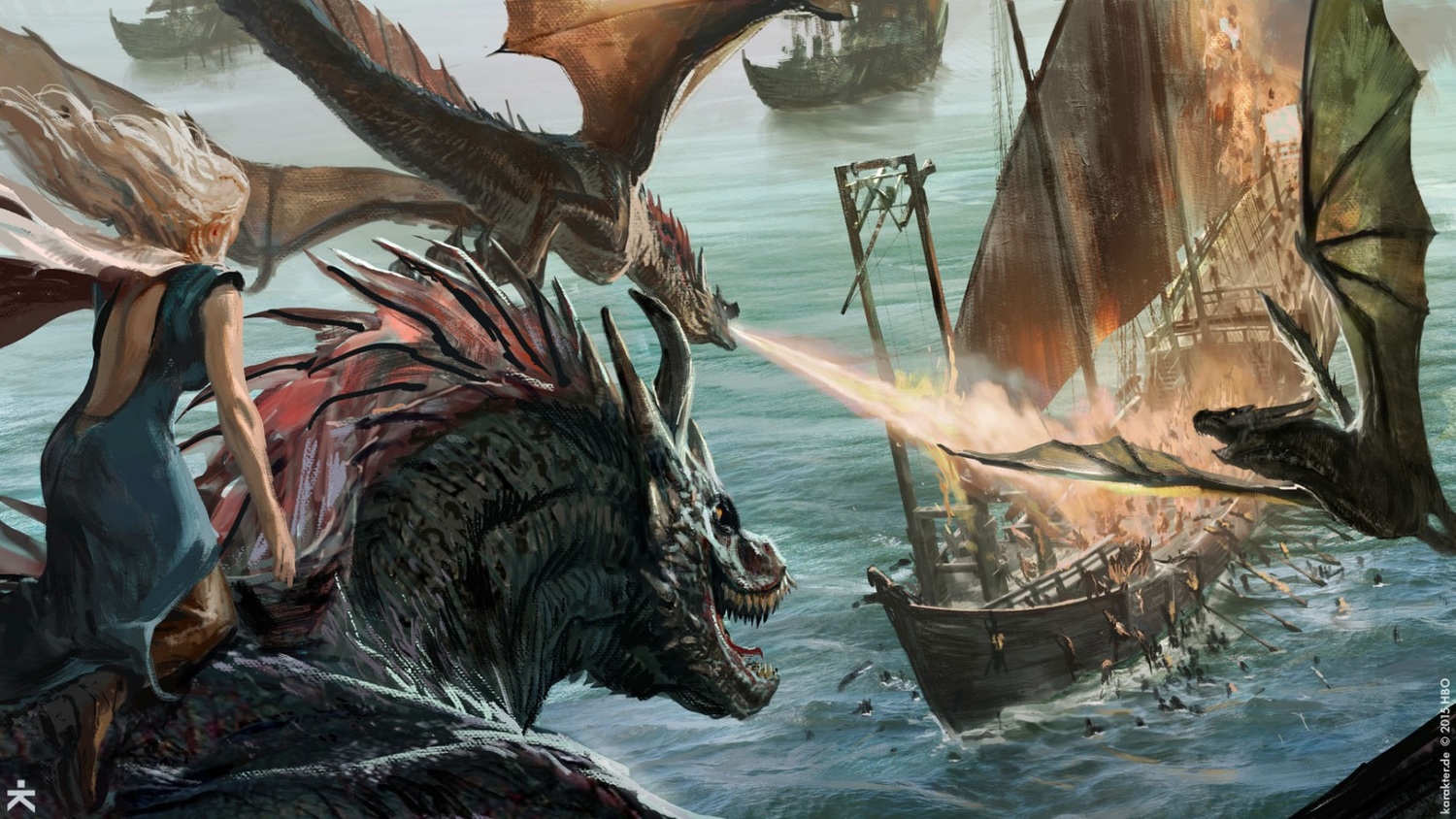 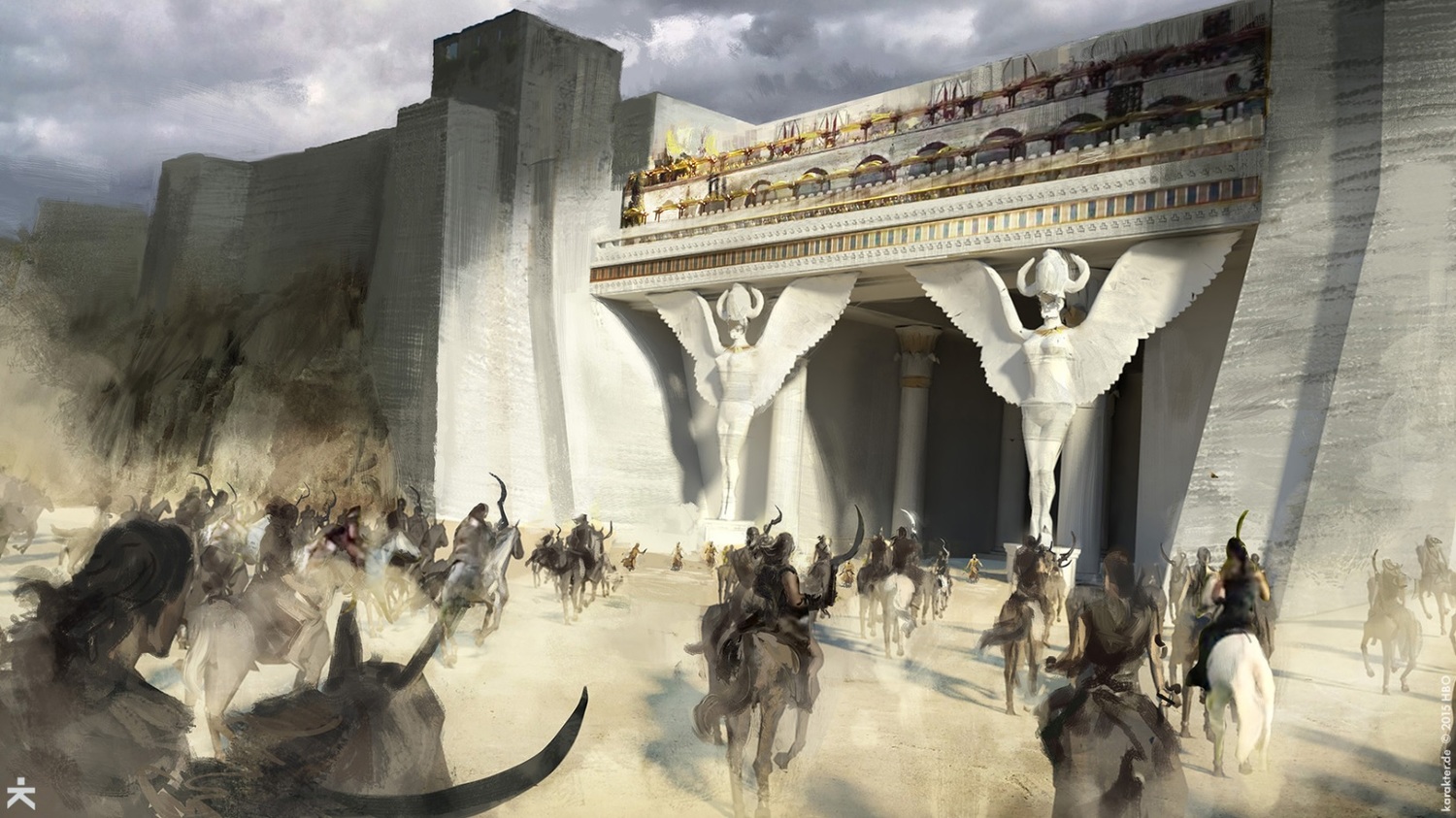 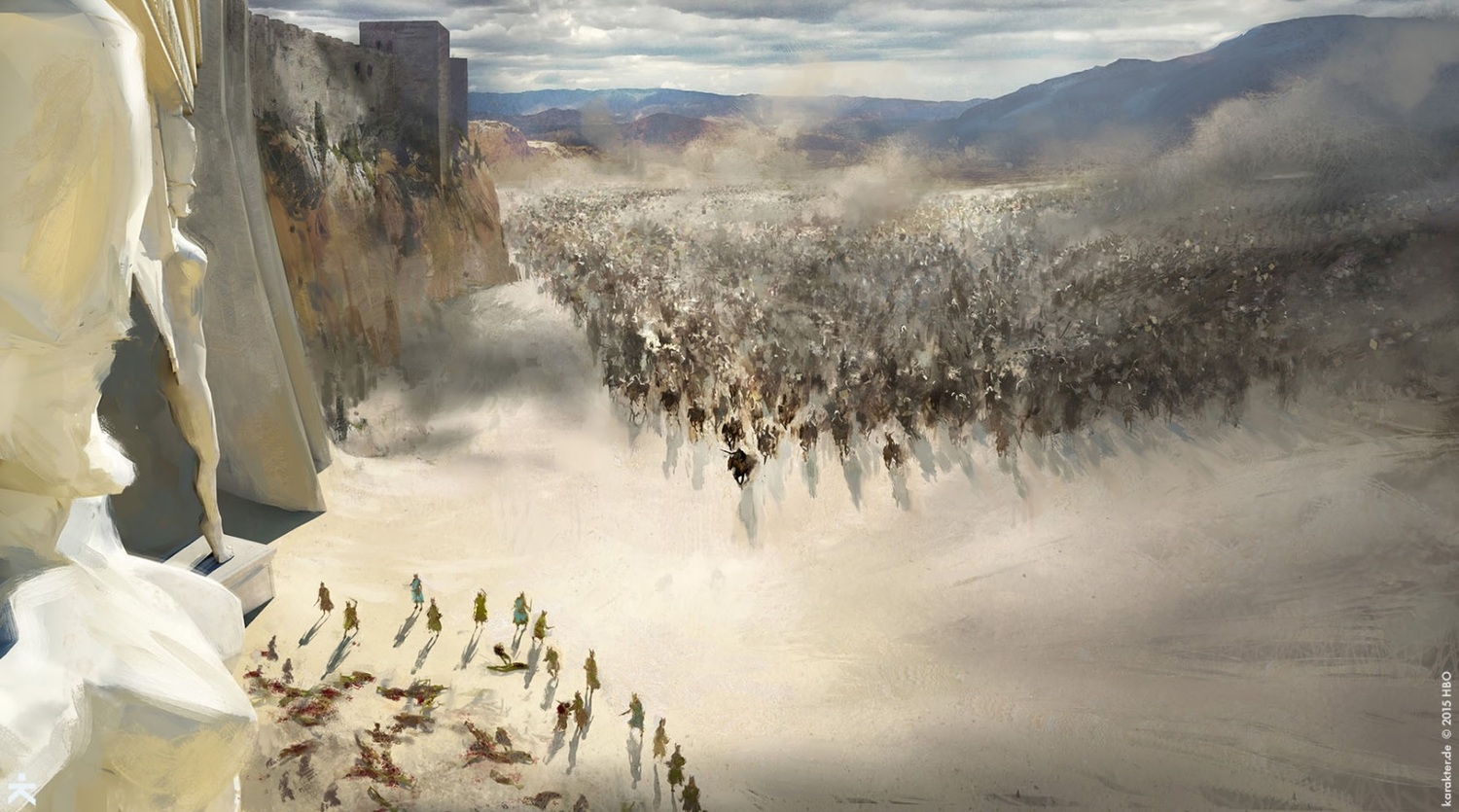 Oldtown and the Citadel

On Karakter’s site, the VFX concept artist Floris Didden says of the location, “As we had not seen Oldtown before it was double important for me to hit all the established points we did have. The layout was inspired by the radial city plan of Amsterdam, with Oldtown’s many canals circling the spoke of the Hightower.” 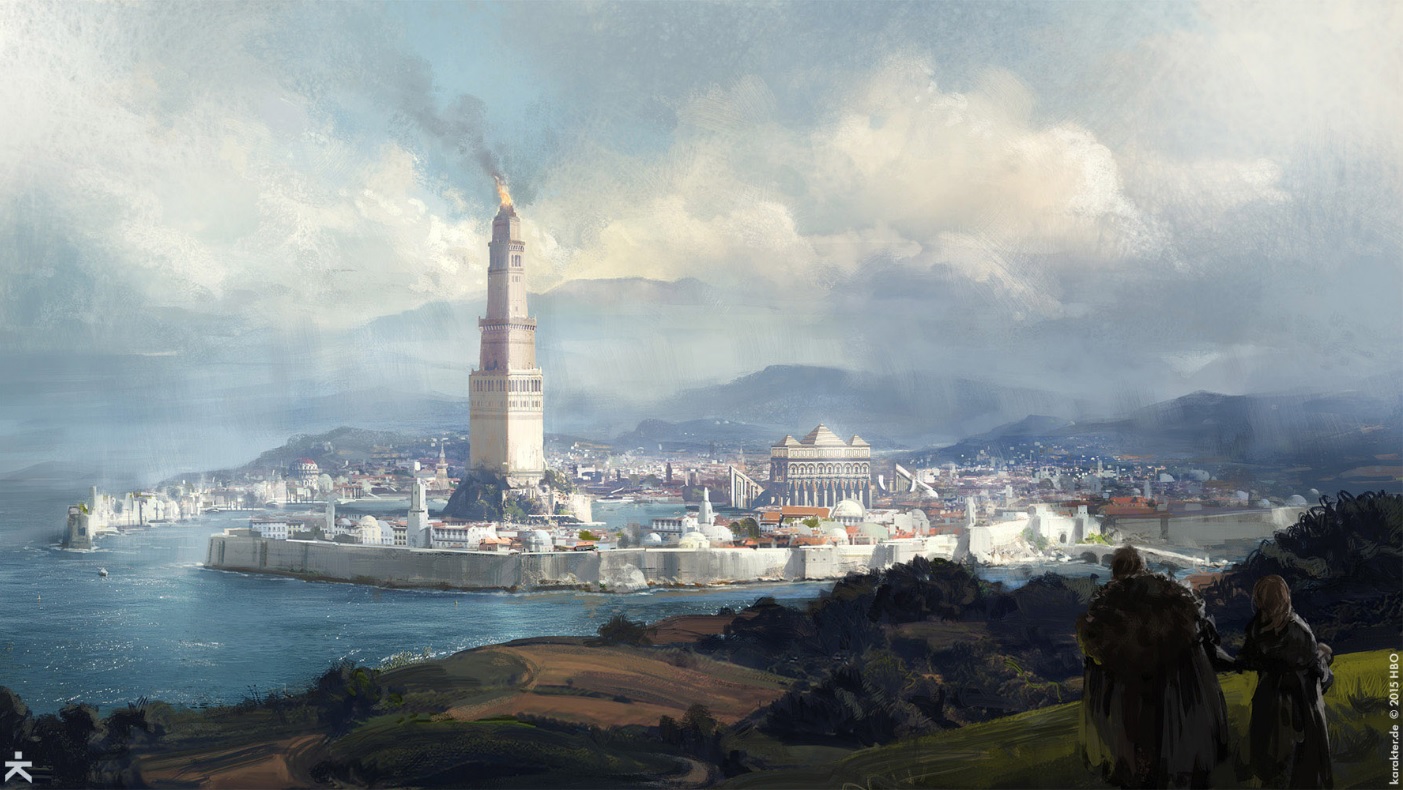 Of the Citadel’s awe-inspiring library, Didden says, “The Maesters of Westeros are the most scientific people in a world of backwardness and I wanted the architecture of the Citadel to reflect this fact: ordered, radially symmetrical and highly sophisticated with complex mechanisms reflecting the light of reason through a cavern of gloomy ignorance.” 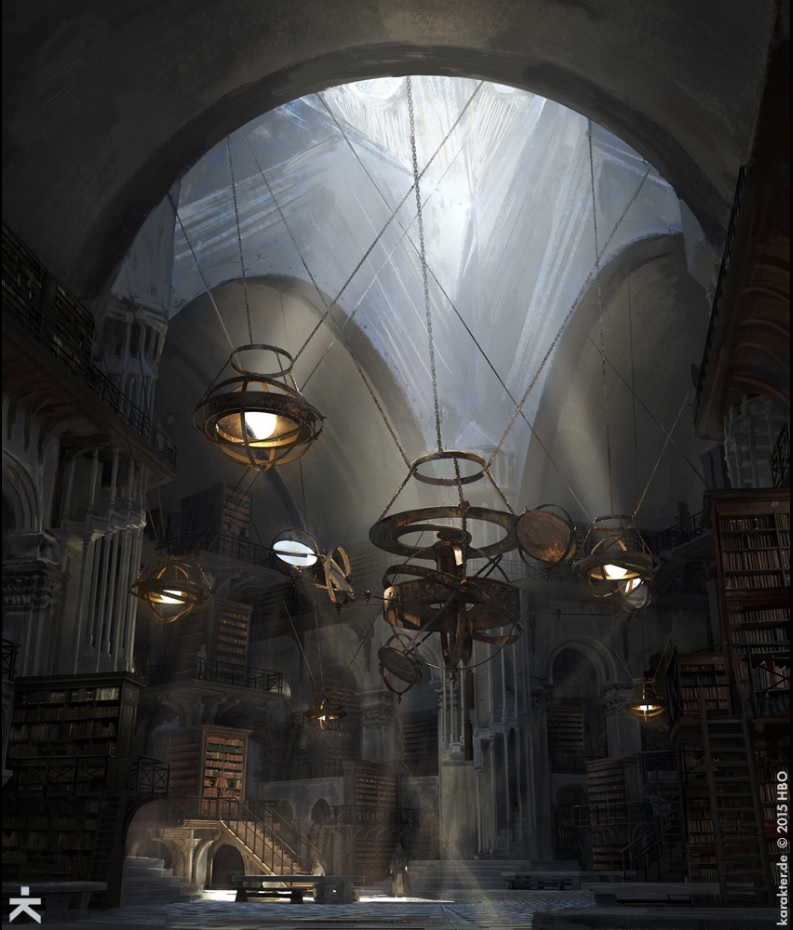 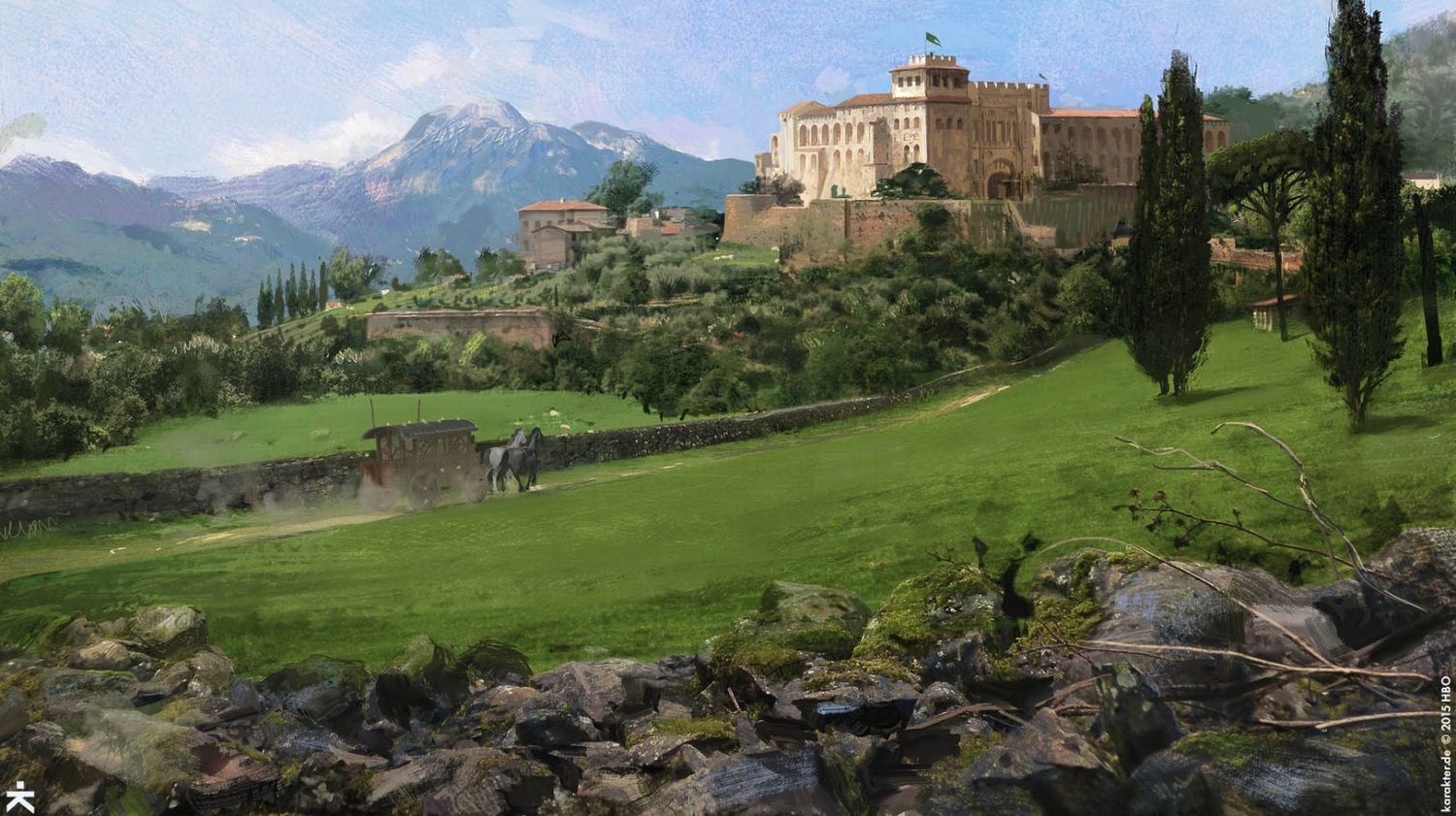 The destruction of Baelor’s sept and High Sparrow’s end by wildfire: 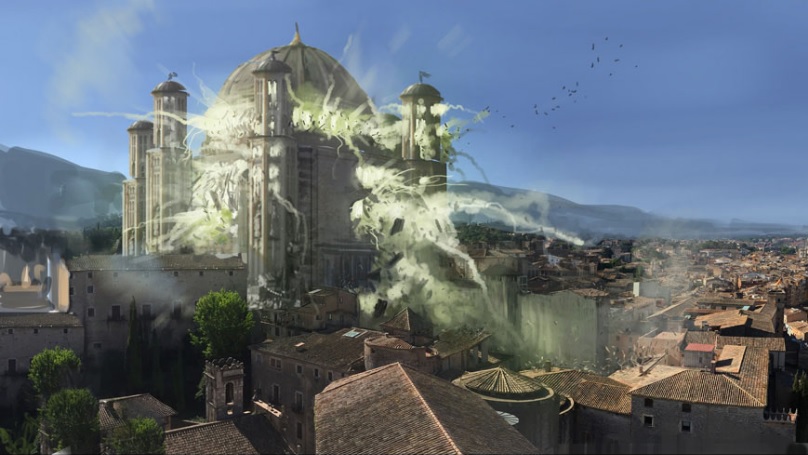 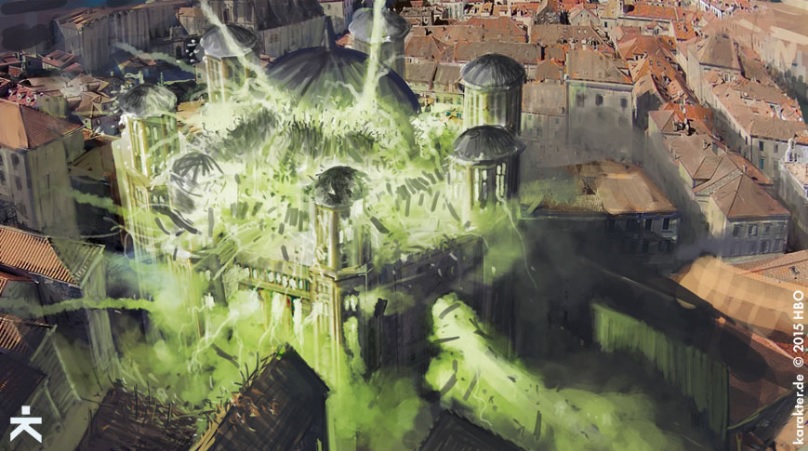 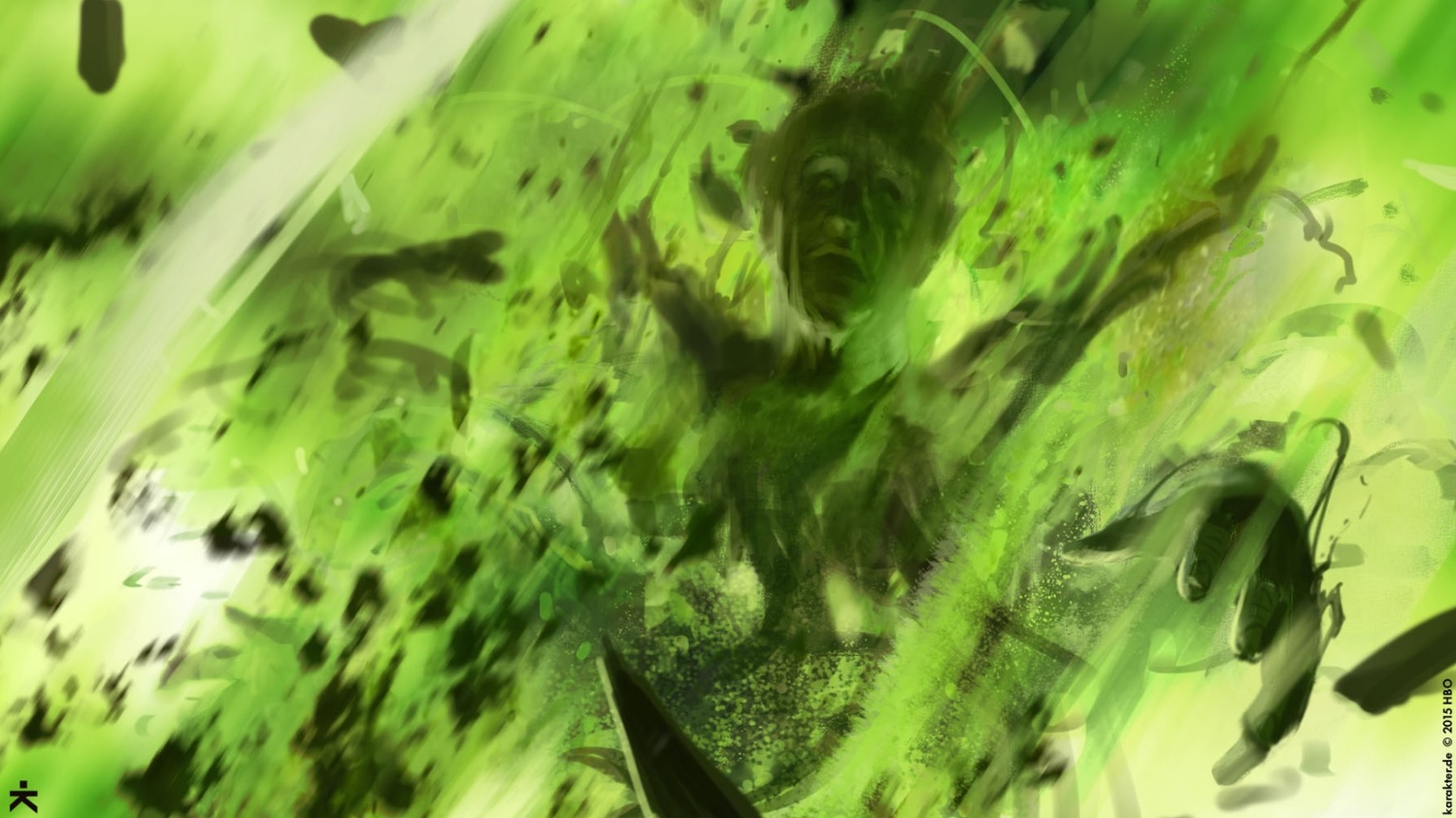 The Siege of Riverrun, with Brienne and Pod: 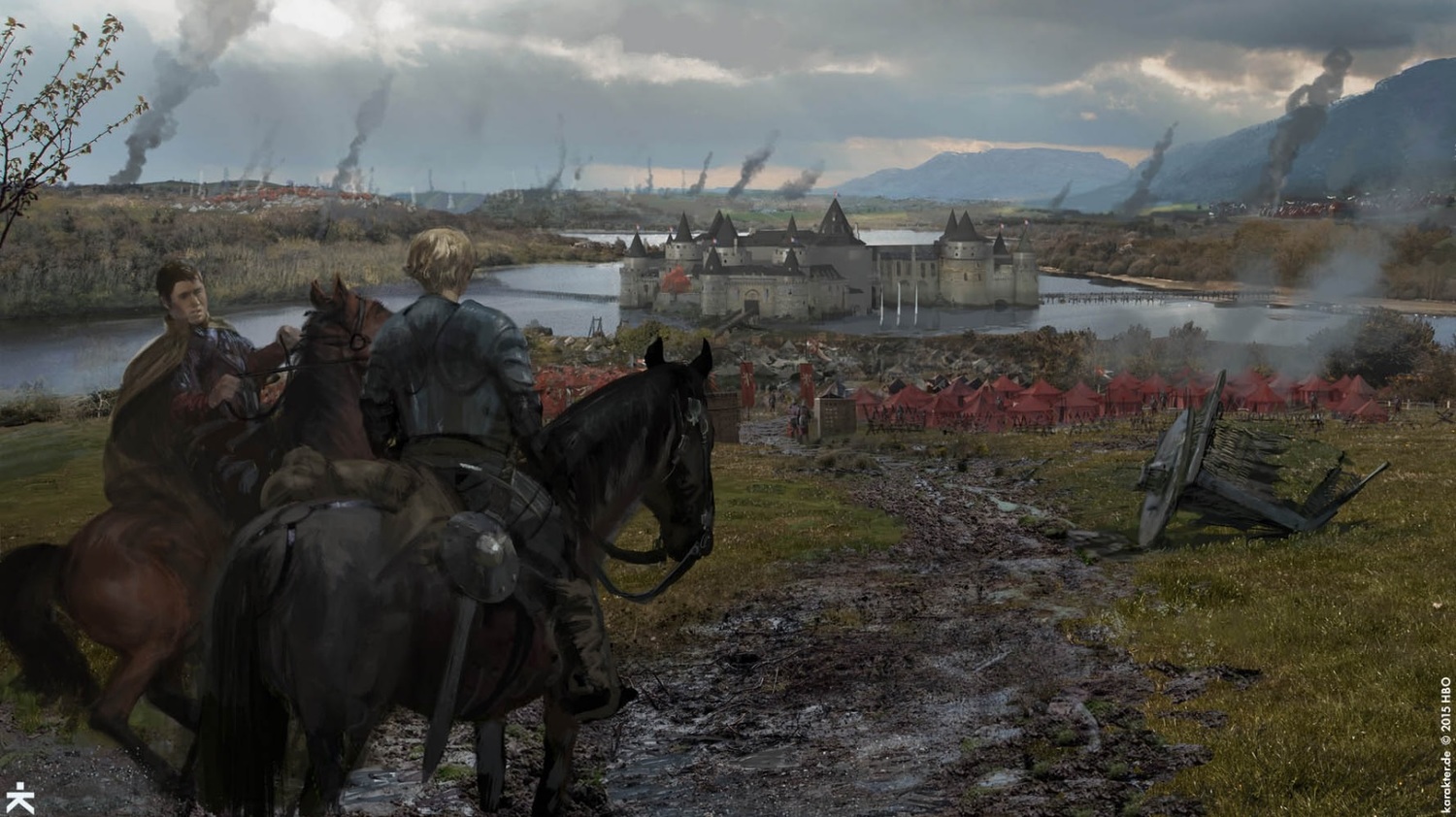 The Night King’s attack on the Three-Eyed Raven’s cave, with the famous door-holding: 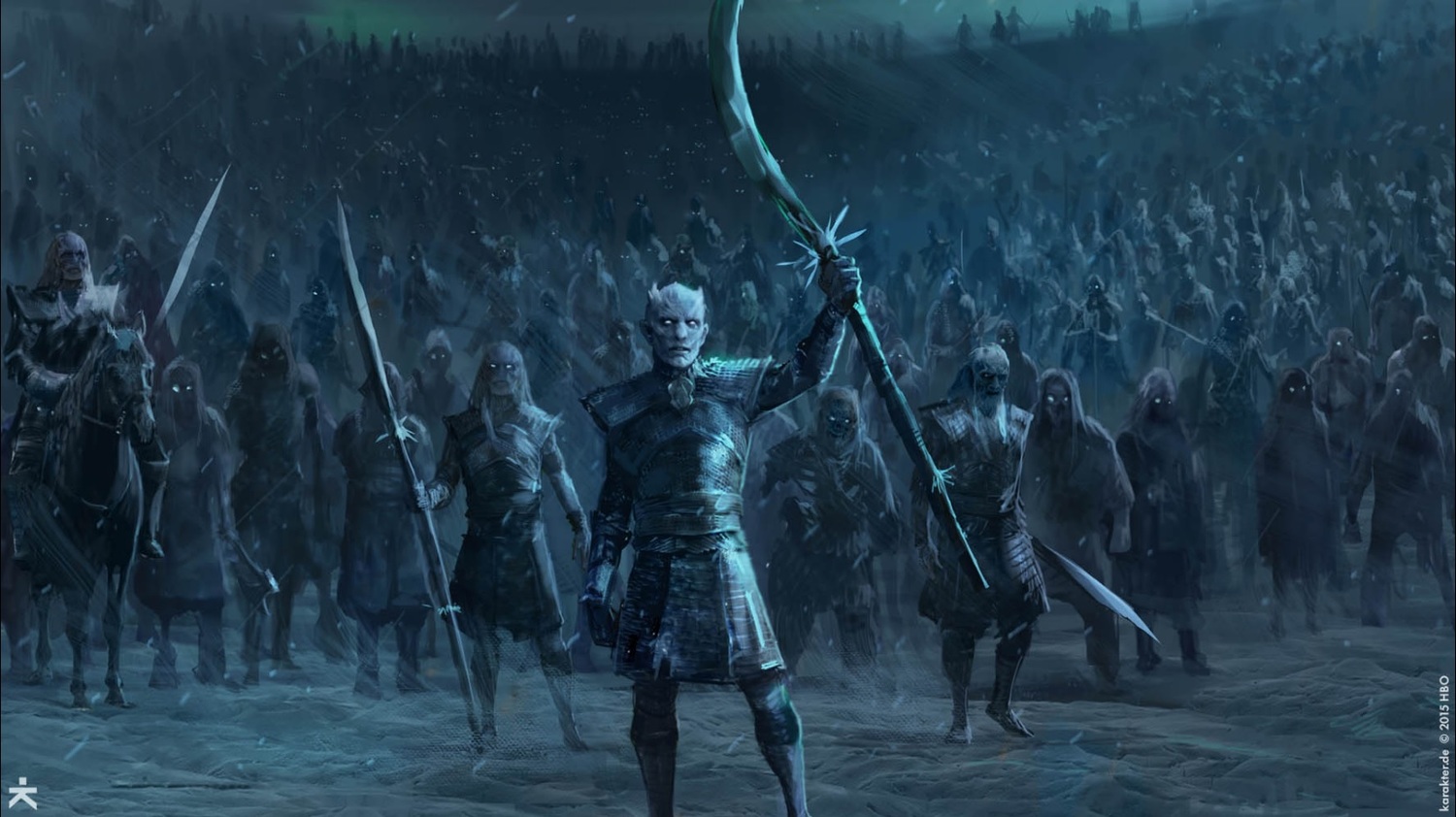 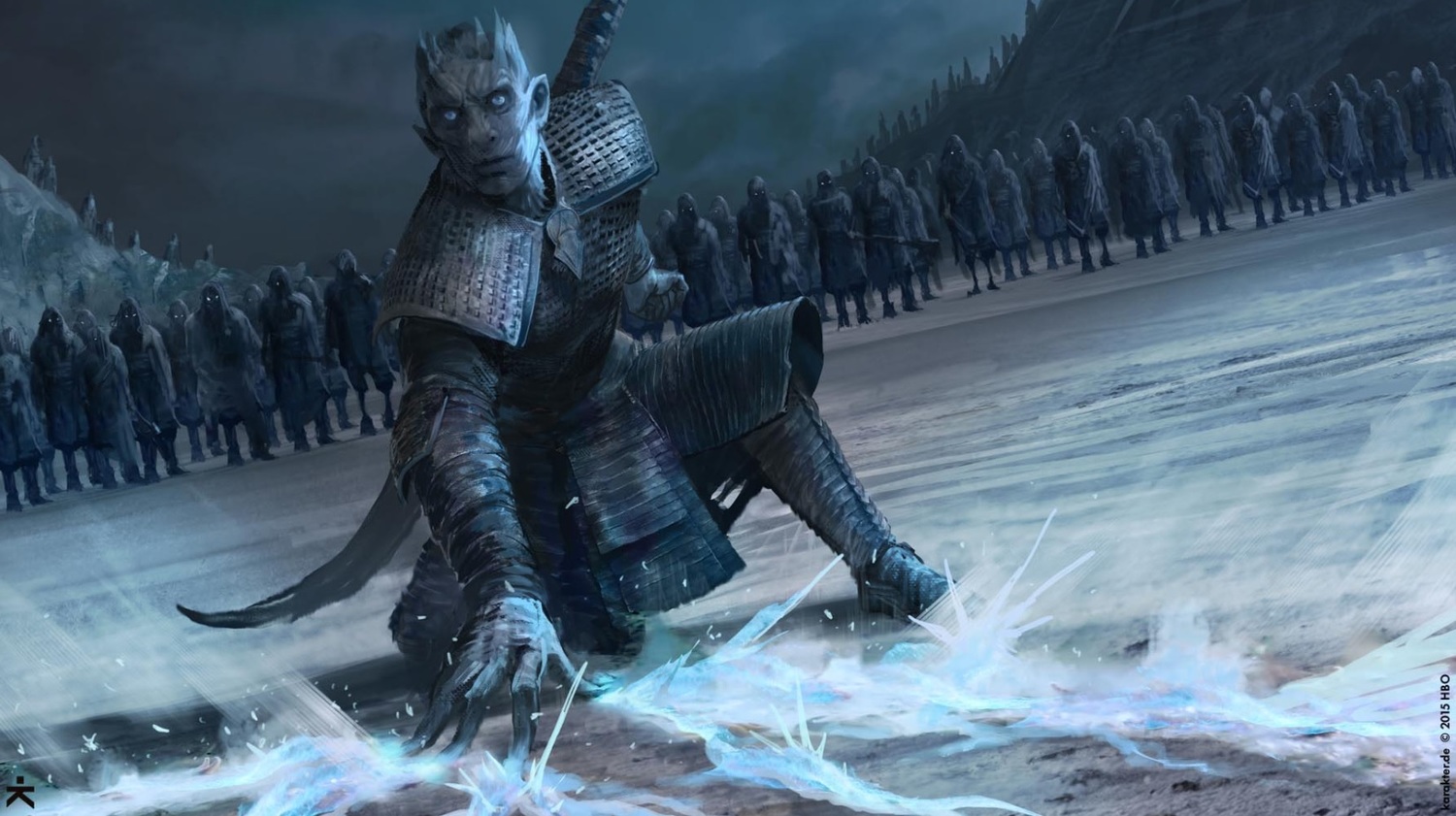 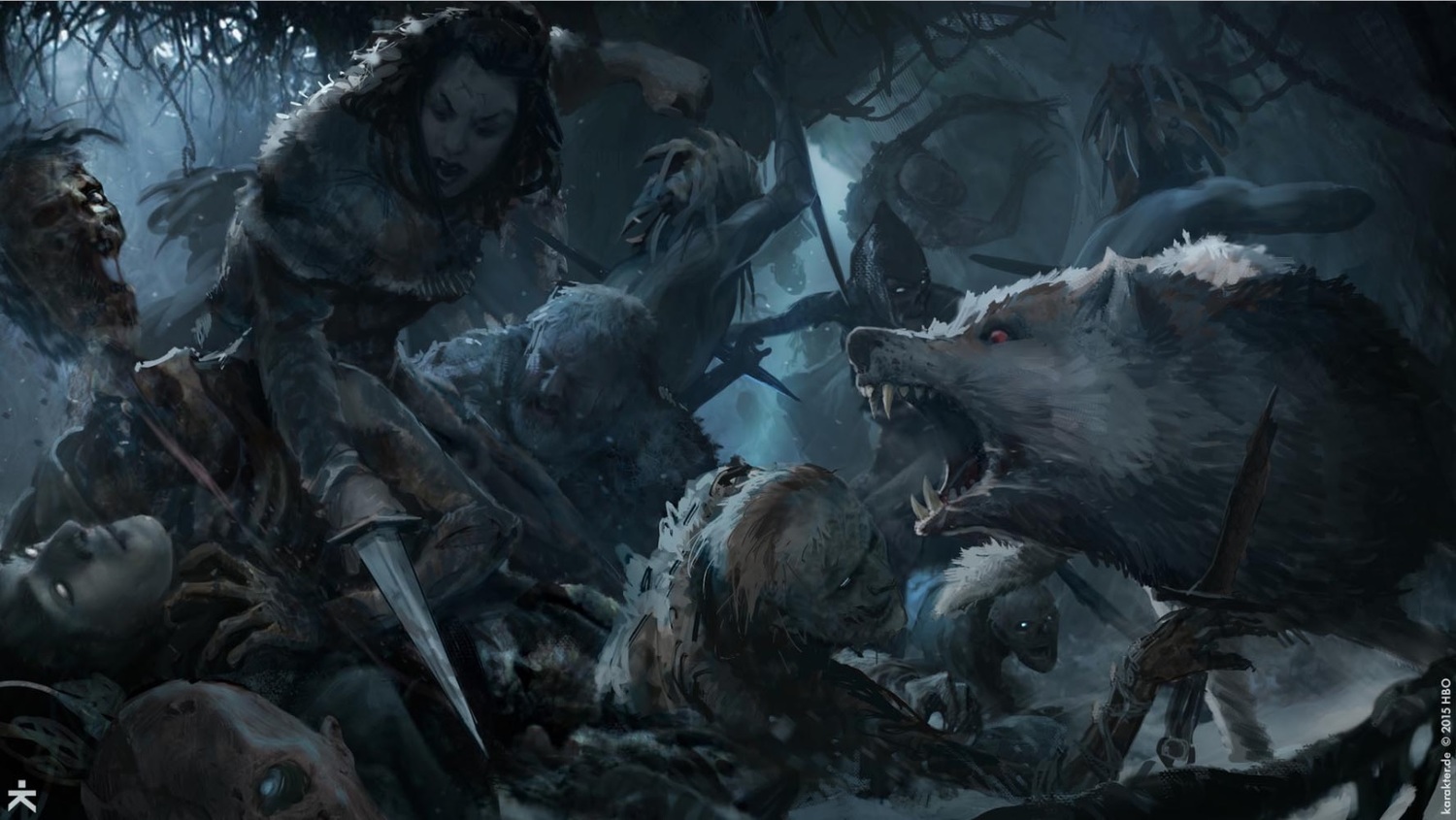 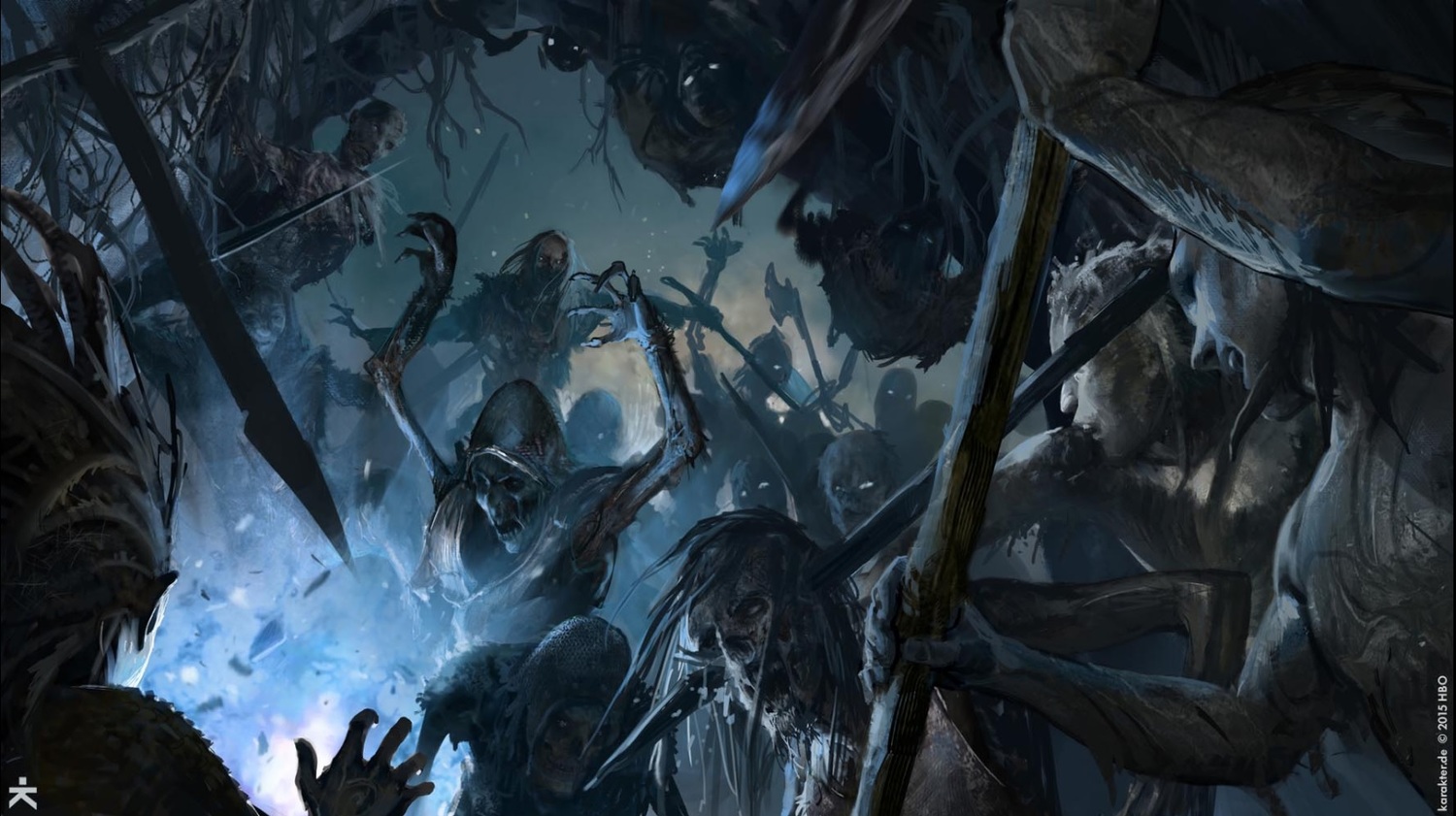 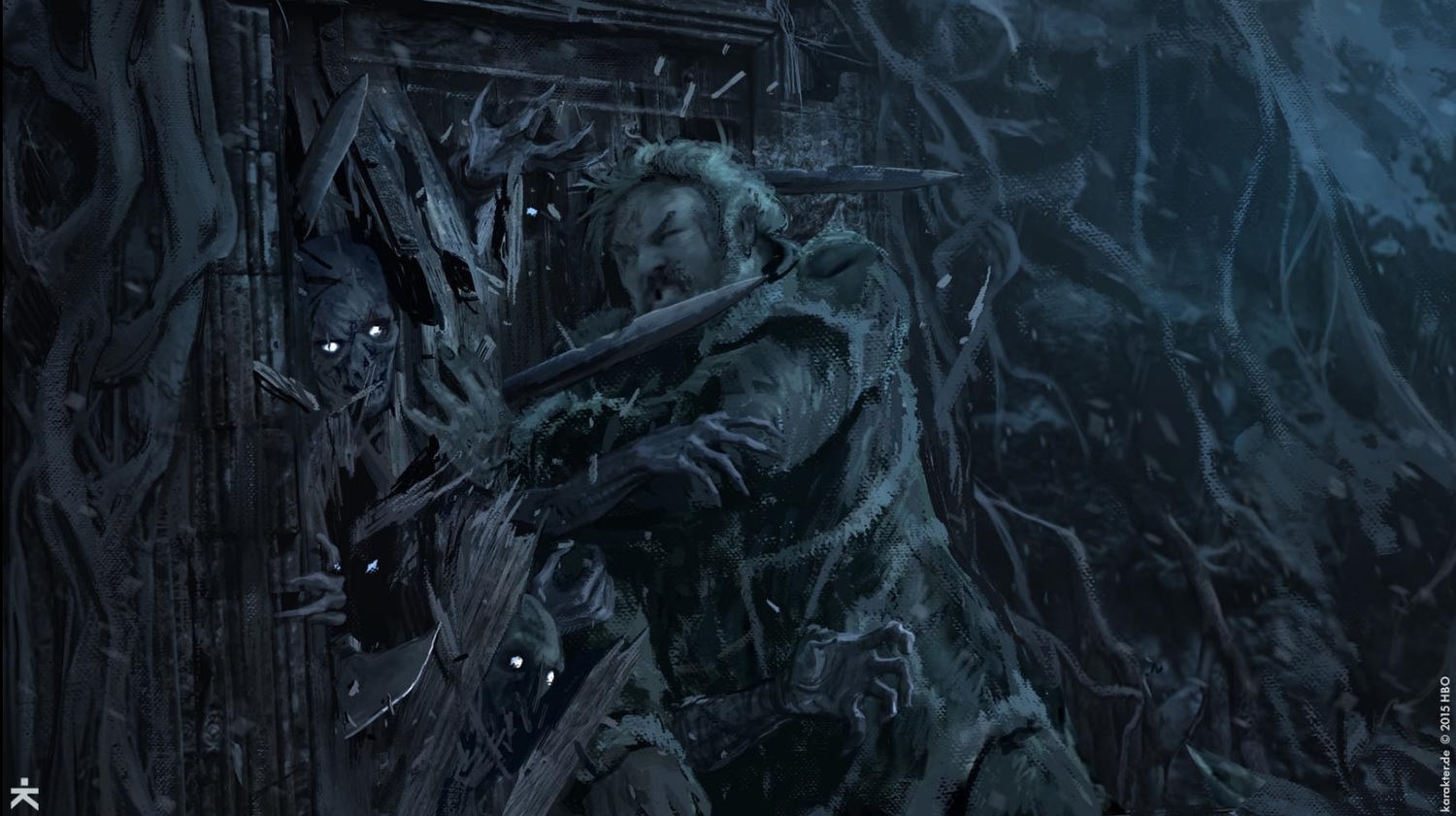 There are even more images at Karakter, so visit their website for the full slate of season 6 concept art!