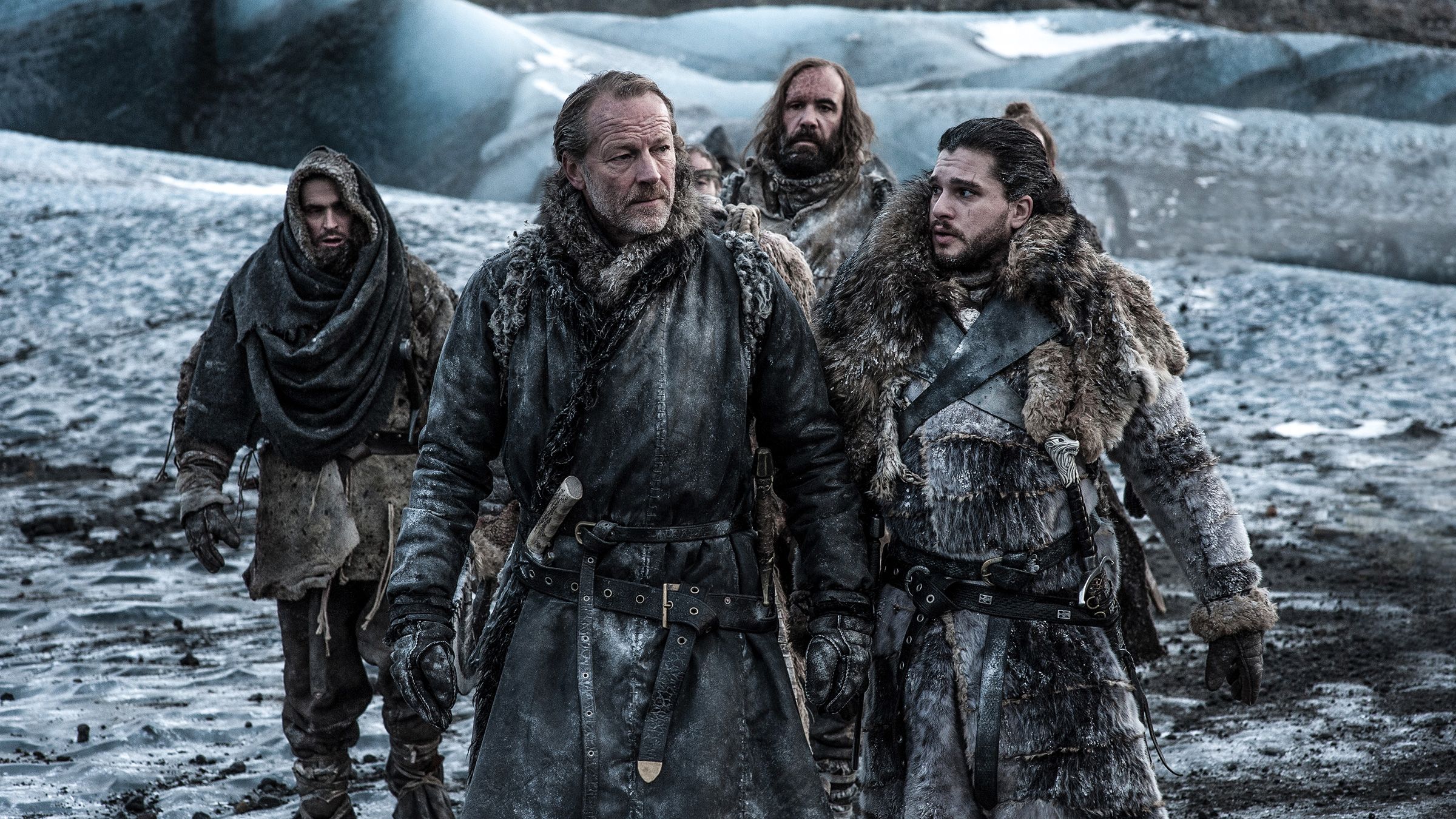 This morning on ITV’s Lorraine, Iain Glen showed up with Ruth Wilson to promote their new BBC drama Mrs. Wilson, based on the remarkable real life story of Wilson’s own family, but Game of Thrones had to come up, and it did, with the Scottish actor proclaiming yet again that season eight’s six final episodes will be particularly long.

Though most of the segment pertains to Mrs. Wilson (and it’s well worth a look), in the last seconds the actors discuss their upcoming projects, including Game of Thrones:

“I don’t know how I [survived this long]; I got every disease known to [man],” the actor first jokes at poor Jorah’s expense, before getting down to brass tacks: “April is when it’s all coming out, and they’re all feature-length episodes. Six of them. [Like] six movies.”

This isn’t the first time Glen makes such claims, though HBO had previously denied them, according to EW. What are we to make of these confusing contradictions, then? Perhaps that what constitutes a “feature” is pretty subjective: depending on who you ask, every Game of Thrones episode ever aired is feature-length, or none of them are.

Will we get six two-hour films as a final season? Of course not. We can forget about that. However, will all the episodes easily pass the one-hour mark, for the first time ever? Season eight director David Nutter seems to think so, and he would know; and showrunners David Benioff & Dan Weiss originally planned to air the final season as three proper theatrical films, which equates to six one-hour-plus episodes quite well.

Also, as I have pointed out before, season seven was shorter too, and its remaining seven episodes were six minutes longer in average, with the longest of them running for an hour and twenty minutes. Meanwhile, season eight will only give us six final episodes, and yet production lasted for almost twice as long as usual. You do the math!