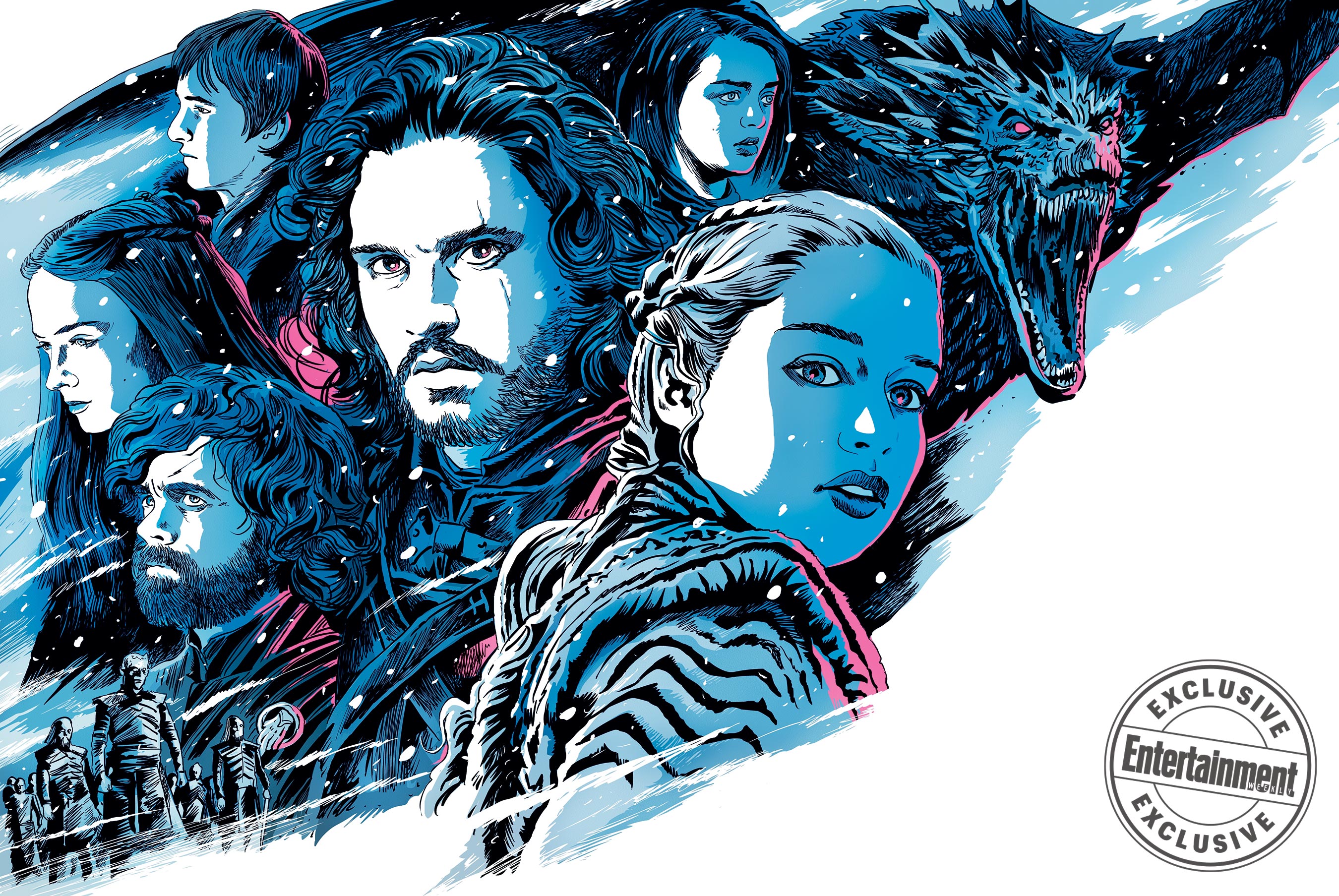 Game of Thrones Season 8 Illustration by Francesco Francavilla for EW

Entertainment Weekly always has the exclusive first look at the next season of Game of Thrones, and this time it’s no different—in fact, they went a step further and for the first time ever posted their entire Season 8 cover story online the same day as the physical issue’s release. Hibberd’s report is extensive, with stories from the tear-jerking read-through, a description of the opening scene, the largest battle scene ever filmed for television being even larger than we thought, and more, including the revelation that this shortened final season has been the plan for longer than you may think!

EW‘s James Hibberd wastes no time in revealing that the plans for a shortened final season have been in the making for years: back in 2012, during the season three set visit, the showrunners David Benioff and Dan Weiss revealed to Hibberd that they were keenly aware of that was coming and their budget, as large as it was, would not cut it:

“We have a very generous budget from HBO, but we know what’s coming down the line and, ultimately, it’s not generous enough,” Benioff said. And, believe it or not, back then, all the way back in 2012, is when they decided to produce six hour-long episodes for the final season, making most of each of them, though at the time the plan was to release them on theaters in pairs, as three films: “It’s what we’re working towards in a perfect world,” Weiss said. “We end up with an epic fantasy story but with the level of familiarity and investment in the characters that are normally impossible in a two-hour movie.”

Obviously, that plan didn’t pan out, as HBO wasn’t that keen on premiering the final season of their cash cow on theaters, but the spirit of the plan survived, and, as EW puts it, the showrunners did eventually “strike a deal with the network to spend two years on a shortened season 8 that would cost more than $15 million an episode.” So it’s easy to believe this will be a mammoth of a final season, in scope, budget, and even attention to the minutest of details: reportedly, for the first time ever, they had the luxury to take their time, filming “several” days for scenes which might once have taken “a day.” 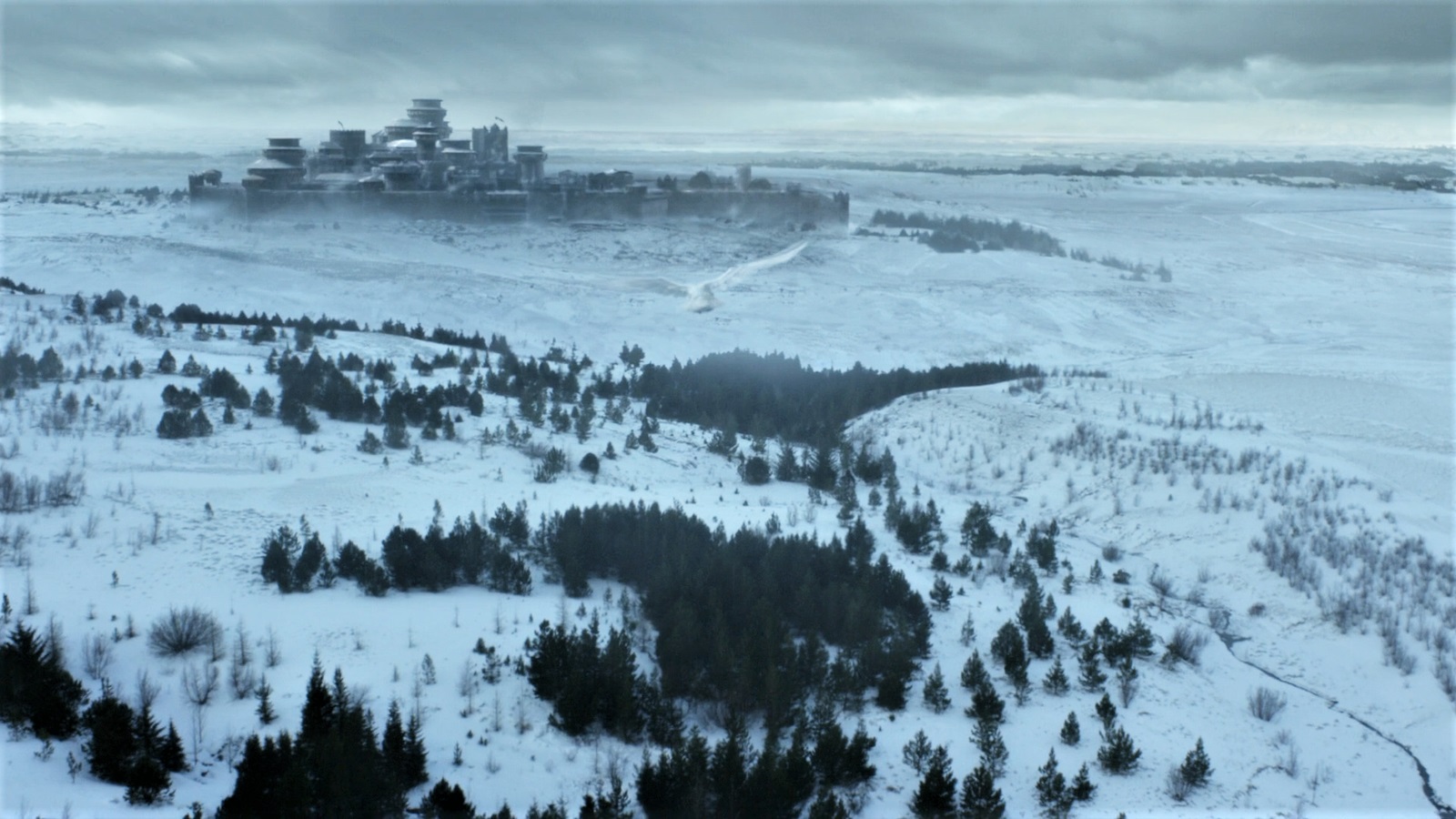 The final season will open where many of us suspected: at Winterfell. The premiere will deal with the arrival of Daenerys in a way that calls back to King Robert’s arrival in the series premiere. As you may imagine, this will be an episode full of reunions and tense first meetings between characters. Sansa, for example, is said to not be “thrilled that Jon bent the knee to his fancy new Targaryen girlfriend, at least not at first.”

This pesky human drama will be interrupted by the White Walker attack on Winterfell that we reported on for months here at Watchers. This mid-season battle episode, directed by Miguel Sapochnik (who helmed Hardhome and Battle of the Bastards before it), took 55 night shoots at the much-expanded Winterfell set, but what Hibberd unveils here is that this was only part of the sequence. After the 55 nights of filming outdoors scenes, Sapochnik continued shooting the battle at Titanic Studios for weeks. According to Peter Dinklage, this battle “makes the Battle of the Bastards look like a theme park.”

If you aren’t into Game of Thrones for bombastic action and all of this is already making you feel a bit fatigued, don’t worry, as Benioff agrees with you: “Having the largest battle doesn’t sound very exciting — it actually sounds pretty boring. Part of our [and] Miguel’s challenge is how to keep that compelling… we’ve been building toward this since the very beginning, it’s the living against the dead, and you can’t do that in a 12-minute sequence.” To accomplish this, the battle will move amongst locations and characters throughout Winterfell, following their different perspectives as part of the larger battle.

Finally, a scene from the series finale is also described, or rather frustratingly alluded to, in which Hibberd notes “there are characters” he “did not expect.” As mysterious as that may be, I’m sure that’s speculation fodder for many of us. Who could return that most of us didn’t expect? Daario Naharis? Jaqen H’ghar? Someone even weirder?

For more, including anecdotes from the read-through and filming by the main cast, read the cover story at EW! There’s a lot there, so you really should read it in its entirety!