The first official photo from Game of Thrones Season 8 has been revealed! | Watchers on the Wall | A Game of Thrones Community for Breaking News, Casting, and Commentary 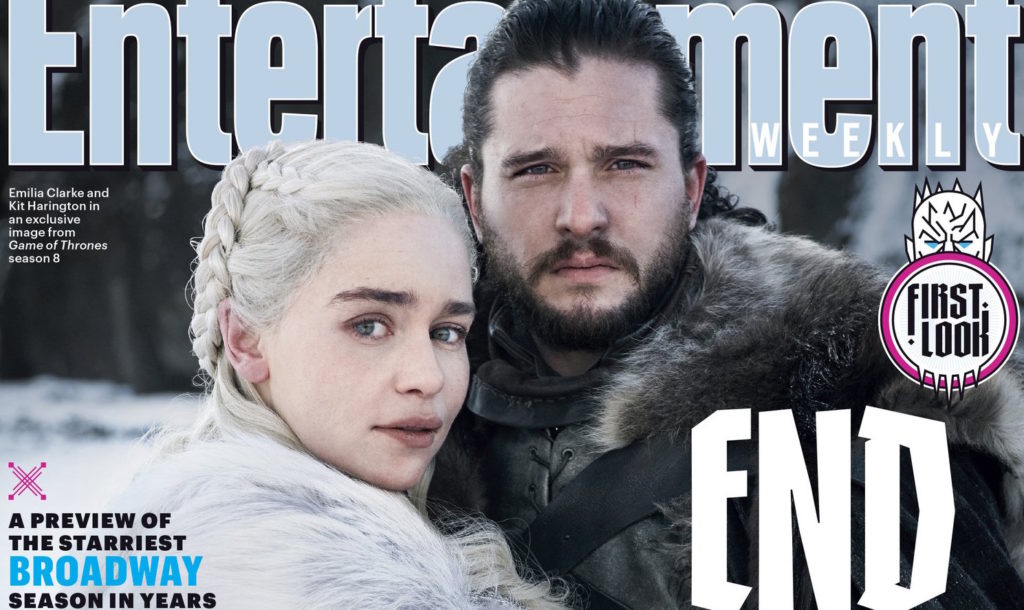 The next issue of Entertainment Weekly will offer a first look at the final season of Game of Thrones, which means the just released cover is the first official season eight photo! 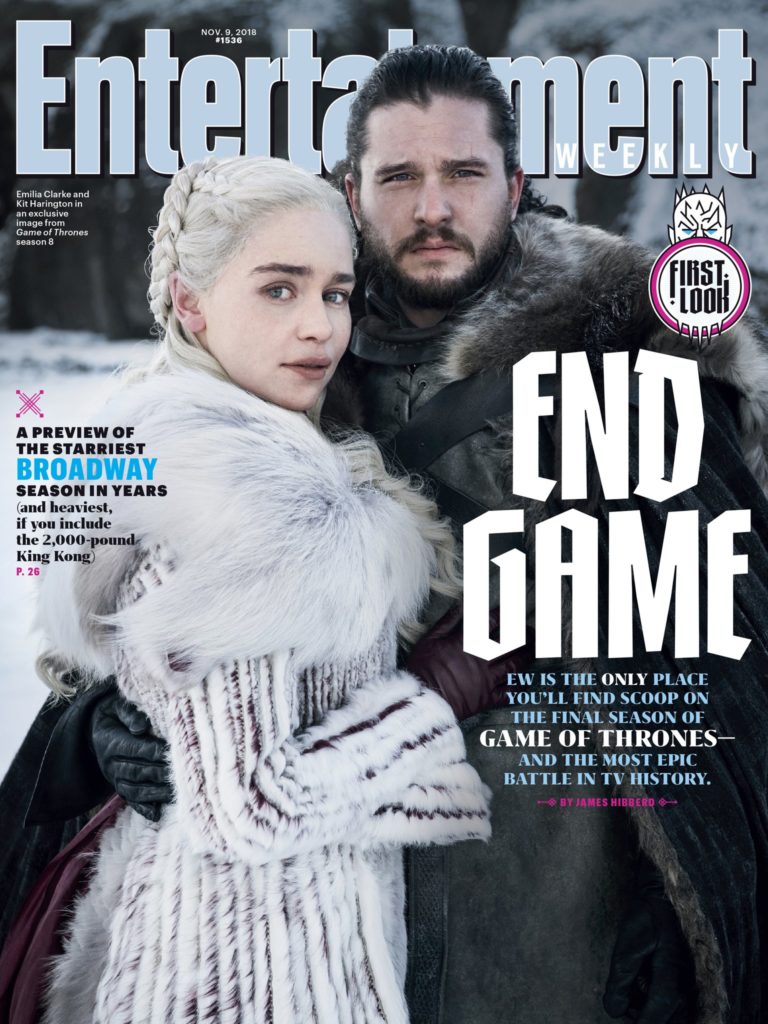 The cover feels reminiscent of an Entertainment Weekly issue from 2013, which similarly featured Kit Harington and Emilia Clarke together in costume. The differences in dress and posture, most notably Daenerys wearing a new version of her fan-favorite fur dress ( now with added red,) and Jon’s hand on her back, are testaments to how far these characters have come. Back in 2013, they had never even shared the screen!

“[Season 8 is] about all of these disparate characters coming together to face a common enemy, dealing with their own past, and defining the person they want to be in the face of certain death,” Bryan Cogman told Entertainment Weekly. “It’s an incredibly emotional haunting bittersweet final season and I think it honors very much what [George R.R. Martin] set out to do — which is flipping this kind of story on its head.”

Harington and Clarke both spoke candidly about the intensity of the 10-month shoot.

“It’s relentless; scenes that would have been a one-day shoot five years ago are now a five-day shoot,” Harington said. “They want to get it right, they want to shoot everything every single way so they have options.”

“[Camera] checks take longer, costumes are a bit better, hair and makeup a bit sharper — every choice, every conversation, every attitude, has this air of ‘this is it,’” Clarke added. “Everything feels more intense.”

On a lighter note, in the on-set video above the cast played another (perhaps final?) round of “Would You Rather? Westeros Edition”.

So, there it is. This means promotion for season eight will only ramp up from now on! What do you think about this first look?