Game of Thrones season 6 casting info has been hard to come by this year, with the show being especially tight with their announcements. We know you’re dying to know who is playing Euron or Randyll, but until we find out, here are a few season 6 casting tidbits to tide you over! 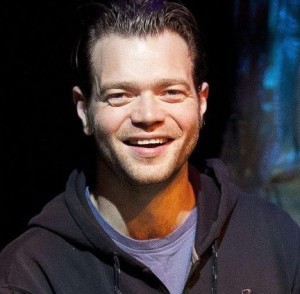 According to an Icelandic news report, Jóhannes Haukur Jóhannesson has won a small role on season 6 of Game of Thrones. The Icelandic actor will reportedly play a part in two episodes this season. The actor is probably best known to English-speaking audiences from his role as Thomas in A.D.: The Bible Continues.

His specific role in Game of Thrones has not been confirmed, but given that he’s been chatting with Ricky Champ on Twitter who is playing an outlaw, and that the outlaw characters listed for season 6 are all two-episodes ones, I think most likely Jóhannes is playing another of the outlaw brethren.

Northern Irish actor Andrew Bryan will be playing a Bolton Officer in season 6, according to his Spotlight CV. His agency website noted he’s already been filming the role, and it looks like he finished shooting on August 19th.

According to his agency resume, Irish actor Tristan Heanue will be appearing in the new season. His role is unknown, but our sources tell us that it’s a minor one. A quick look over his Twitter tells us he’s newly following Gwendoline Christie and Daniel Portman- and Andrew Bryan. So I wouldn’t be surprised to see him turn up with the Boltons, as well.

And does this mean Brienne and Pod are due for another encounter with Bolton men? They are still deep into Bolton territory.

Thanks to WotW reader Greenjones for help with rounding up the Johannes info!