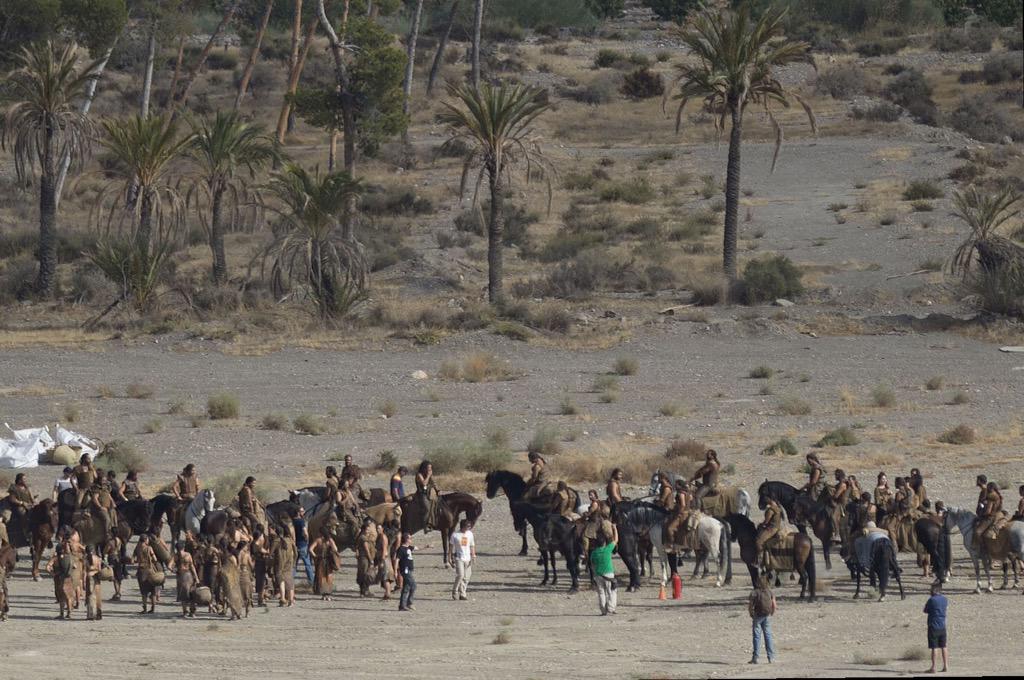 New pictures have surfaced of Game of Thrones season six filming in the Almería province of Spain. Numerous Dothraki extras and horses are on set.

Local representatives of Almería and Fresco Film Services commented on the commencing on shooting in the province, according to La Voz de Almería.

Antonio Jesus Rodriguez, the Deputy of Culture, reconfirmed that the shooting locations will include sites at El Chorrillo Sierra Alhamilla, Tabernas, Sorbas, Mesa Roldan in Carboneras and the Alcazaba. He also said that there could be another town in Almería added at the last minute.

Location manager Pedro Aráez says, “The value of Almeria is obvious: the semi-desert landscape is central to the choice of locations.”

Check out a few images from the new filming below, plus the latest casting notice to fall into our hands!

From Twitter,  via Kargaryen, we have the following images, which appear to showcase a number of the 2,400 extras we previously reported on,  and from the number of horses and costume stylings it looks like the Dothraki are in business!

Yahoo Noticias shared the below image of the set: 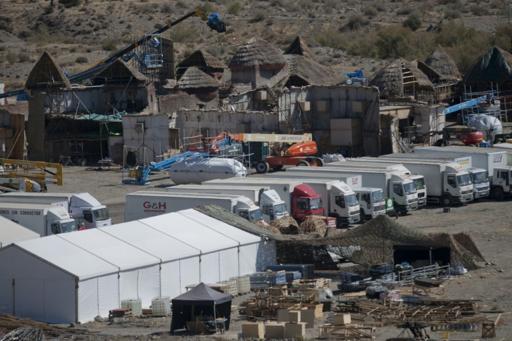 …while Ideal.es posted this one of the filming in Sierra Alhamilla 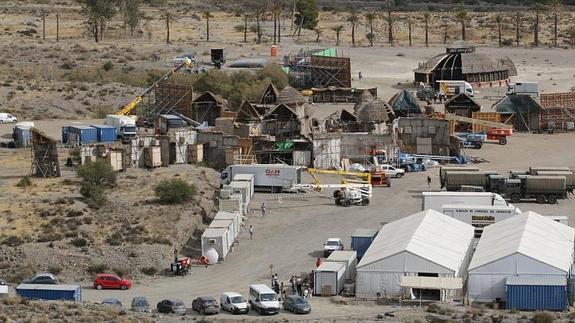 Looks like there’s a lot going on in Almería right about now!

In other news, one of our sources has informed us of a new casting call!

Captain of the Tower. Aged 35 – 45. The captain is in charge of the security of a castle. He’s an able soldier, physically fit, commanding and capable. He has a lot of dialogue in a scene where he is with his superiors and has to make a difficult decision.  This is a one-scene part with leading cast. The role shoots for one week, commencing December 2nd in Northern Ireland.

What do we think, guys?  The location suggests he’ll be part of the Northern story-line, place your bets now!