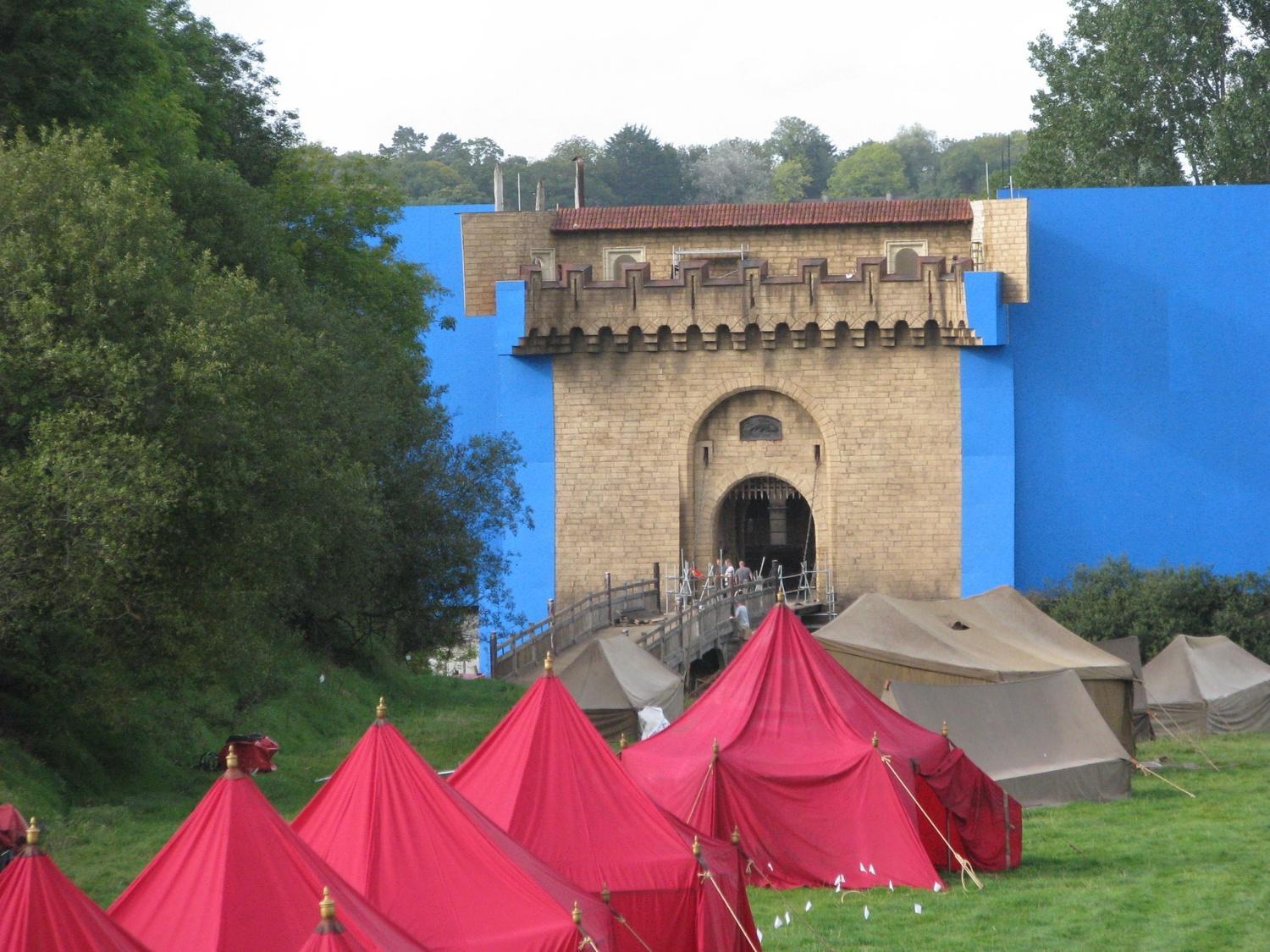 The Game of Thrones filming scheduled to begin tomorrow in Corbet, Northern Ireland has been delayed, according to our sources.

The castle-and-drawbridge set in the County Down town has been under construction for the last few weeks, with tents and more structures springing up. The visible trout sigil over the entryway made it apparent that this must be Riverrun, the home of House Tully. More wooden structures have been built in front of the castle facade over the last week or so.

According to our sources, filming will not begin tomorrow because there have been some objections to a very, very large structure being built. It will have to be examined by local representatives to see if it broke the rules in the original planning application. Due to this, filming can’t begin on time. The next inspection will take place possibly on Tuesday, and hopefully, filming in Corbet for Riverrun will start after that.

There was no indication whether it was the castlefront facade itself that was the issue, another large piece of the set such as the drawbridge, or something else newly built.

An unfortunate delay, but hopefully everything gets sorted out quickly! Those of you hoping to spot a few Tullys around Northern Ireland tomorrow will just have to wait a few more days.