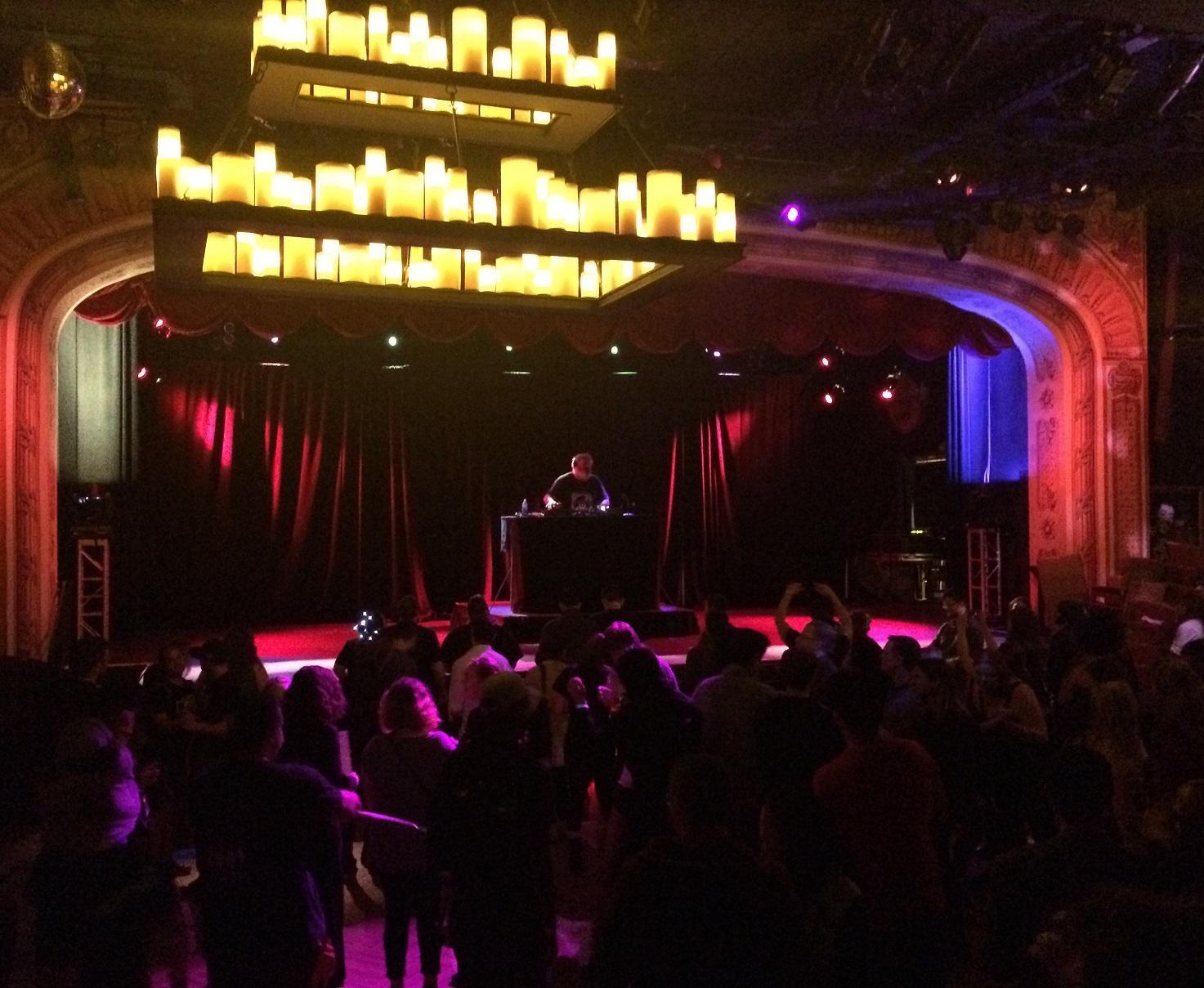 It was a scorching Night of Ice and Fire at the Hard Rock Cafe, last night in Times Square. Game of Thrones stars Kristian Nairn, Finn Jones, and Keisha Castle-Hughes hit the stage to chat with Game of Owns. Conlanger David J. Peterson stopped by to share a lesson in Valyrian, and Fire & Lunch threw the official Game of Thrones costume contest of New York Comic Con. Brewery Ommegang (makers of the official GoT brews) joined us, and we capped off the night with a Rave of Thrones set from Kristian Nairn. Most importantly, passionate Game of Thrones fans were there, celebrating what they love.

I was there last night too, to party with everyone else so let me walk you all through the night! 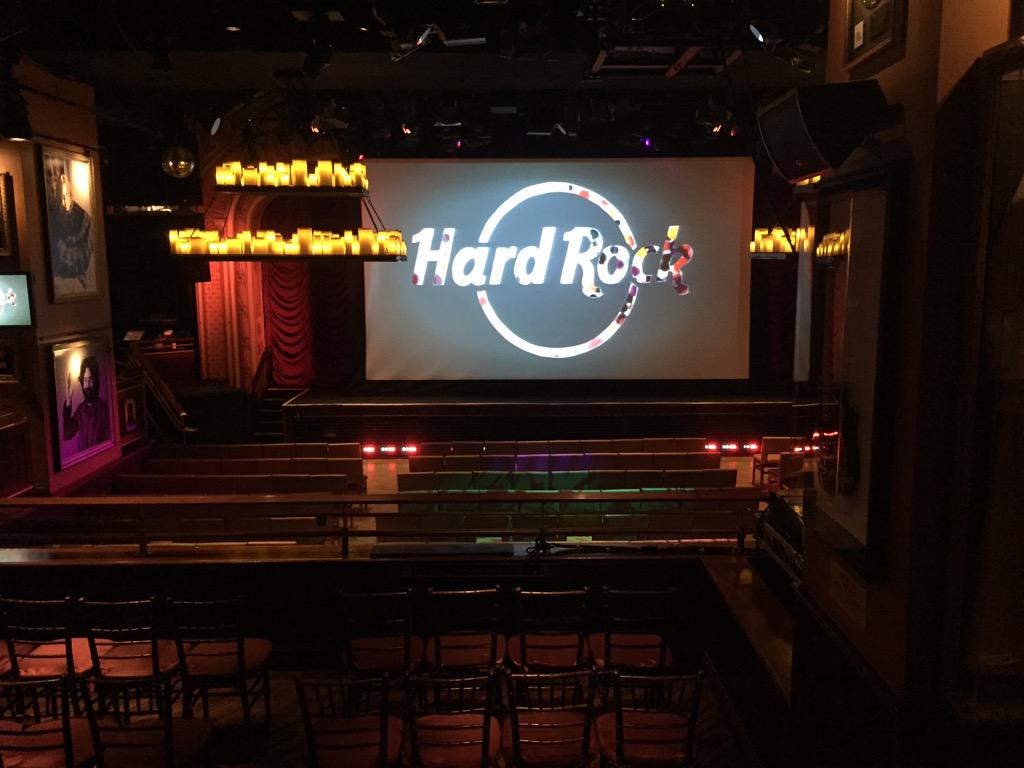 This was the Hard Rock Cafe event area, before we filled it with rockin’ nerds. The staff were wonderfully accommodating and helpful.

Watchers on the Wall had our table at the event, showing off the contest prizes for the evening and also our newly available T-shirts for sale! (Ignore how poorly folded they are in this photo. Fire & Lunch kept rescuing them and I just kept messing them up. You should see my laundry basket.) 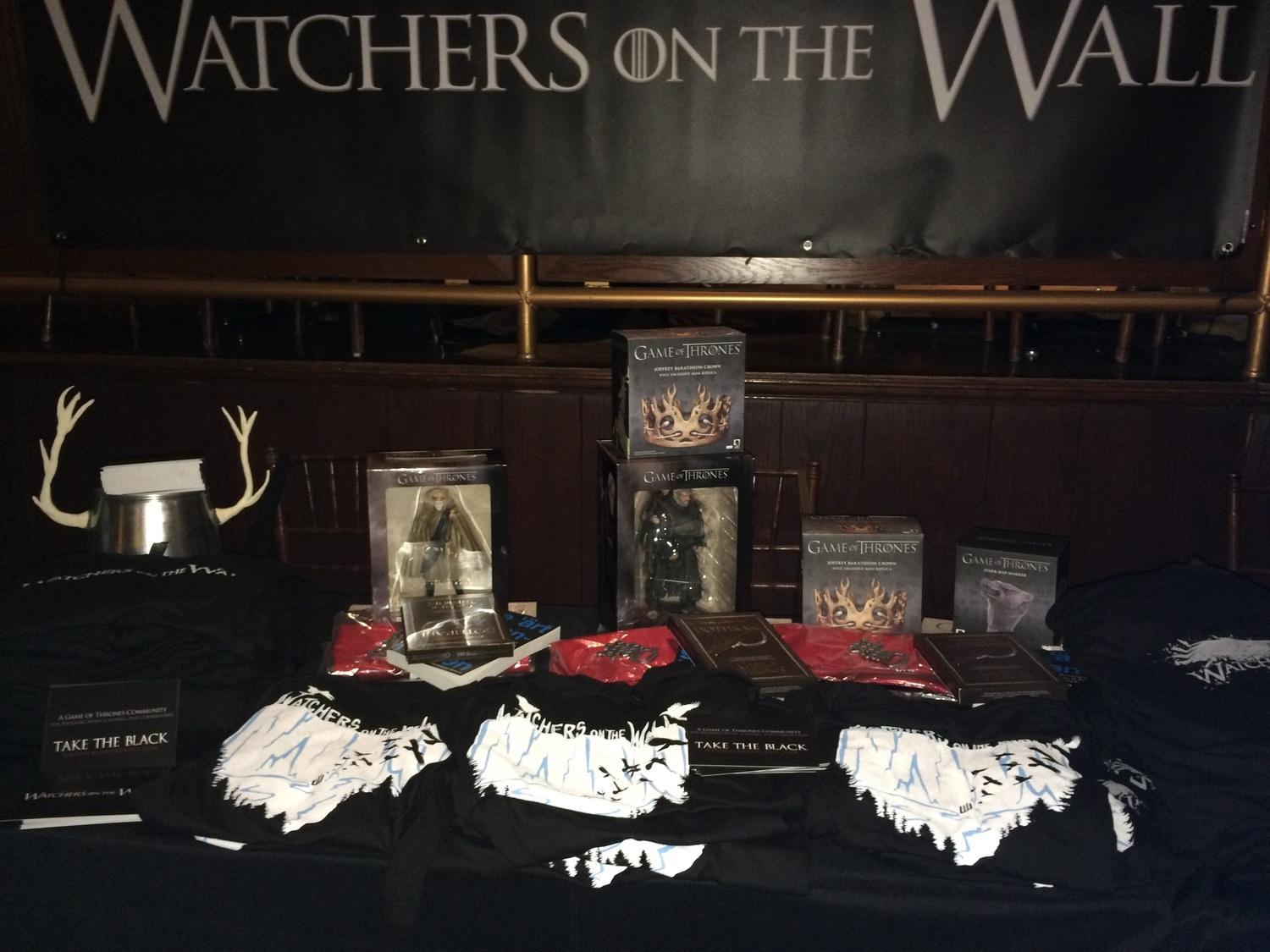 Joining me at the event was WotW reader David aka SirSquinty, who graciously helped out running our table. Here he is pimping our goods. 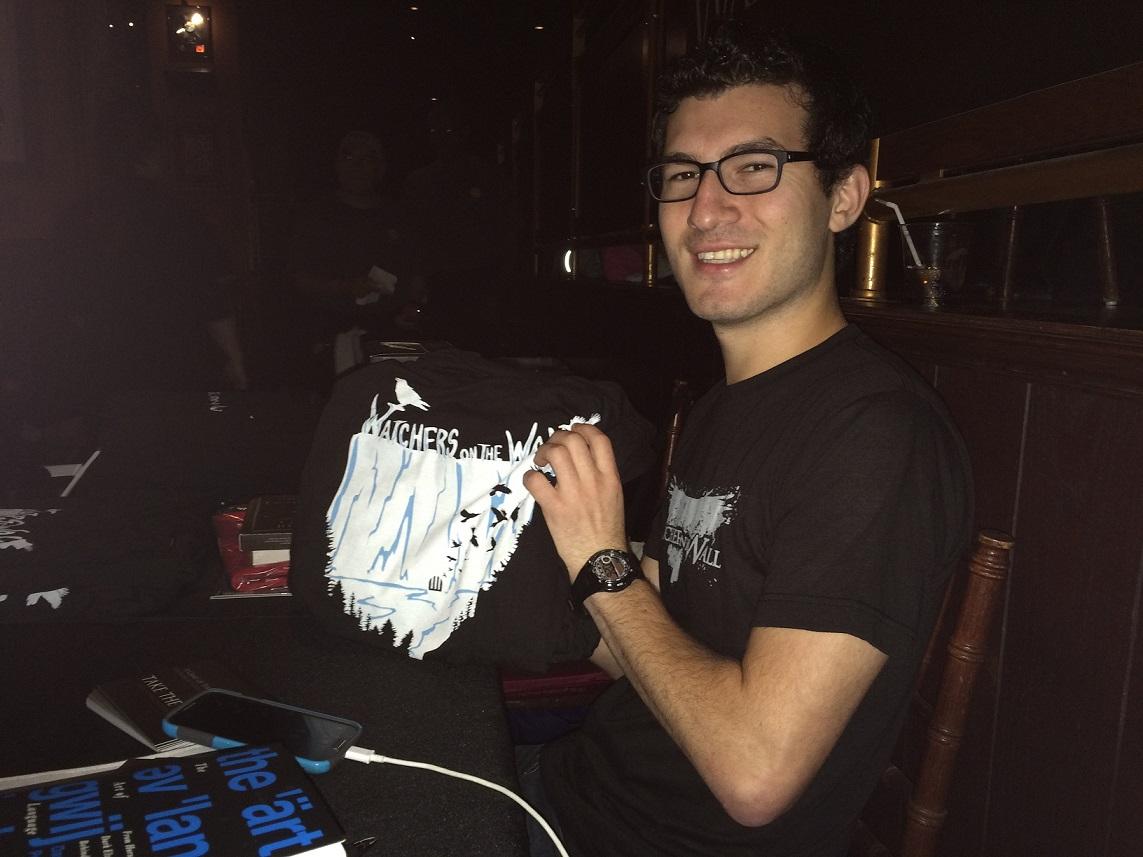 After an introduction by the event mastermind and host Zack Luye, Fire & Lunch kicked off the festivities with the contest portion of the night.

David J. Peterson is a respected conlanger and author of Living Language Dothraki and The Art of Language Invention. Naturally we had him wearing a bucket on his head and dancing. He was amazing.

The ladies of @FireandLunch had the honor of judging a cosplay contest with the awesome @Dedalvs tonight pic.twitter.com/Zr46FdFpjG

A very enthusiastic group of fans showed off their cosplay and chatted with the contest hosts about their choices. The awards were given based on craftsmanship and personality displayed.

Marci, with her incredible homemade dark-Sansa costume, was the 1st place winner. She took home a grand prize package including a $100 Gift Certificate to HalloweenCostumes.com, and prizes generously donated by Dark Horse Comics, Brewery Ommegang and David J. Peterson.

And the winner of the @FireandLunch costume contest is Alayne Stone! #NYCC2015 pic.twitter.com/7GY6CAnug4

Second place went to the absolutely stunning Margaery cosplayer, who received a prize package of gifts from Dark Horse Comics, Brewery Ommegang and David J. Peterson. Everyone who entered the costume contest received a Watchers on the Wall T-shirt.

The Westerosi Spelling Bee was a brilliant idea from the Fire & Lunch gang. People have a hard enough time spelling these names sober. (Have you seen our comments section?) Add some liquor into the equation and then it gets really interesting.

Oh, and the word that won the spelling bee?  “Vhagar.” It’s those damn Valyrian spellings.

Live from New York… It's Game of Owns! #NYCC2015 pic.twitter.com/yPZo4ekgaw

Finally, it was time for Game of Owns to take the stage. Zack, Eric, Micah, and Hannah welcomed Kristian, Keisha, and Finn to the podcast for a large and lively group conversation. I won’t spoil the details of their talk because the episode will be ready for you all in a couple days. Suffice to say that these cast members are just as warm, humorous and good-hearted as they’re often said to be.

Such an incredible night with @gameofowns!! #hodor #loras #obara pic.twitter.com/KySv1089uU

The audience clearly wanted to ask them questions about season 6 and about things the actors aren’t allowed to discuss. You’ll find out when the new Game of Owns episode debuts how the actors handled the audience Q&A! 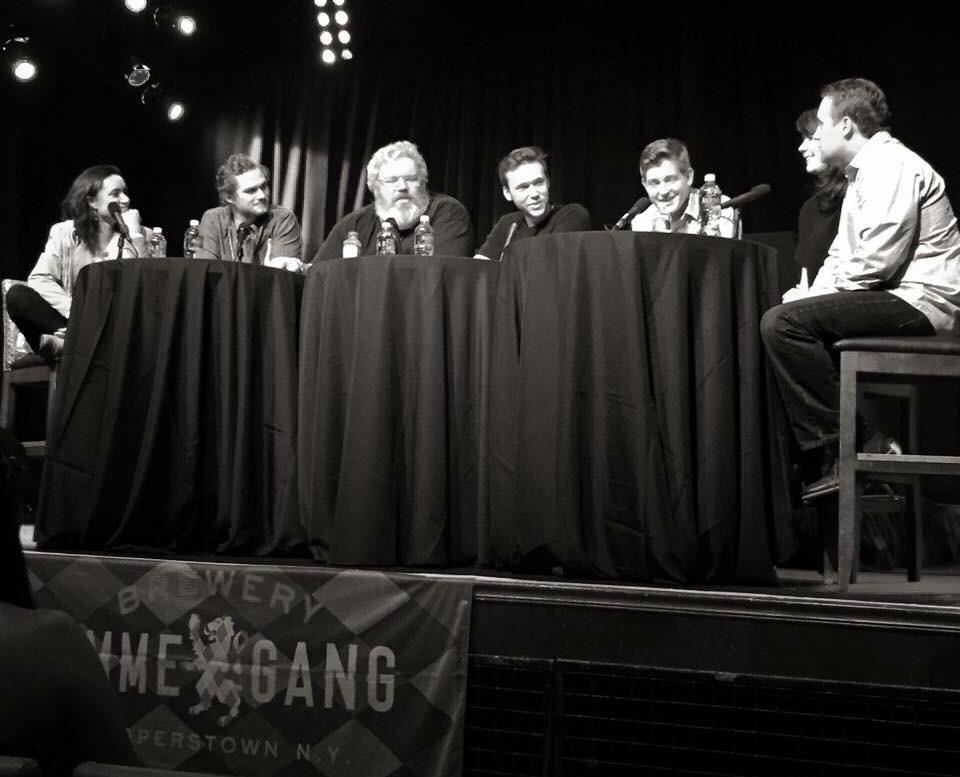 After the Game of Owns podcast hour, we were treated to a talk from Peterson, who shared the process involved in creating and translating scenes, in this case in Valyrian, for Game of Thrones. Peterson chose an example: Daenerys’s famous “Dracarys!” scene from season 3 for the demonstration, and after replaying the entire scene, people cheered as loudly as ever.

And then the big man himself came out and DJed for us to finish off the evening.

The fans hit the dance floor to enjoy Kristian’s harmonious spinning, and no one danced harder than Keisha Castle-Hughes.

The party was a resounding success, thanks to the fans. Once again, I’m struck by what an incredibly open, diverse and spirited fandom we have, and what a pleasure it is to spend time with you all.

From us to you, thanks for attending last night's #NightOfIceAndFire event. 'Til next time, bannermen! pic.twitter.com/ZtZhNfqjkL

Thanks to artist Mike Burns for providing the gorgeous poster art for the event!