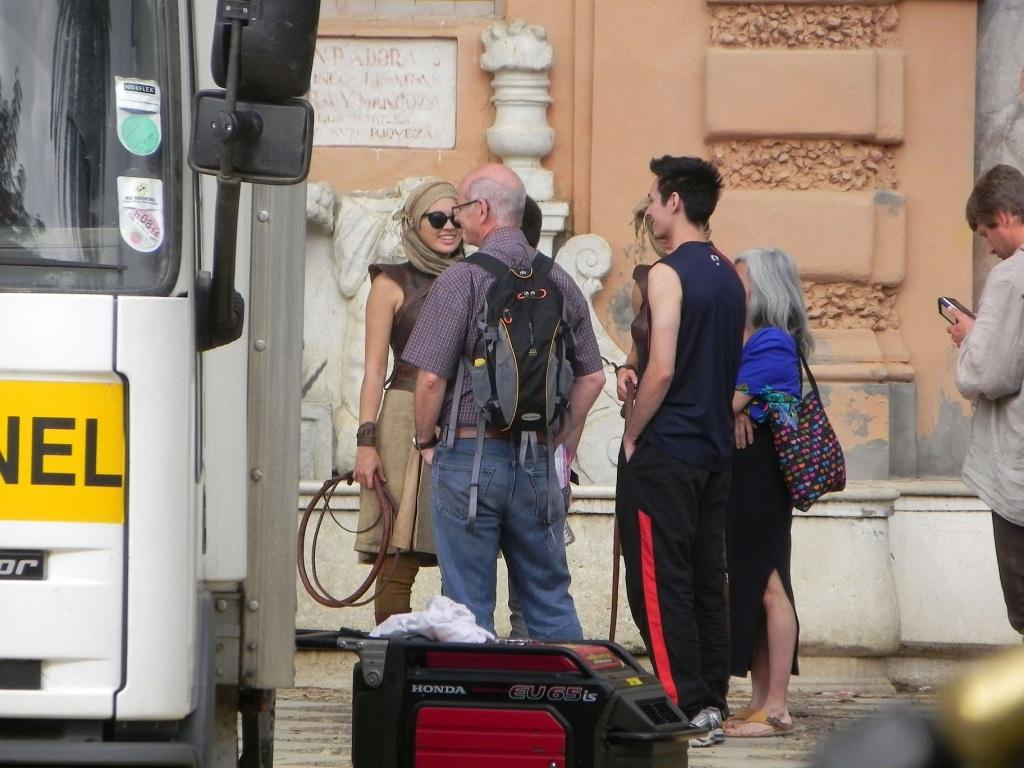 It’s been an exciting week for Game of Thrones fans, with our first looks at new characters such as Trystane Martell, Areo Hotah, and Doran Martell, and now we have our first glimpse of the Sand Snakes in costume.

*SPOILERS beneath the cut*
Jessica Henwick, Keisha Castle-Hughes, and Rosabell Laurenti-Sellers, the actresses who portray Nymeria, Obara, and Tyene Sand, were reportedly filming a fight scene this week, during Alcázar of Seville filming. We can see in these photos that the actresses, along with their stunt doubles, are wearing light Dornish armor and carrying weapons.

Henwick, who portrays Nymeria, is front and center above, and below next to her similarly whip-wielding double. 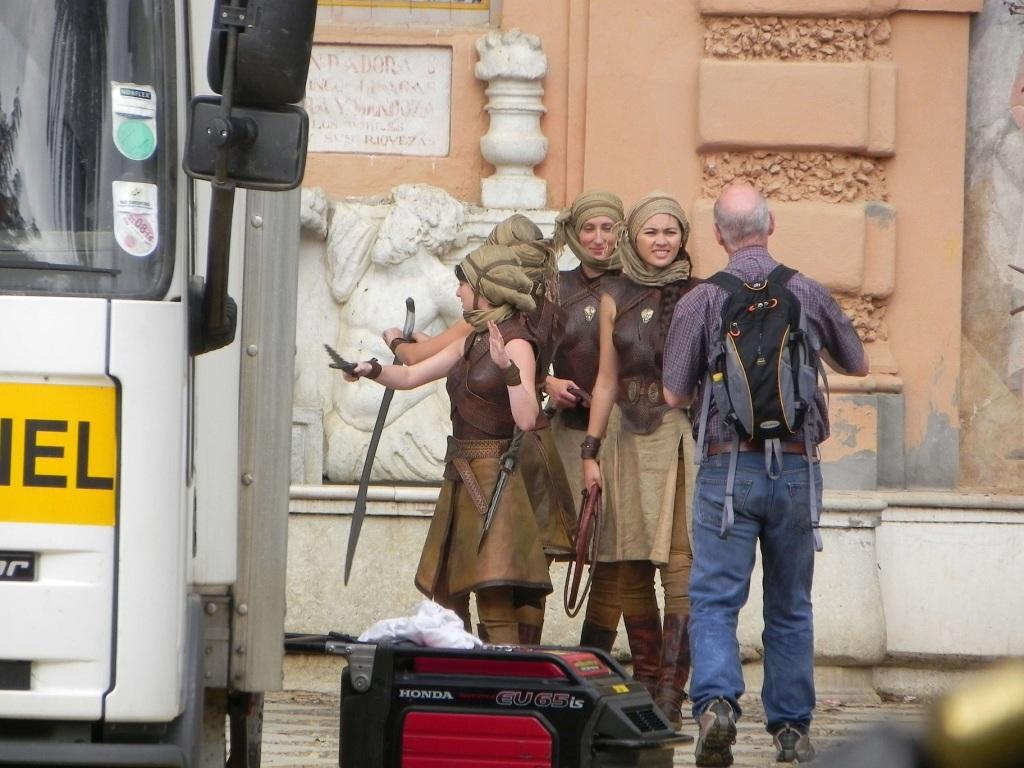 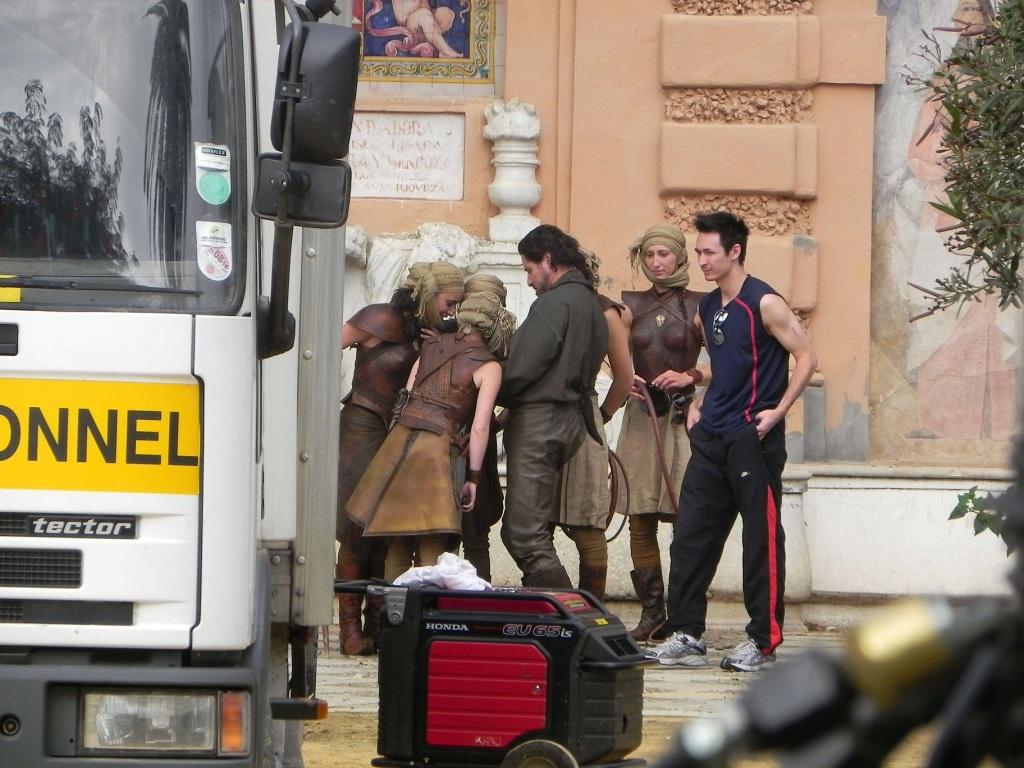 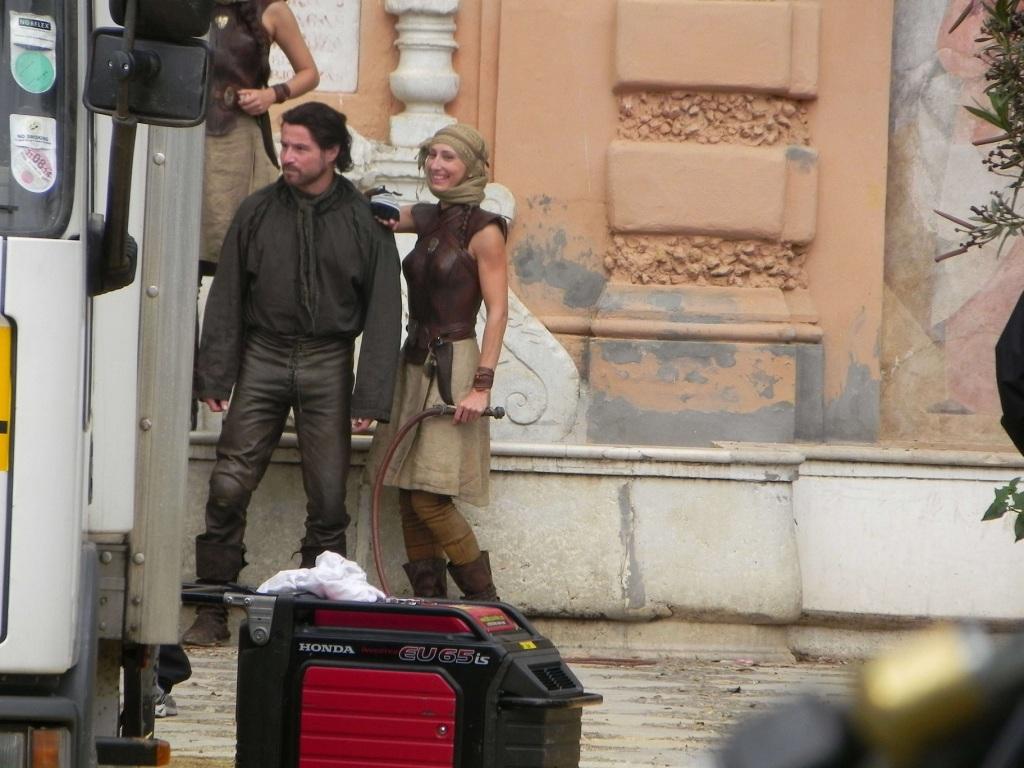 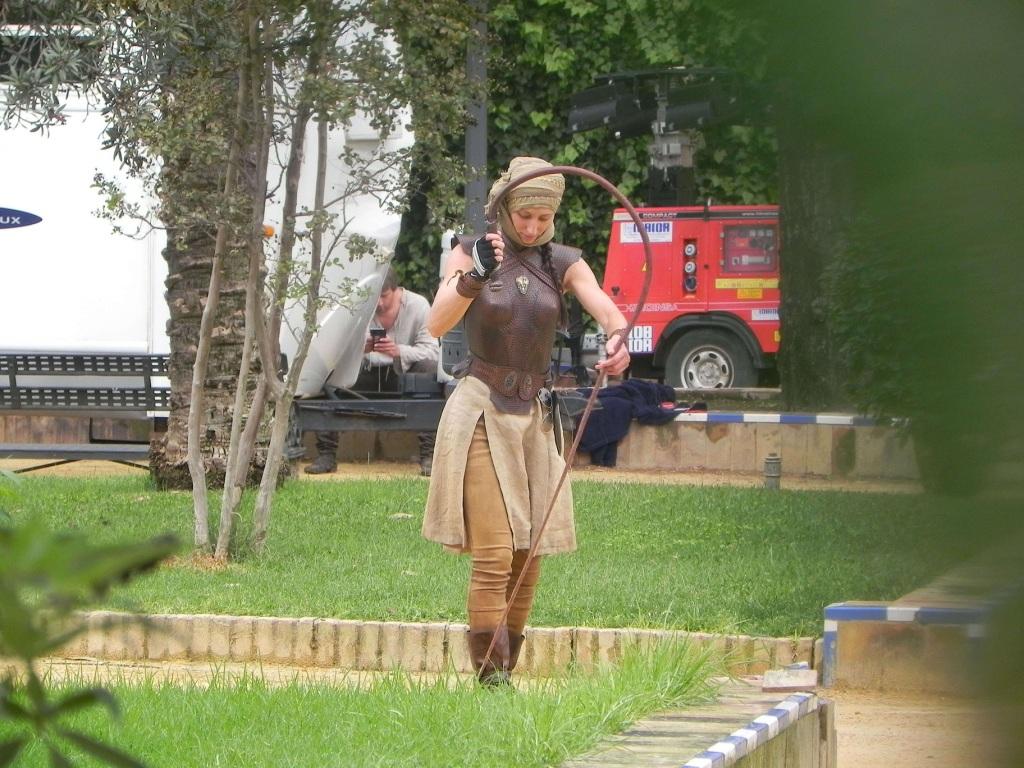 Also spotted this week at the Alcázar of Seville was a surprising sight: Michiel Huisman (Daario Naharis) and Iain Glen (Jorah Mormont), just outside the Jardines de Murillo. 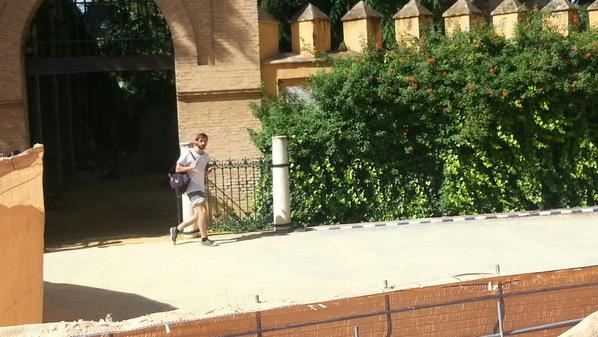 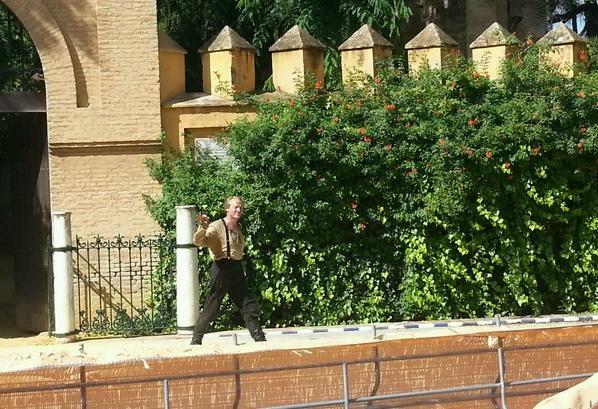 Given that it’s unlikely Daario and Jorah are both in Dorne, it appears that portions of the Alcázar are being used for Daenerys’ storyline. Some of the sunny patios and rooms of the palace would be suitable for Meereen.

Another interesting tidbit comes from El Pais. According to the newssite, during the filming of the Jaime Lannister-in-Dorne scene featured in several publications this week, the reporters saw another actor on the set they were familiar with from the show.  The reporters were told not to reveal who it was that they saw, because “No one knows that this character is in this scene – it would be a spoiler!”