First images of Myrcella, Trystane, and Areo Hotah in costume | Watchers on the Wall | A Game of Thrones Community for Breaking News, Casting, and Commentary 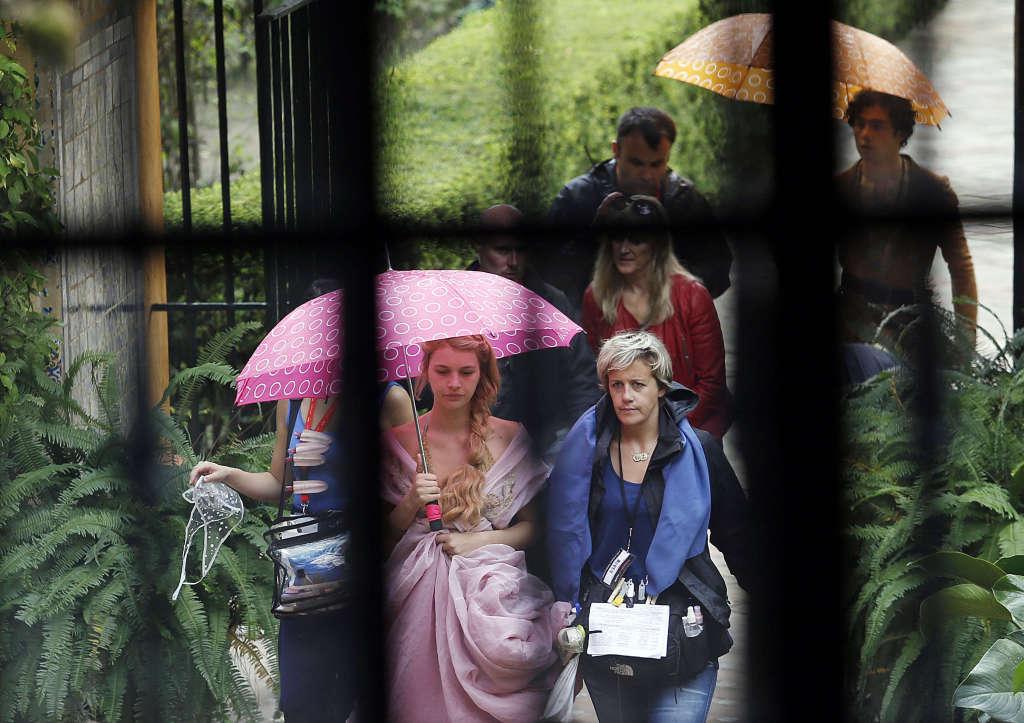 Game of Thrones has been filming at the Alcázar of Seville all week, with cast members such as Nell Tiger Free and Toby Sebastian spotted near the set. Today, we have photos of some of the stars in costume!

Above, Free as the new Princess Myrcella is seen in a gown, followed further back by Sebastian as Trystane Martell. Also present for filming was DeObia Oparei, who plays the bodyguard Areo Hotah. Given the presence of Myrcella, Trystane, and Hotah, perhaps they were working on the scene mentioned in this spoiler-laden leak from yesterday? 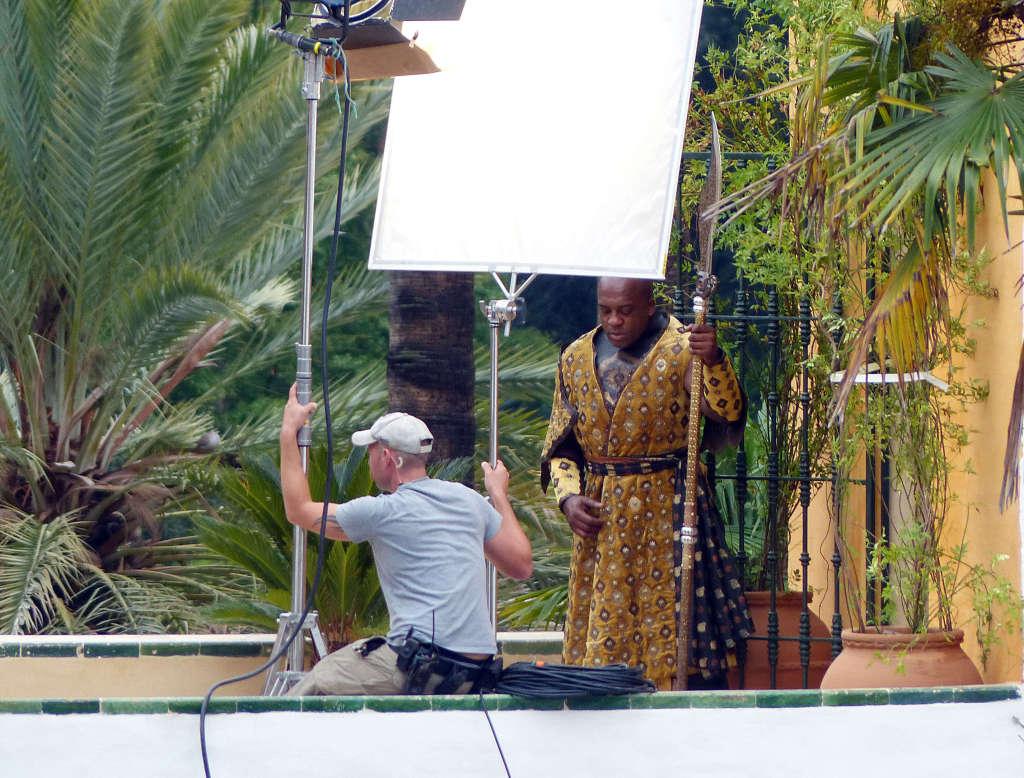 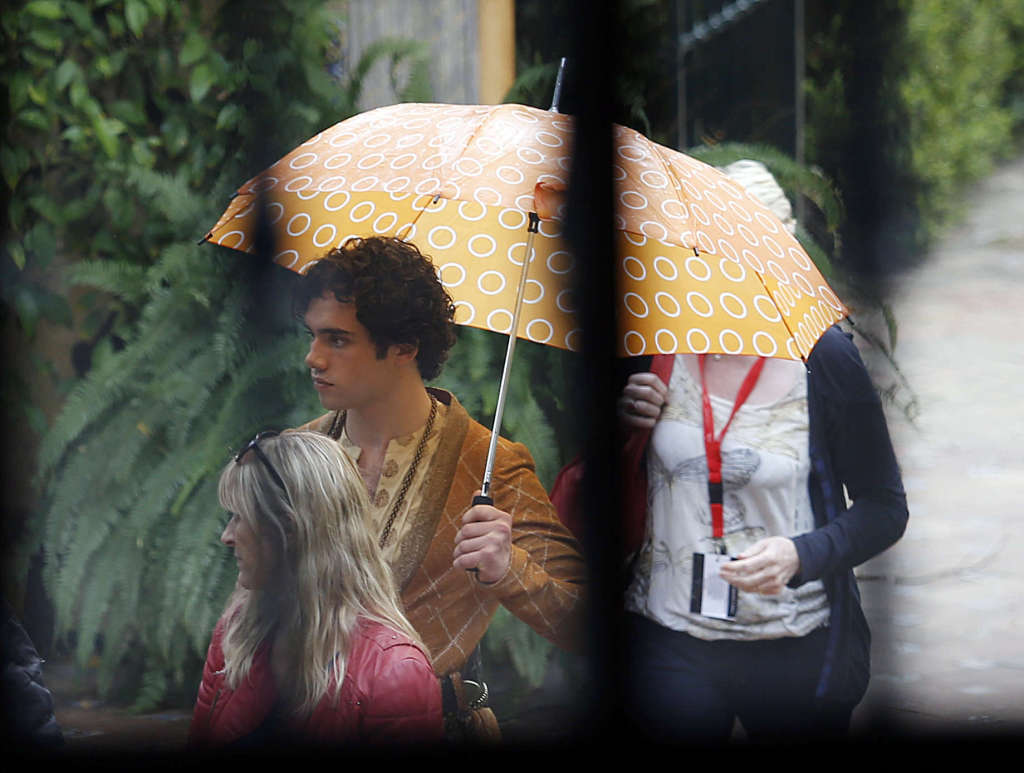 Thanks to GameofThronesFan.org for finding the photos!

We also have this shot of Ellaria Sand (Indira Varma) with Areo Hotah, found on Facebook. 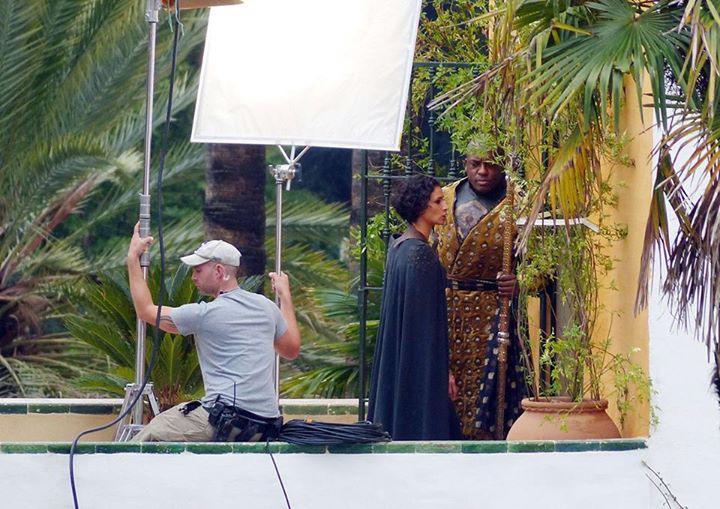 Extras are roaming the Alcázar set as well, in Dornish guard costumes similar to what we saw men wearing on Portstewart Strand during filming a couple months ago.  This photo turned up on Twitter. 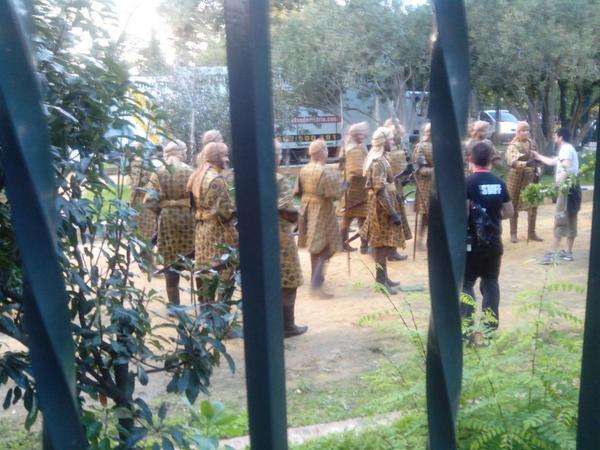 Sue the Fury: It does look like they’re using Oberyn’s style as the standard for the Dornish men from here on out. What do people think of the costuming so far? I’m also loving the little peeks we’re getting of the Alcazar set- it’s so beautiful.