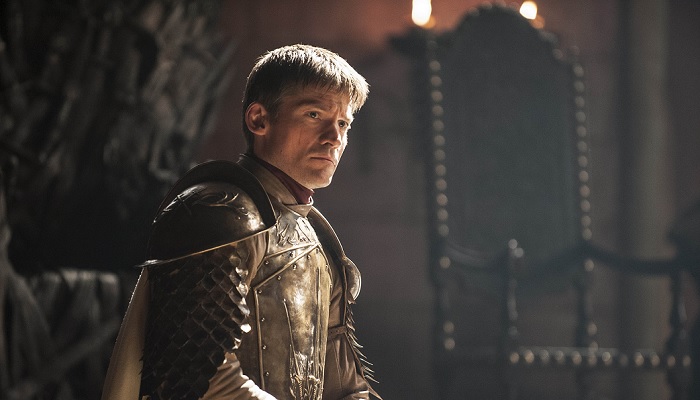 A detailed new report from Los Siete Reinos provides us with the latest info from the set of Game of Thrones, particularly surrounding Jaime Lannister.

This post will be filled with season 5 spoilers, so turn away if you don’t want to know what’s going to happen next season!

There have been rumors for several months now that Jaime’s storyline will diverge significantly from A Song of Ice and Fire for season 5. Nikolaj Coster-Waldau and Jerome Flynn filmed on Portstewart Strand, Northern Ireland for several days with characters in Dornish clothing, confirming the men would be headed for the southernmost region of Westeros.

More details of a major new scene are emerging now, according to Los Siete Reinos‘s sources in Spain. Los Siete Reinos reports that in this scene Jaime and Bronn arrive in Dorne to find Myrcella and Prince Trystane kissing. Myrcella is surprised to see her “uncle” Jaime, and Trystane offers his hand in greeting to Jaime, who offers him his left hand instead.

Heated words are then exchanged between Jaime and Trystane, and the younger man tries to draw his sword. Bronn knocks the prince unconscious. After this, the three Sand Snakes enter. A fight between the group ensues, until Areo Hotah shows up and orders everyone to put their weapons down.

This information is credible since there have been unconfirmed rumors of a Jaime/Snakes skirmish for a while now, and then a few days ago, a video of Nikolaj rehearsing a fight turned up.

Sue the Fury: What do you think of the changes so far? Keeping Bronn onscreen longer is an irresistible idea, and this story doesn’t necessarily keep Jaime from carrying out his other storyline duties if he’s back in King’s Landing soon enough.