Extras casting under way with Navarre confirmed for Game of Thrones season 6 | Watchers on the Wall | A Game of Thrones Community for Breaking News, Casting, and Commentary 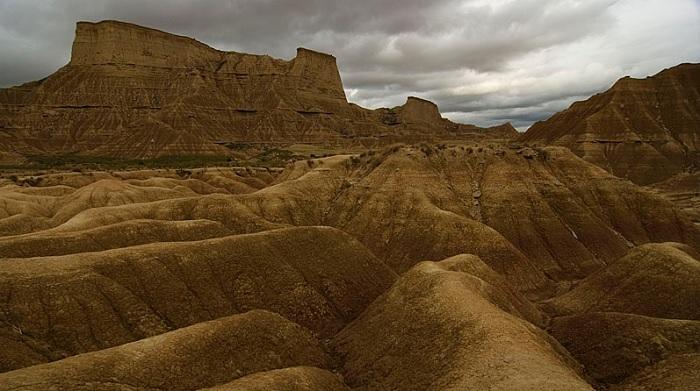 With scouting moving to Almería in Spain, we had counted out Bardenas Reales Natural Park in Navarre as a possible location for season 6 Game of Thrones filming. The semi-desert was reported as being considered a month ago for this season’s shooting. As it turns out, we were wrong about it being too similar to Almería for both sites to be used!

Just yesterday, Modexpor International, who handles the GoT extras casting in Spain, posted an announcement on their Facebook, confirming that casting is now underway for extras in Tudela, Navarre. 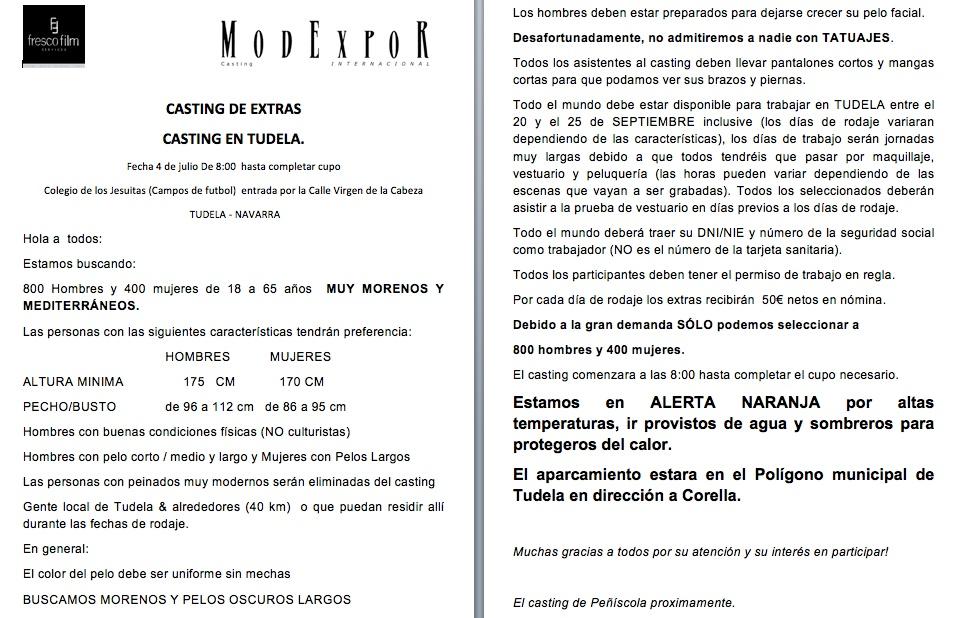 The announcement says that extras casting for Navarre will be held tomorrow, July 4th, in the city of Tudela at the Jesuit College, starting at 8:00 AM. (Located less than an hour from the Bardenas, Tudela is the second largest city in Navarre and makes sense as a base for production in the area.)

According to the announcement, Modexpor International is searching for 800 men and 400 women, aged 18-65, with very dark or Mediterranean coloring. They’re looking for people without modern hairstyles, and the men must be in good physical condition, though it does say “NO bodybuilders.” Men must be at least 175 cm (about 5’7″) and women at least 170 cm (about 5’5″). Men may need to let their facial hair grow out, and no tattoos are permitted on anyone. They’re asking for locals, people who live in the area of Tudela, to attend this casting.

Extras will be working from September 20th through the 25th.

Given the specificity of the casting call and the terrain, it looks like the people of Navarre will be standing in for the Dothraki Daenerys encountered in the Game of Thrones season finale. Almería is reportedly still in the mix and many are hoping its southern semi-desert will be the site of the Tower of Joy scene, if it happens.

Any other theories about the Navarre casting?