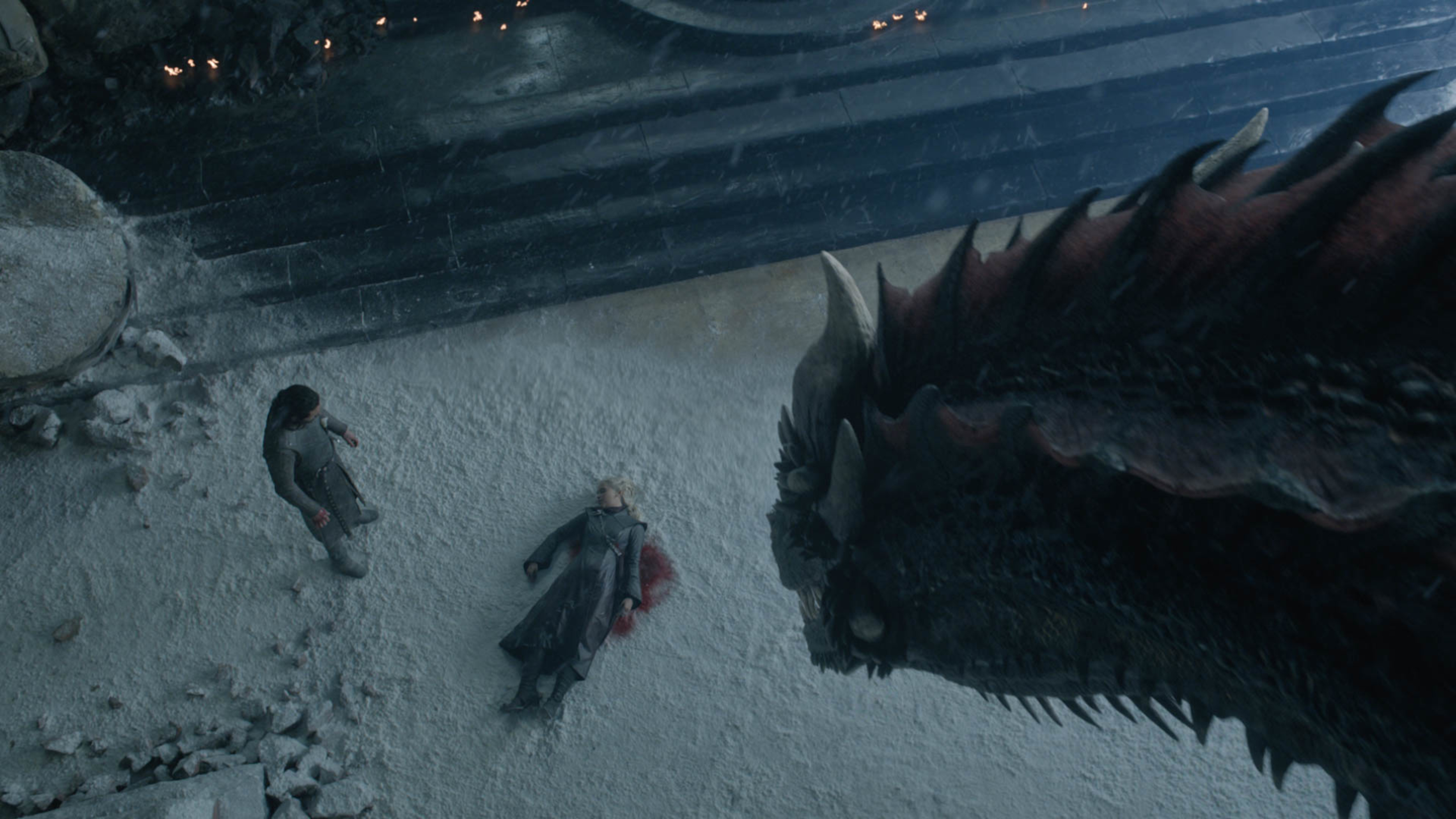 It goes without saying (but I’ll say it anyway) that Ramin Djawadi composed a truly masterful score for Game of Thrones. He deepened the emotional impact of pivotal character beats and jaw-dropping plot twists with his music for 8 seasons and it’s fascinating to gain some insight into his creative process.

In a recent interview, Djawadi walked us through his score for Daenerys’ death and Drogon’s subsequent destruction of the Iron Throne, explaining which themes he incorporated into the scene and why.

After Jon stabs Daenerys, Djawadi wanted the music to reflect both the sadness and the shock of what’s occurred.

“We see Dany and Jon and what he has just done, and that’s why the piece starts out with the solo violin and their love theme,” Djawadi told Time. “It’s very fractured to show that [Jon] really can’t believe what he’s just done. The theme plays and then it stops and it starts again, so he’s slowly settling into what he has done while he’s holding her in his arms.”

The scene shifts in tone when Drogon arrives and finds his mother dead next to her murderer.

“From there, the music grows and the dragon theme comes in,” he says. “And it’s the dragon, [Daenerys’] baby basically, her child realizing that mommy is dead and then the mixed emotions of sadness and anger at the same time.”

There was a good deal of debate amongst fans as to the symbolic meaning of Drogon’s decision to burn the Iron Throne. According to Djawadi, Drogon recognized that the Iron Throne was the ultimate cause of his mother’s downfall and thus decided to destroy it.

“That’s how that music grows, and Dany’s theme is in there as well. It’s all these themes together and then it even turns into the main title theme when he melts the throne, which is symbolic for [the throne being] what everybody has been fighting for and [how] he has to resolve that she’s dead now.”

To make the tragic scene that much sadder, Djawadi decided to conclude it with a callback to one of season 4’s most emotional moments.

“[The song] ends very somber with a section of ‘Breaker of Chains,’ which was from season 4 when she puts the chains on her dragons and that big emotional moment of how hard it was for her to lock them up,” he said. “So it ends with that emotional beat again and with [Drogon] flying away to the solo violins like the piece started to give bookends to it.”