Con of Thrones Comes to Orlando in 2020! | Watchers on the Wall | A Game of Thrones Community for Breaking News, Casting, and Commentary 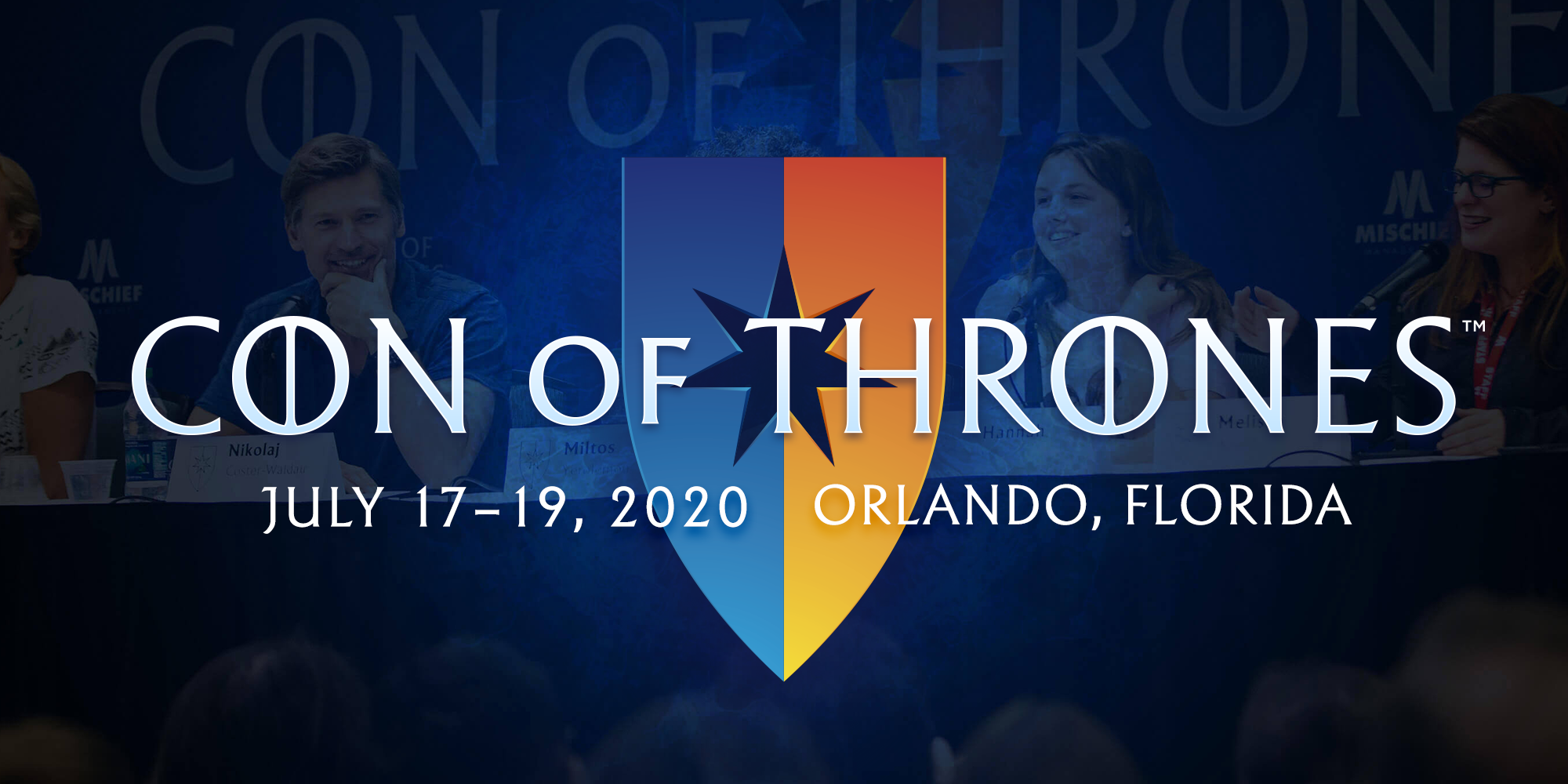 There have been rumors and speculation lately about the next Con of Thrones, and today, we’re happy to bring you the big news! Mischief Management announced that the fourth annual Con of Thrones, the largest convention for fans of Game of Thrones, A Song of Ice and Fire, and the epic worlds of fantasy author George R. R. Martin, will take place next summer in Orlando, Florida, at the Orange County Convention Center. The convention will take place July 17–19, 2020.

“Orlando has always been so welcoming and we’re so excited to bring Con of Thrones to the city,” says Melissa Anelli, CEO of Mischief Management. “Even though the television series has ended, there is still so much passion and enthusiasm in the fandom as we await the next book from George R.R. Martin. We can’t wait to celebrate with this community for another year.”

How will ticketing work for 2020? Con of Thrones will offer three ticket types at special earlybird pricing through December 31, 2019: a single day pass for $49, the full-weekend General Pass for $139, and a limited number of the Valyrian Pass for $349, including exclusive perks like premium seating in MainStage programming and limited edition merchandise. Full details on the different ticket types can be found at conofthrones.net.

As always, Con of Thrones is produced by Mischief Management. Watchers on the Wall is proud to once again be the official programming partner for the con, bringing you a full schedule of panels and events to enjoy. Additional details will be announced at a later date!