We have fresh Game of Thrones casting news for you today, out of Spain!

The above photo was shared today by a fan in Almería (she’s the woman to DeObia Oparei’s right). Oparei, Alexander Siddig, Rosabell Laurenti Sellers, Indira Varma, and rather surprisingly, George Georgiou were seen dining together.

In season 3, George Georgiou portrayed Razdal, the Yunkai slaver who attempted to bribe Daenerys into leaving his city alone before she scared him off with her dragon (and kept his gold). The actor’s CV confirms his return to Game of Thrones, with Daniel Sackheim and Miguel Sapochnik directing him:

The question is now, how will the Yunkish people be coming back into the story as players? Razdal was clearly an enemy to Daenerys. In A Dance with Dragons, it was Xaro who returned to plague Daenerys, but the show gave Xaro a more seemingly final exit. Will Razdal take on a similar position in season 6? In the photo, the actor is with people from the Dorne storyline but that may not be connected- several storylines are being filmed in Almería these days.

Here’s another photo from the same dinner- enjoy the lovely group!

In other casting news, British actor Chuku Modu has been cast in season 6. He was congratulated on his new role by Macto Film (whom he’d worked with) on Facebook back in July. Recently, Modu has been posting photos from Spain on Instagram, catching fans’ eyes which finally brought him to our attention.

Given his age, looks, location and joking around with Staz Nair on Instagram, Modu is very likely a Dothraki warrior. 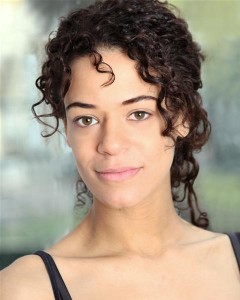 And lastly, we’ve uncovered another casting- Sabina Arthur, who will be playing the role of a Meereen Mother. We believe this part may be the starving-mother-with-a-baby role described in a casting notice published a couple weeks back.

The casting is credited on the actress’s Spotlight CV, with her director listed as Jeremy Podeswa. Podeswa is directing the first and second episodes of season 6, so it seems as though Game of Thrones is diving quickly into Meereen’s troubles in the new season.

Thanks to readers Morgan, SPAK and H. Stark for finding photos & info!