Cersei's Red Keep in construction in Belfast for next Game of Thrones Season 8 shoot! | Watchers on the Wall | A Game of Thrones Community for Breaking News, Casting, and Commentary 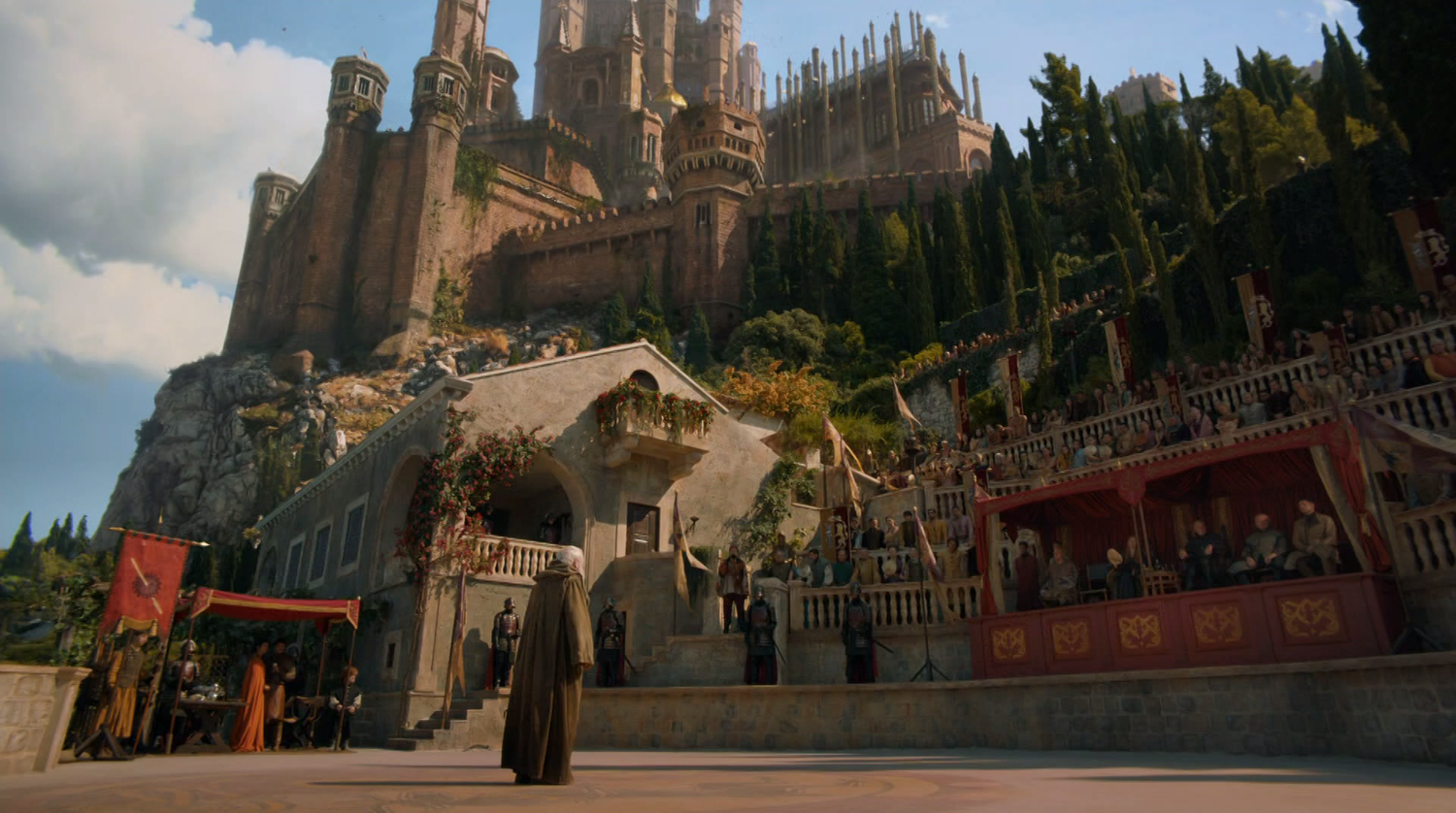 The King’s Landing set, where one of season eight’s largest setpieces will take place, has long been defined by its city walls, which open to a long avenue… which in turn didn’t seem to lead anywhere but open space. That changed two weeks ago, when the street was closed off on the other end by a rampart, lower than the outer wall but more ornate. Today we learned what this wall is, and to where the street leads: the Red Keep!

Ever since this wall was painted stark red a few days ago, its primary coloring has tricked some into thinking it was nothing but an unconventionally tinted green screen (a strange deduction, given that the wall always bore crenellations, windows, and a gate.) Now, thanks to A Red Priestess, we can confirm the primary red color was just a first coat of paint so that the rampart would eventually resemble the Red Keep we know and love:

The Red Keep wall is located on one end of the set, opposite the city walls. Photo: A Red Priestess 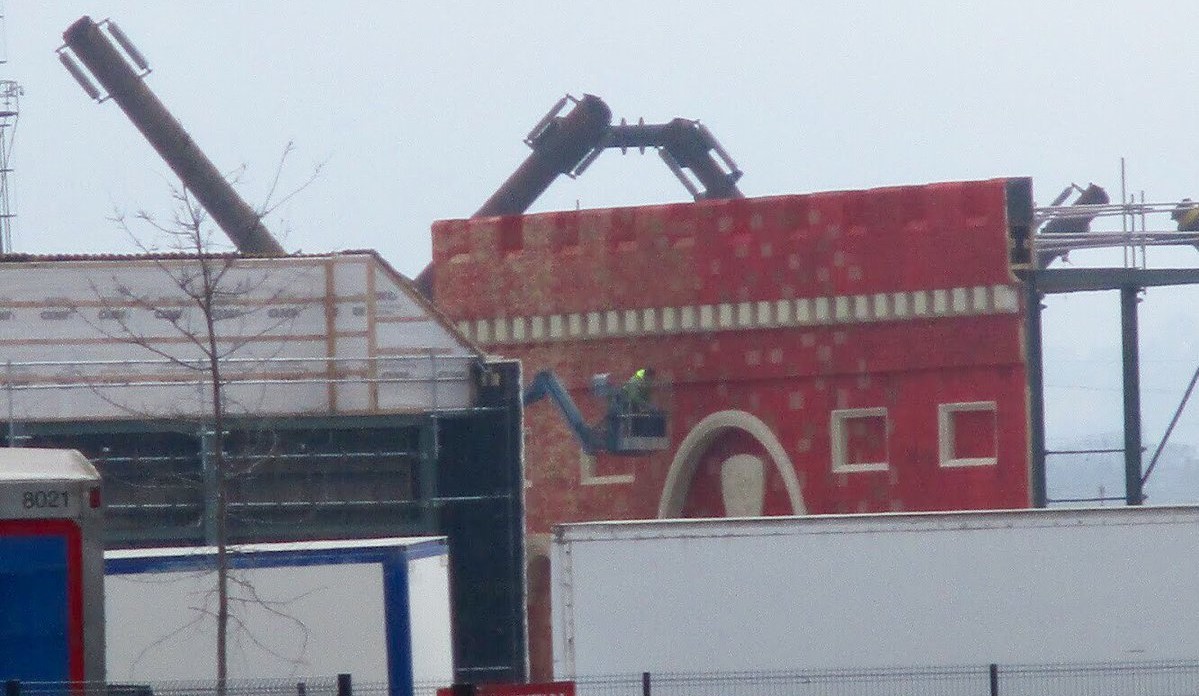 First painted red, the rampart will now be patterned with stonework. Photo: A Red Priestess

‘So what?’, you may ask. ‘Isn’t this a pretty small addition in the context of such a gigantic set?’ Sure. But it may actually help us a great deal in pinpointing where this street is located within the capital, and perhaps even what will take place on it. We can now conclude the breach of King’s Landing will take place on one of the gates closest to the Red Keep. According to the books, that would likely identify it as the Iron Gate, though the Dragon Gate is not much further and seems more thematically appropriate.

When Cersei’s enemies—be it Targaryens, White Walkers, or both—storm the walls and breach the gate, do you think they will make it to the Red Keep? That long street wouldn’t have been built if it wasn’t going to be put to good use, so one must imagine we’ll see fierce fighting from the gate to the Red Keep rampart. Will they make it?