Behold the intricately detailed Paint Hall set, ready for Game of Thrones Season 8! | Watchers on the Wall | A Game of Thrones Community for Breaking News, Casting, and Commentary

Panorama of the King’s Landing walls in the Season 7 finale, “The Dragon and the Wolf”

We have brought you regular updates on the massive, months-long Game of Thrones construction project going on next to the Paint Hall, but somehow it never gets boring. Perhaps that’s because this is the biggest set built for the show ever — by far. Or perhaps it’s because of what we know it means for the story (spoilers!). Whatever the case may be, as the construction nears completion, this is only getting better and better!

Today, we bring you the best look yet at the city block and walls the construction crew have so intricately created on a Belfast parking lot. Even by the high standards of the show, this looks pretty amazing. Take a look, though there are some spoilers ahead!

A representative of a local Belfast company, Stira Folding Attic Chairs, went by Titanic Studios and was shocked by just how real the set looked — so much so that at first glance they thought they had missed there was a castle there this whole time. Thankfully, their impression isn’t all we’ve got, as they also provided photos: 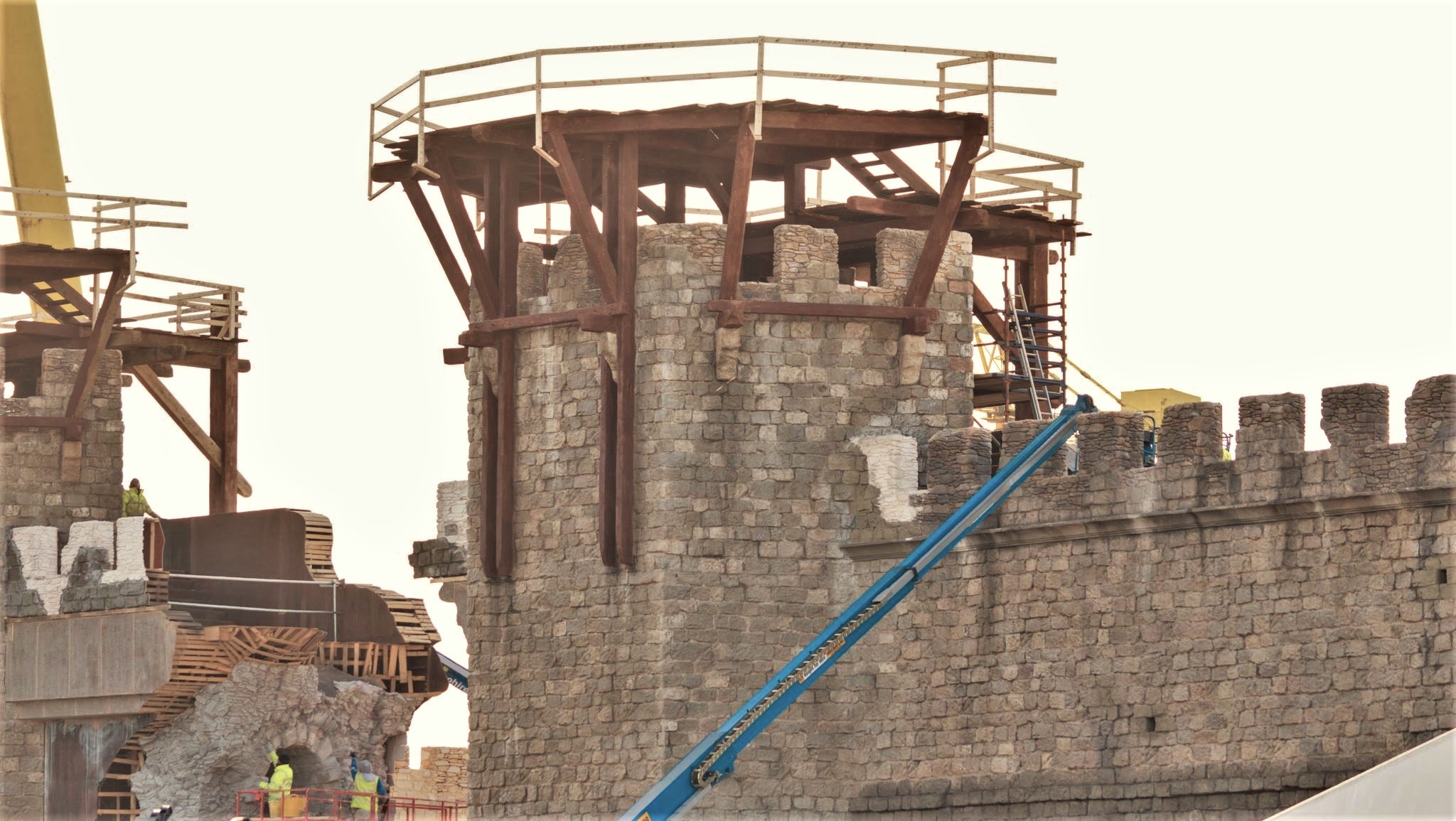 The production value here is astounding. The detailing on the walls surpasses anything we’ve seen before in the show for such a set. Remember, for instance, the walls of Casterly Rock, which looked fine enough, but you could probably tell they were a set and not filmed on an actual Medieval castle. In this case? I believe most people will be fooled!

As you may know, the walls of King’s Landing in the show have mostly been filmed in Dubrovnik, Croatia. But only the walls near the Red Keep have that iconic look: in last year’s finale we were shown the walls further from the castle look a bit different, as you can see in the panoramic shot at the top. Evidently, for the final season’s recreation of the capital, the production design team chose to follow the appearance of this section of the wall, filmed at Trujillo Castle in Spain, instead of the famous Dubrovnik walls.

Of course, there is more to it than that. Did you notice, for instance, the huge hole between the two gate towers… and, indeed, the absence of a gate? Let’s enhance! 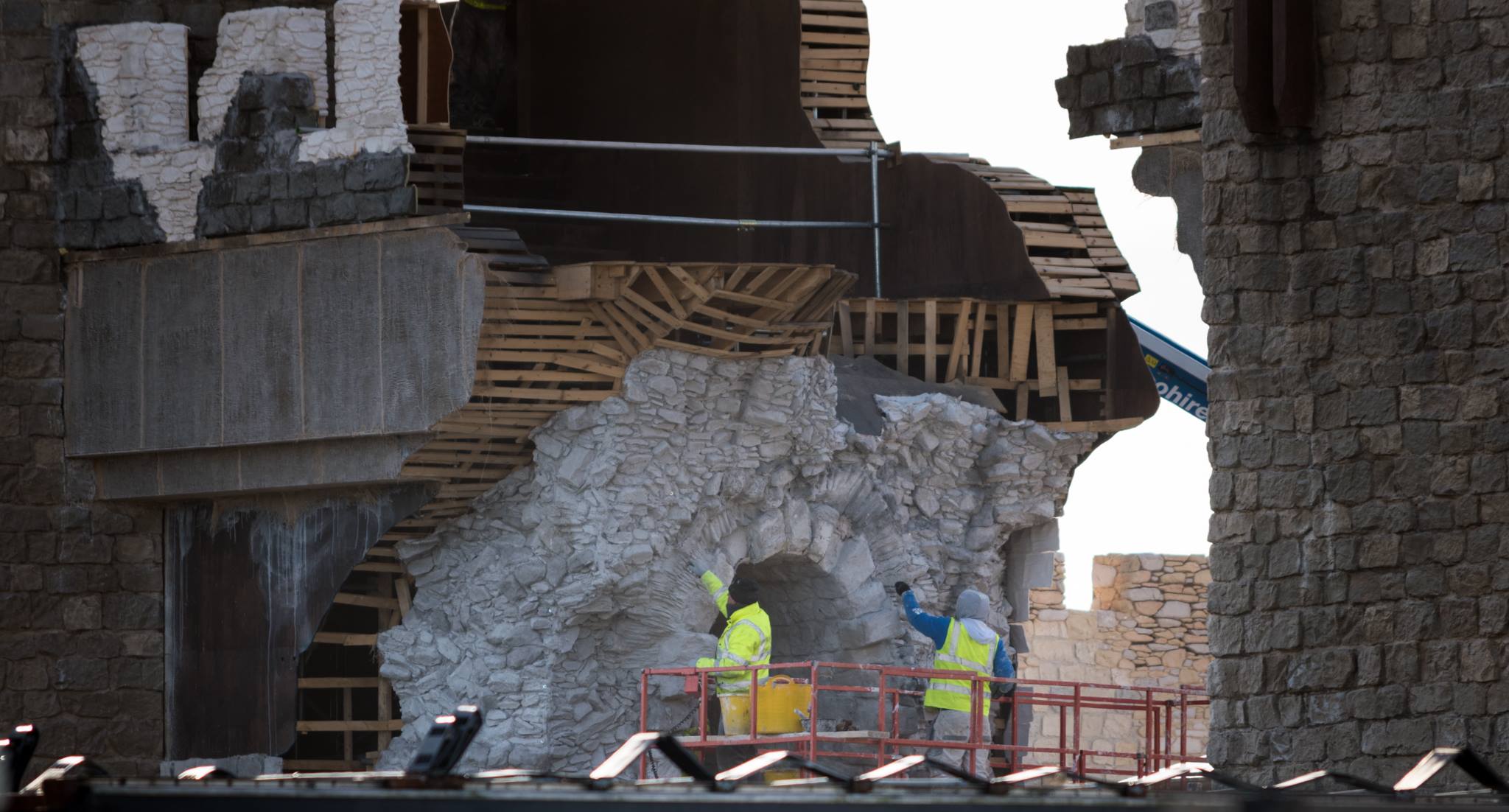 The production crew work on the breach through the gate. Photo: Stira Folding Attic Chairs

Way back in November last year, we pointed out the gate arch appeared to be “in ruins”, which meant “the city may be penetrated.” The initial observation was as correct as the inferred supposition: this is a breach through one of the gates of King’s Landing.

Other deductions can be made from these pictures. Inside the set, only the facades of the city buildings are being built, as usual, because they are just for show — not meant to be entered into, unlike the city walls. However, in this case they are building up to the roofs, including elaborate roof tilings. You can take a closer look in these photos: 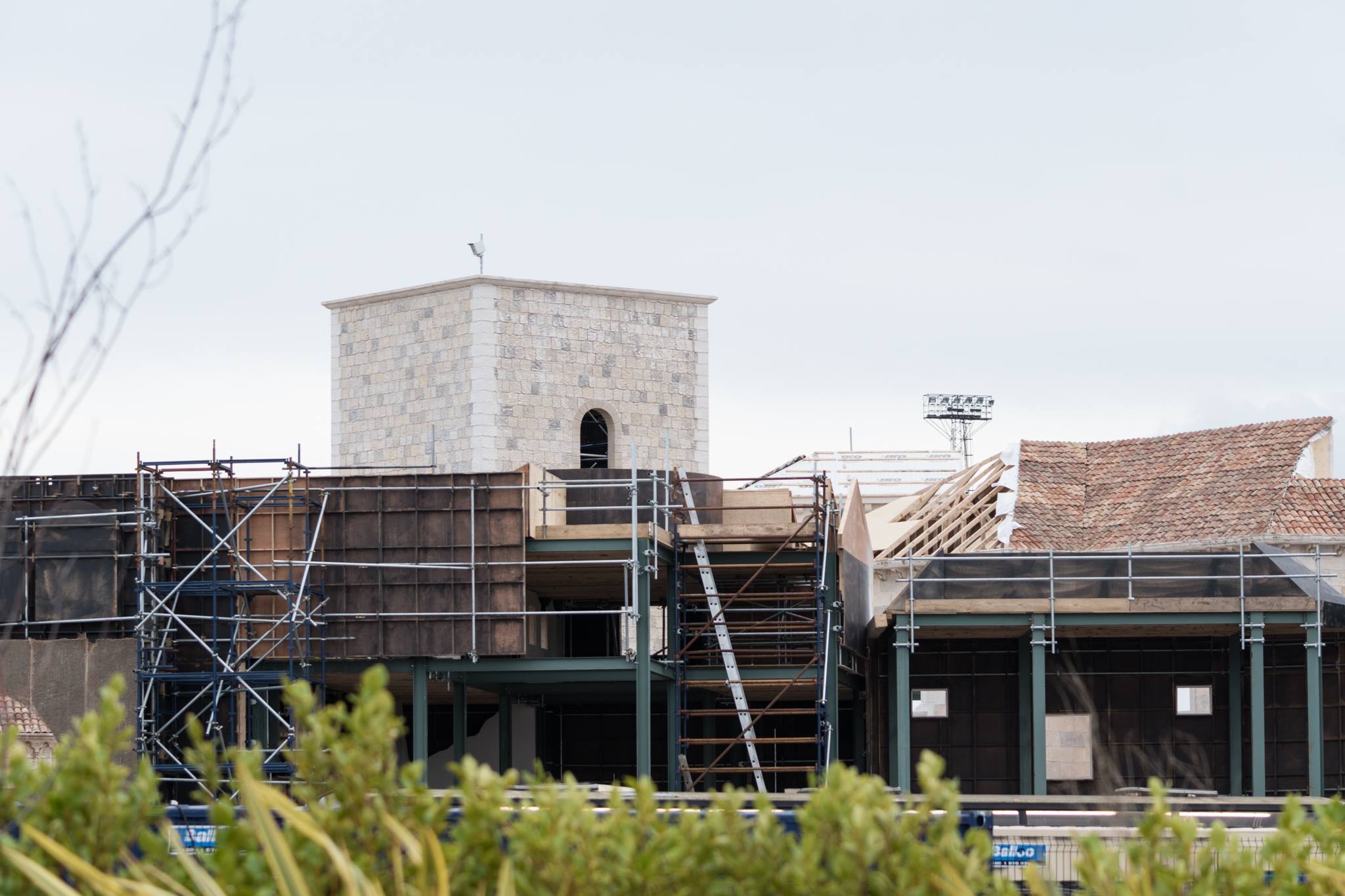 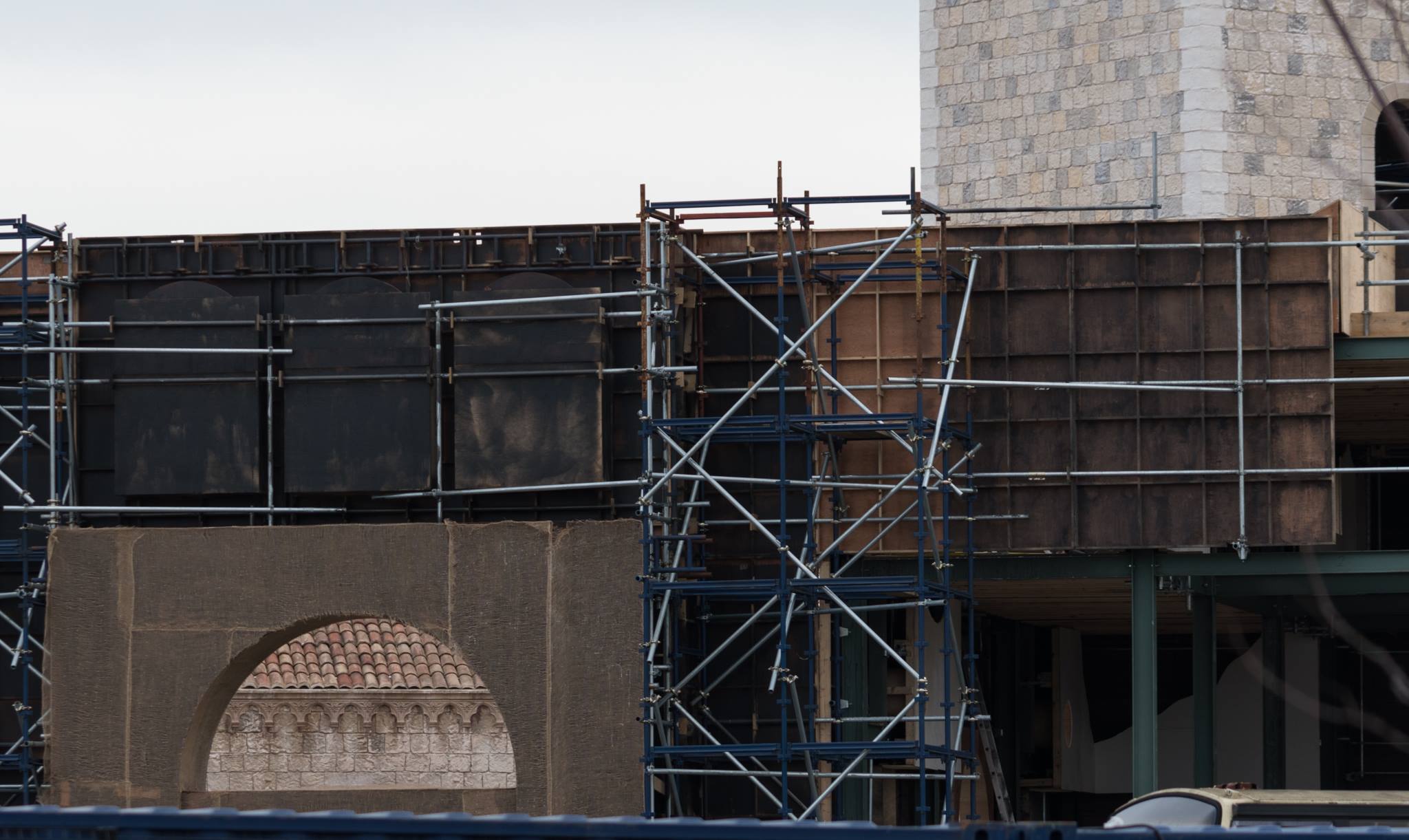 This may seem normal, but it just isn’t. Since these buildings are quite tall, most normal shots wouldn’t capture the roofs, so usually no one would bother to build them; only what’s necessary is constructed, and then enhanced with visual effects in the rare shots that go beyond the real sets. For example, until this year the Winterfell set didn’t actually include any of the castle’s iconic towers; only some of their walls were built. The fact that these towers were recreated for season eight meant they were planning highly elaborate sequences, and the same can be said here. What I’m saying is: expect lots of aerial shots. Of course, that matches rather well with what we know of this sequence!

Thanks to “A Red Priestess” on Twitter for tipping us off about these photos!