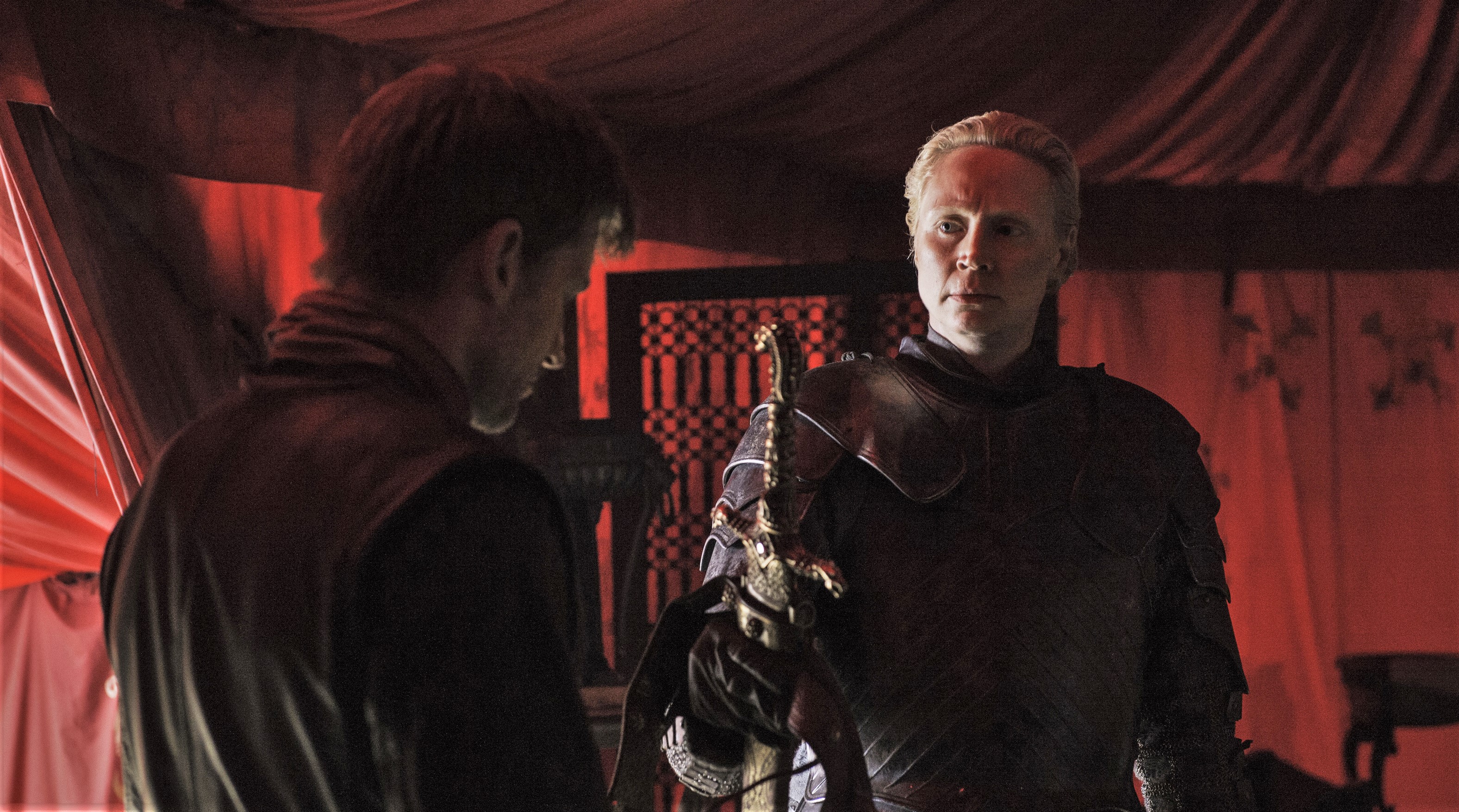 As construction of the King’s Landing set continues at Belfast’s Titanic Studios, for the last week Game of Thrones filming has centered on Magheramorne’s snowy green screen set, where a number of highly spoilery scenes have been filmed. And it’s here that Gwendoline Christe and Nikolaj Coster-Waldau were sighted shooting for season eight!

Before moving on to the juicy spoilers, GOTlikeLocations updates us on the new Titanic set, which is still in construction after half a year, progressing slowly but surely:

GOTlikeLocations also gives us a look at yesterday night’s Magheramorne shoot, which shows yet more armies on the move — Northern troops, by the look of them. Given the microphone, cast members were likely involved, though none can be clearly recognized:

Now, onto the real news, brought to us not by keen-eyed photographers but by our pals at Los Siete Reinos: according to their trusted sources, Nikolaj Coster-Waldau and Gwendoline Christie have been on set there for one night of shooting. But that’s not all!

For a sequence of aerial shots set in episode three, the Night King’s army will slowly advance through the snow, amid lit bonfires. By this point, right in the mid-season, the army of the dead will be composed of wildlings and brothers of the Night’s Watch.

In episode four, the totally romantic couple (fight me) of Brienne and Jaime come in! They will be fighting side by side (and not alone, though the others are unnamed) against the undead. They will probably be reunited much earlier, but it gives me such pleasure to know for a fact that, for once, they will be fighting on the same side.

As for where in Westeros this scene or the previous one from episode three are supposed to take place, we have no idea. They were filmed at the Magheramorne green screen set, with a mantle of snow, so it could be anywhere where it snows, which at this point is anywhere the story is likely to focus on. If I were to venture an educated guess, in episodes three and four I would place these characters somewhere in the North.

So, what do you spoiler-followers think? Will both of them get out of that one alive? Who are the other characters there? Will the Night King be fought off by episode four? What other questions can I ask in order to encourage discussion in the comments? Well, you can give your answers to all these questions and more … in the comments below!