Tobias Menzies speaks out on Potential Fate of Game of Thrones' Edmure Tully | Watchers on the Wall | A Game of Thrones Community for Breaking News, Casting, and Commentary 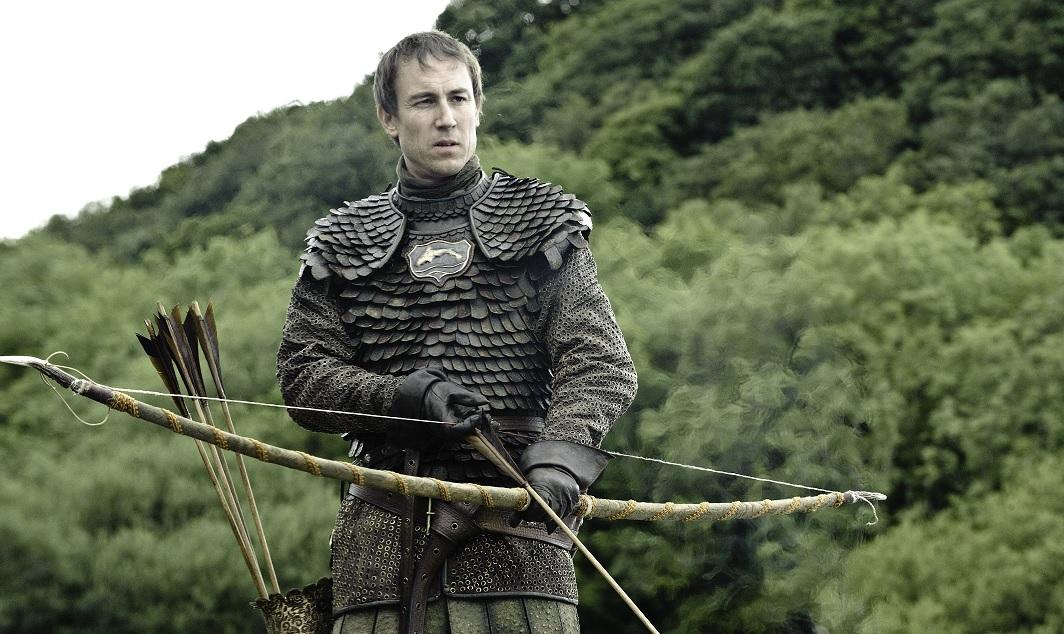 There are many Game of Thrones questions that have sprung to mind during the mind-numbingly long off-season wait: Will either  Aegon or Daenerys ultimately become king/queen? Will Cersei find a way to defeat everyone we care about and claim an ultimately short-lived rule before succumbing to the White Walkers? Will Theon successfully rescue Yara and escape (relatively) unscathed? Will the handsomest and cleverest of all, Ser Jorah Mormont the Andal of Bear Island claim his rightful place at Queen Daenerys’ side, and serve her for many years to come? The answer to all these and more are yet-to-be determined, but we’re here to pose another equally important, albeit less-pondered question: What the hell happened to Edmure Tully? In an interview with Digital Spy, Tobias Menzies offers his thoughts.

Ever since you tortured your friends by filming their reactions to the harrowing events of Edmure’s (red) wedding, he’s been locked away in the Frey dungeons.  Since then, he’s only popped up once for a few brief silent scenes, followed by a pulse-pounding heart-to-heart with Jaime, all in the final few episodes of season 6. Ever since abandoning ship on the S.S. Abandoned Characters in season 6, it appears that he has once again swum back to the boat from whence he came. And so we wonder if he will resurface in season 8 to conclude his story arc once and for all. Funny – so does he:

“The honest answer is, I have no idea. He’s obviously somewhere in a prison, he’s still around alive somewhere. They’re pretty stingy with their information and I’ve not heard anything from them.”

Good to know that Menzies is seemingly as in-the-dark as we all are. I wonder if he’s doomed to rot in the Frey dungeon, given that Arya has all but eviscerated House Frey from Westeros. The problem, Menzies notes, is that with so many ongoing plots, GoT might move on from poor Edmure:

“I feel like they have so many stories to tie up, whether that’s a story they’ll want to go back to, I don’t know.”

Menzies has long been one of my favorite character actors working on TV, and no I’m not just saying that because he is on GoT. He has portrayed two characters on Outlander, displaying his incredible duality, and even popped up on a Black Mirror episode (as seemingly all British actors are contractually obligated to do). And one of my all-time favorite shows, HBO’s ROME, a show that in many ways paved the way for GoT both in budget and in period setting, featured Tobias Menzies in the pivotal role of Marcus Brutus. Never you mind that Brutus (spoilers) betrays Caesar, who was played by Ciarán Hinds, our very own Mance Rayder; both Menzies and Hinds will be appearing together again on AMC’s The Terror. While I watch this, I will sit and wonder if Edmure Tully will have the chance to grace our screens one last time in Game of Thrones. Join me, won’t you?