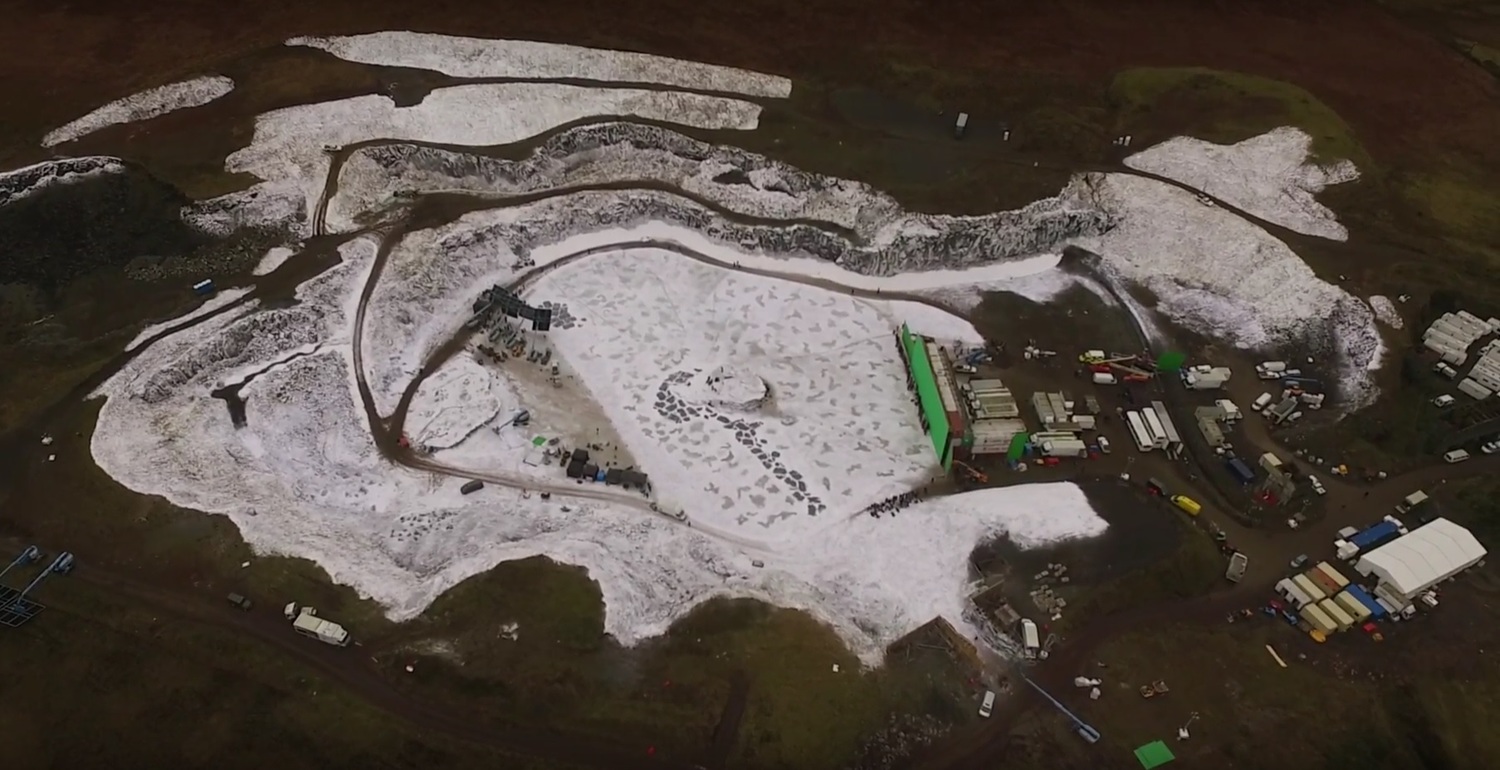 The crew of Game of Thrones has made impressive progress on the set created out at Wolf Hill Quarry in Northern Ireland. We first heard that the quarry was being used as a snowy season 7 location back in early November, and by mid-month we received exclusive photos confirming the new site. Today, phantom pilot uploaded a new video on YouTube, showing drone footage of the shooting location as it currently looks, and as you can see, the quarry is an icy and active set.

Thanks to WotW reader Sebaciel for bringing the video to our attention!

We’ve heard major spoilers about the scenes being filmed at the quarry, but with such an isolated site, located off a gated road, it’s difficult for anyone to get close to confirm anything. The spoilers indicated that filming is happening at the moment, and the video shows multiple people scurrying around the quarry. The previous photos showed more clearly that the site resembles an iced-over lake with a small raised bit of land in the middle- not quite an island, but almost.

Enjoy the video, and see for yourselves how the location has taken shape!