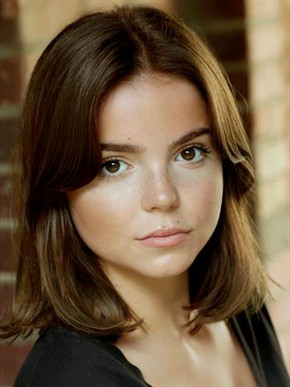 Happy Monday, everyone! It’s time for a long overdue follow-up on a Game of Thrones casting post from last fall. In November, a trio of fresh names popped up on our radar. Danielle Galligan and Emer McDaid were confirmed as new season 8 additions, with the two actresses posing on Instagram for a pic with a third actress: Alice Nokes.

At the time, it was unknown if Nokes would be appearing on Game of Thrones, but new info has cleared that up! Nokes’ agency CV confirms that she’ll be playing a character named “Willa.” She’ll be in a David Nutter episode this season. (Nutter is helming the first, second and fourth episodes of season 8.)

Nokes is best known for a recurring role as Courtney Mitchell on EastEnders. As for her GoT role, well that’s still a mystery. Willa is not a book character. There are a couple “Wylla”s in ASOIAF, but I suspect this Willa is not connected.

In other Season 8 casting news: Game of Thrones is currently casting for a Military Guard for the new season. The character is aged 25-35, and the role is open to any ethnicity. The part appears to be a small one, filming for one day- March 2nd- in Northern Ireland. The casting folk are searching for a “fit and agile excellent actor with a good distinctive face,” someone who feels like “he can handle himself in a fight.”

This particular role is probably not of any importance but it’s good to know casting has resumed, and the type of role could hint at what’s being filmed around N.I.’s studios next week and beyond. A military man could be a part of Dany’s Unsullied (especially since the part’s open to any ethnicity) or the guard could be a part of Cersei’s army. We’ll keep our eyes turned toward Belfast sightings over the next couple weeks and see what turns up!