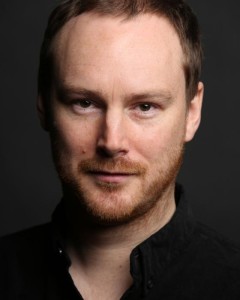 There are still a few mysteries remaining when it comes to season 6 casting for Game of Thrones. One of the roles unaccounted for is- was- that of the new Lord Karstark. The batch of casting notices released in June described a role that our sources confirmed to be Karstark, heir to the previous lord Rickard played by John Stahl. Lord Rickard was beheaded in season 3 by Robb Stark, leading the Karstarks to abandon the Stark cause.

The character is described as :

Lord of Northern Stronghold: The show’s looking for an actor in his late thirties or forties to play another lord, one that’s ruthless and calculating. The frightening lord rules a vassal household with a castle stronghold.

According to the notice, the character will be in 3 episodes of season 6. We now know, based on information that has surfaced on the actor’s CV, that the role of Harald Karstark will be played by Paul Rattray .

In the ASOIAF novels, Rickard Karstark’s eldest son and heir was named “Harrion.”

Rattray has appeared in several British series such as Holby City, Doctors, and Birdsong. 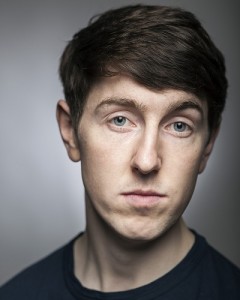 In other casting news:

Irish actor Ruairí Heading will be appearing in season 6, in the role of the Green Recruit. Jack Bender is listed as the director on his CV.

The Green Recruit also appeared on the June casting notice list; it appears to be a small role that was scheduled for one day of filming.

Heading appeared in the RTE series Rebellion and shot a role in the upcoming film The Lost City of Z. 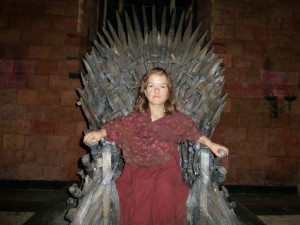 According to the website of the Pauline Quirke Academy, one of their students Annette Hannah filmed a role on Game of Thrones for season 6. The Academy posted on their News page, “CONGRATULATIONS to Annette who recently landed the role of Frances in Game of Thrones!” and shared a photo of the girl on the throne.

The website quotes Annette as saying, “I had such an amazing time and I wouldn’t change it for the world. I especially loved working with Lena Headey, Anton Lesser and Julian Glover!”

Annette’s father says on the website, “I am so proud of the incredibly professional way she worked on her first ever role. Watching her was amazing and the whole process of filming was fascinating.”

In December, a scene was filmed at Shane’s Castle involving Anton Lesser (Qyburn) and some child performers. It’s possible but not confirmed that Hannah is connected to this scene.