Anatomy of a Throne: "What Is Dead May Never Die" | Watchers on the Wall | A Game of Thrones Community for Breaking News, Casting, and Commentary 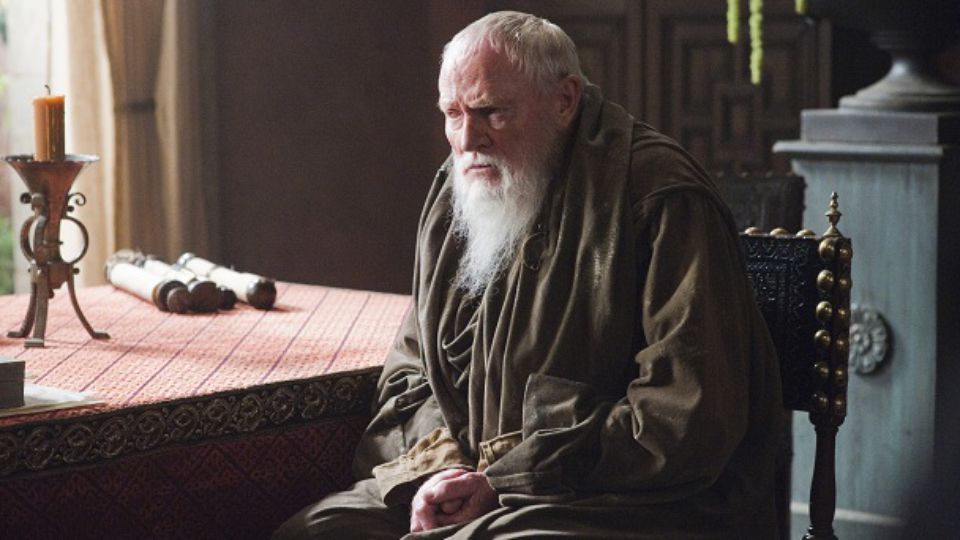 Episode: “What Is Dead May Never Die” (203)
Scene: Pycelle’s Interrogation

As it is on the page, the scene where Grand Maester Pycelle gets a late-night visit from Tyrion Lannister and his tribesmen escorts would seem, upon first blush, to be too intense even for the likes of HBO, and that a dose of watering down would have to be in order. That turns out to have been the correct sentiment, but the degree to which showrunners Dan Weiss and David Benioff actually diluted the scene is nothing less than shocking.

The basics are all there: Tyrion and his tribal fellows – or, in the case of the episode, his singular fellow – bust down Pycelle’s door, interrupt his late-night escapades with his lady friend, slice off the old man’s beard, and then haul him off to the black cells, the worst of the worst imprisonments in the Red Keep (where Lord Eddard Stark temporarily made his home at the end of last season, incidentally). 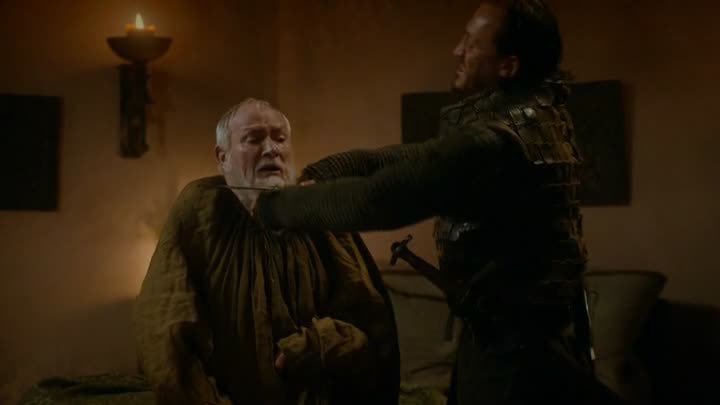 What’s not there – or, at least, what has been significantly rearranged – are all the details. The door is brought down with an axe, not just kicked open. Pycelle remains abed the entire time as opposed to getting up and approaching Tyrion. And Tyrion, for his part, perches himself on the edge of the maester’s bed, a difficult act of physicality for a dwarf but one that nonetheless makes a clear statement regarding power and its application (a point the writer-producers made instead in the season première, “The North Remembers,” via the insertion of a brand-new scene between Queen Cersei Baratheon and Lord Petyr Baelish). The beard that gets sliced off is of tantamount importance to the character in the novel – something that never adequately got conveyed throughout the entirety of the series thus far, probably partially thanks to the actor’s facial hair being nothing remotely close to the character’s flowing mane – and it’s not so much sliced as it is completely shaven off.

And then there are the revelations. They make a short but sweet chain in the book, as in the show, but they are so much more involved in George Martin’s rendition, telling of conspiracies within conspiracies (beside other intertwined conspiracies): Pycelle’s bidding of Mad King Aerys to open King’s Landing to Lord Tywin Lannister during Robert’s Rebellion nearly two decades earlier lead not only to the infamous sacking of the capital (something of a leitmotif throughout A Clash of Kings, as the Lannisters brace for a similar possible pillaging by Stannis Baratheon), but also an attempted coup – Grand Maester Pycelle, you see, had no intention of just casually handing the Iron Throne over to Robert. It’s only Ned Stark’s quick arrival that prevents Tywin from consolidating himself as the new monarch of the Seven Kingdoms. 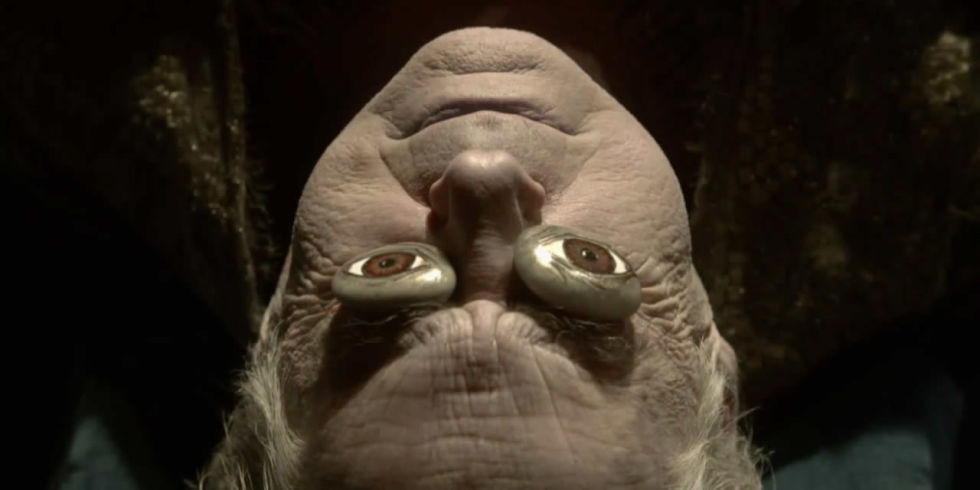 There are other confessions, as well – the maester didn’t poison Lord Jon Arryn, the previous hand of the king, but he did ensure that it killed him; Lord Renly Baratheon was conspiring to bring Margaery Tyrell (the girl he would ultimately marry as his queen) to court to replace Cersei, and Pycelle helped see to it that the plan was foiled – but it is this whispering in the ears of the king, and all the literal blood in the streets that it uncorked, that is the real highlight of the exchange. It is among the very first hints in the novels that the game of thrones can be waged just as effectively with a softly spoken word as it is by marching armies, and although Benioff and Weiss have crafted multiple scenes (particularly among Lords Baelish and Varys) to convey this very point, the secret’s complete omission in “What Is Dead May Never Die” hangs heavily.

The biggest small detail, though, once again revolves around exposed manhood. The grand maester is completely naked in the original version of the scene, and when Tyrion tells Shagga to cut off his manhood and feed it to the goats, it is the signal that the tribesman should give Pycelle a good shave. As the wildling leaps forward, roaring, “Pycelle shrieked and wet the bed, urine spraying in all directions as he tried to scramble back out of reach,” forcing Tyrion to use “a bit of the sheet to wipe the piss off his boots.” This is what forces the maester to spill his secrets, and when he is nicked by Shagga’s blade and feels his own blood dribble down his chest, the last of his strength shudders out of him, leaving him a deflated, defeated old man.

Why such an elaborate bit of stage direction was left out of the episode is a no-brainer, given the huge investment of time (and, therefore, money) it would have required. Still, the version that Weiss and Benioff ultimately presided over features almost outright laughable blocking, as Shagga simply waltzes towards the maester as the other ends up sitting on the edge of his bed, only partially cowering. There’s no psychological damage done to the television character, no pressure applied – just the shock and awe of a door being kicked in and Peter Dinklage taking a casual seat on an arm chair. The difference couldn’t be more drastic.

It also couldn’t be less compelling. Whereas King Joffrey’s name day tournament was significantly altered from its literary predecessor, it still managed to convey the vitality of the scene and the essence of the author; Pycelle’s interrogation is closer to the original material, but it feels strangely lifeless, as shrunken as the naked-and-bleeding-Pycelle pissing all over the bed.

Still, the HBO series isn’t without a saving grace, as small as it may be. An always-thoughtful Tyrion delicately places a coin by Grand Maester Pycelle’s prostitute (which, as it turns out, is yet another change from the book: she is a serving wench, not a whore, and she is immediately escorted out of the room in the original telling)… which, as the feisty old man continues to struggle, leads to him placing another atop it, meeting her eye, and giving her a rueful smile. All the shocked girl can do is nod as he walks away.