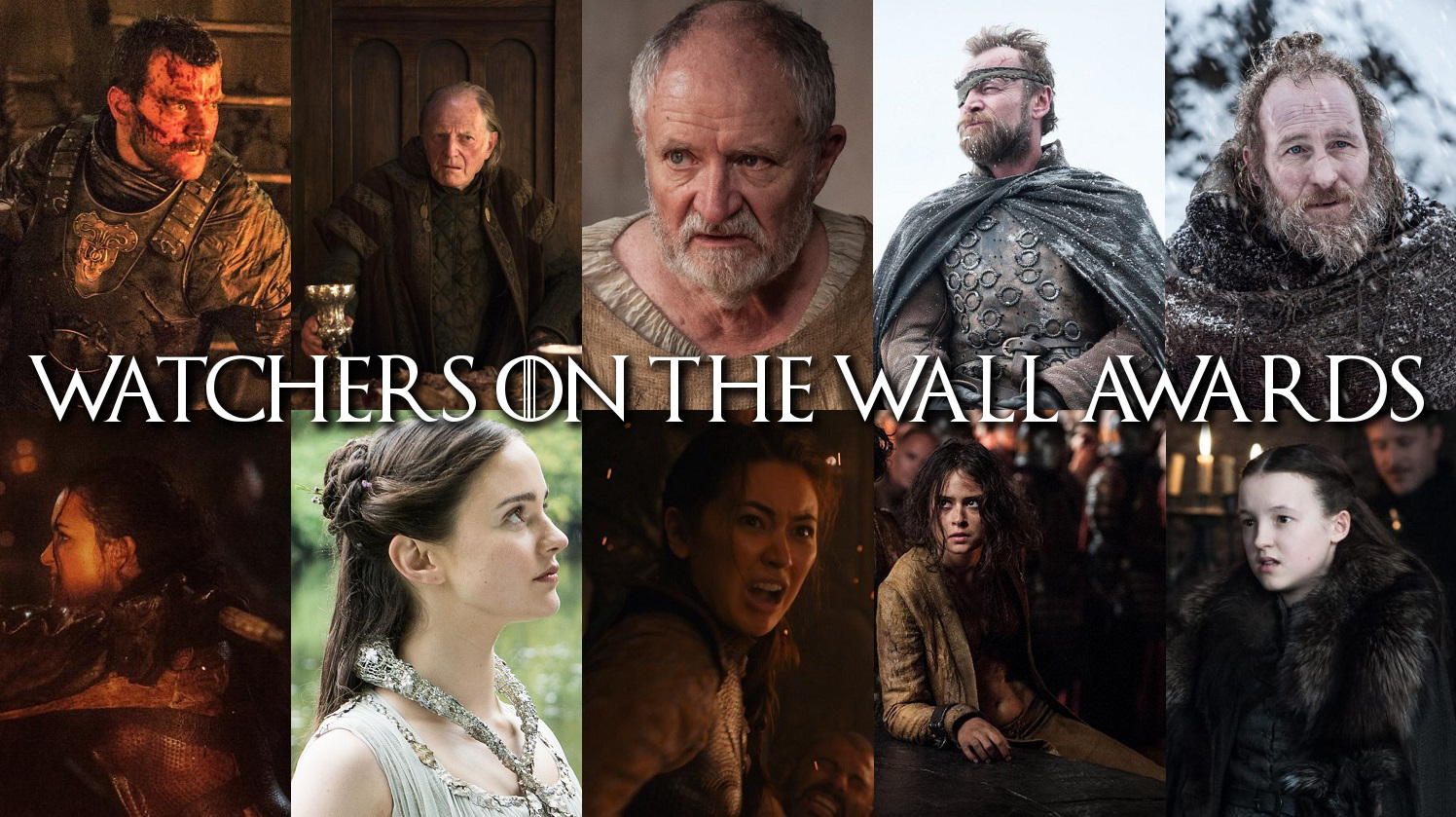 The cast of Game of Thrones is loaded with talent, from the big names leading the show for years, to the smallest feature players who fill a scene with life and are never seen again, to the guest stars in-between. This week at the Watchers on the Wall Awards, we’re celebrating the best guest performers of Game of Thrones on season 7. They may grace our screens for less time than the stars, but they leave a big impression on fans nonetheless. Our readers have narrowed the finalists down to five in each category, but it’s still a tough choice!

Our finalists, as chosen by our readers, are-

The complete results from round 1 voting in these categories can be viewed here!

Final round rules: To choose the winners, cast your vote in each category in the polls below- make sure you vote in both polls! In the finals, unlike the preliminaries, fans have one vote to cast in each category. At the end of 72 hours (Wednesday 12/20/17 at 12PM ET), the performer in each category with the most votes will be the winner! The results of the polls will be revealed during the live Watchers on the Wall Awards ceremony, specific date to be announced in the near future!