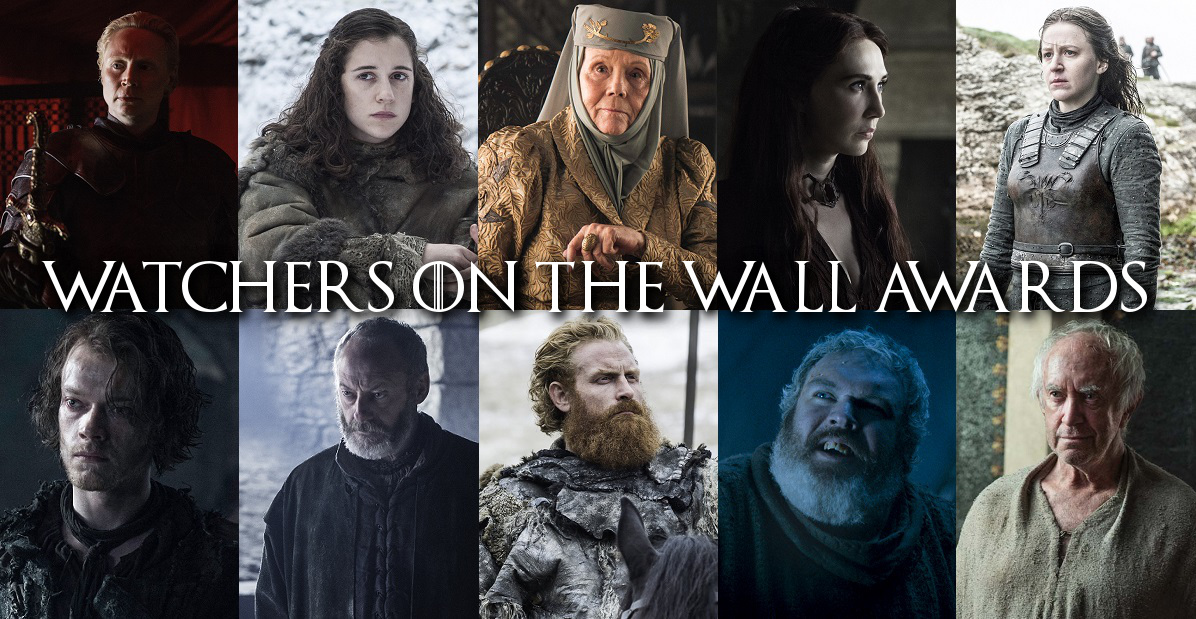 We’ve celebrated the leads and the guest actors who shine on Game of Thrones and now it’s time for the supporting performers of season 6 to have their moment at the Watchers on the Wall Awards.

Admittedly, the line between lead and supporting category is a very fine one in Westeros, and actors shift between them from season to season. Sometimes it’s just a matter of screentime; with so many talented stars taking part in the show, occasionally an actor and their story take a step back for a few episodes. Sometimes a performer is absolutely the definition of a supporting actor, uplifting and improving the people around them with their abilities while creating a memorable character of their own.

However you interpret them, they’re all amazing, and all worthy finalists in this year’s awards. Now, onto those finalists!

For Best Supporting Actress, the nominees are:

For Best Supporting Actor, we have:

Final round rules: To choose winners, cast your vote in each category in the polls below. In the finals, unlike the preliminaries, fans have one vote to cast in each category. At the end of 72 hours (Saturday 9/17/16 at 3PM EDT), the performers in each category with the most votes will be the winner! The results of the poll will be revealed during the live Watchers on the Wall Awards ceremony, which will take place in early October.  Specific date to be announced in the near future!