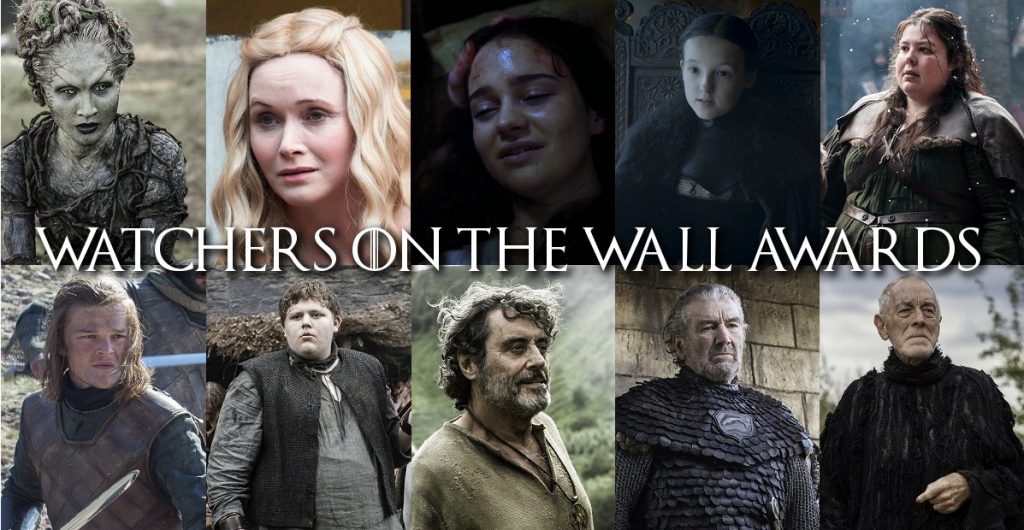 Our focus today in the Watchers on the Wall Awards is a pleasure: having the opportunity to recognize the work of the stellar performers who guested on Game of Thrones in season six.

We’re used to applauding the performances of the show’s stars, the headliners we see week after week. But now it’s time to turn our attention to the talented actors who give it their all in short-term roles, showing up for an episode or two or three to steal our heart (and break it when they get killed off, as most of them do). The guest performers of Game of Thrones keep the show vivid, and their characters, no matter how briefly onscreen, can shape lives, save them and change the world of Westeros.

Our Guest Actress Finalists are:

To see the detailed voting results from round 1 of the Guest Actress Award, visit HERE.

Our Guest Actor finalists are:

You can see the complete results from round 1 of Guest Actor voting HERE.

Final round rules: To choose winners, cast your vote in each category in the polls below. In the finals, unlike the preliminaries, fans have one vote to cast in each category. At the end of 72 hours (Tuesday 9/13/16 at 5PM EDT), the performer in each category with the most votes will be the winner! The results of the poll will be revealed during the live Watchers on the Wall Awards ceremony, which will take place in early October.  Specific date to be announced in the near future!