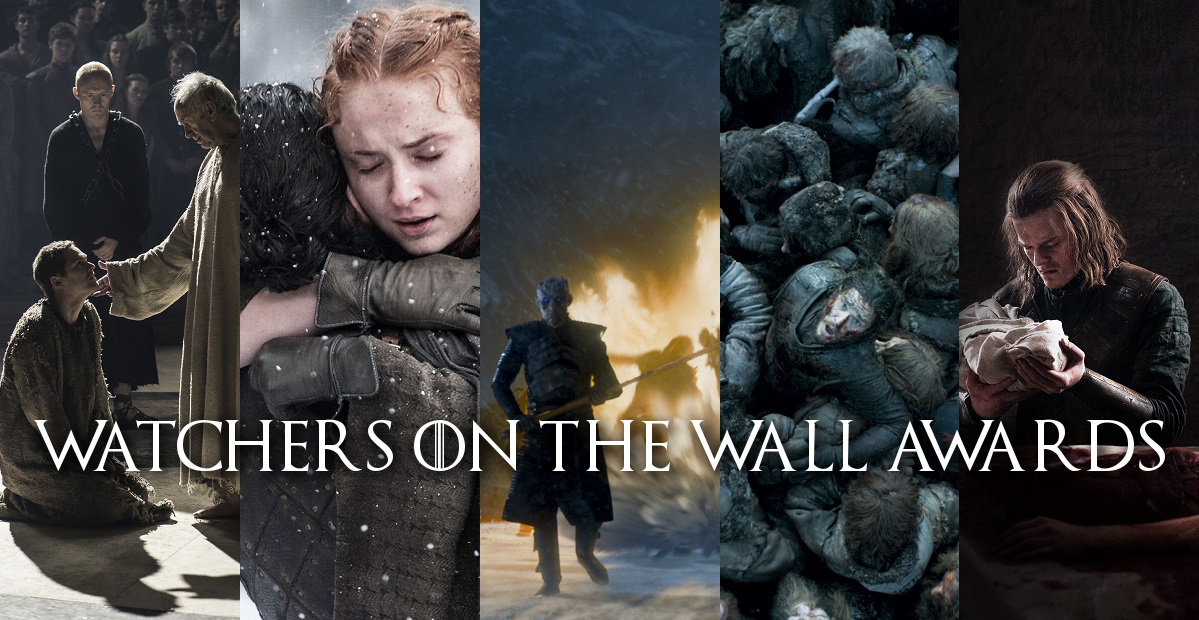 Today, we’ve come to a major category in the Watchers on the Wall Awards finals: Best Dramatic Scene of Season 6. Game of Thrones never lacks for dramatic moments, but this past season took it to new heights. with long-awaited revelations and reunions, shocking power plays and of course, many many deaths.

There was a long list of nominees in the preliminary round for this award, but with almost 10,000 votes from WotW readers, we narrowed it down to the top 5. Watch the finalist scenes, tear up, take a deep breath, and cast your vote for Best Dramatic Scene. Your finalists are:

In the battle, Jon is nearly crushed, finds the will to live again, and breaks through in a rebirth.

The trial begins, and Cersei destroys the sept of Baelor with wildfire.

Jon and Sansa reunite tearfully, and catch up afterward.

The Night King attacks the cave, Bran wargs, and Hodor holds the door.

At the Tower of Joy, young Ned finds his sister Lyanna has just given birth.

Final round rules: Cast your vote for the winner in our Best Dramatic Scene poll. In the finals, unlike the preliminaries, fans have one vote to cast in each category. At the end of 72 hours (Monday 9/19/16 at 9PM EDT), the scene with the most votes will be the winner! The results of the poll will be revealed during the live Watchers on the Wall Awards ceremony, which will take place in early October. Specific date to be announced in the near future!