Game of Thrones stars turn out for the BAFTA Tea before the Emmys | Watchers on the Wall | A Game of Thrones Community for Breaking News, Casting, and Commentary 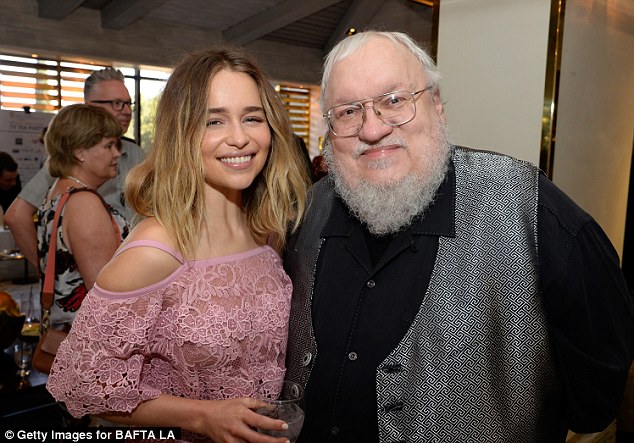 The annual BAFTA Los Angeles Tea Party, ushering in the awards season, occurred last night and several Game of Thrones notables were in attendance. The stars gathered at The London Hotel in West Hollywood to party and celebrate the Emmys together, with The Hollywood Reporter covering the event.

We’ve rounded up the highlights from the red carpet and party for your Sunday morning enjoyment: 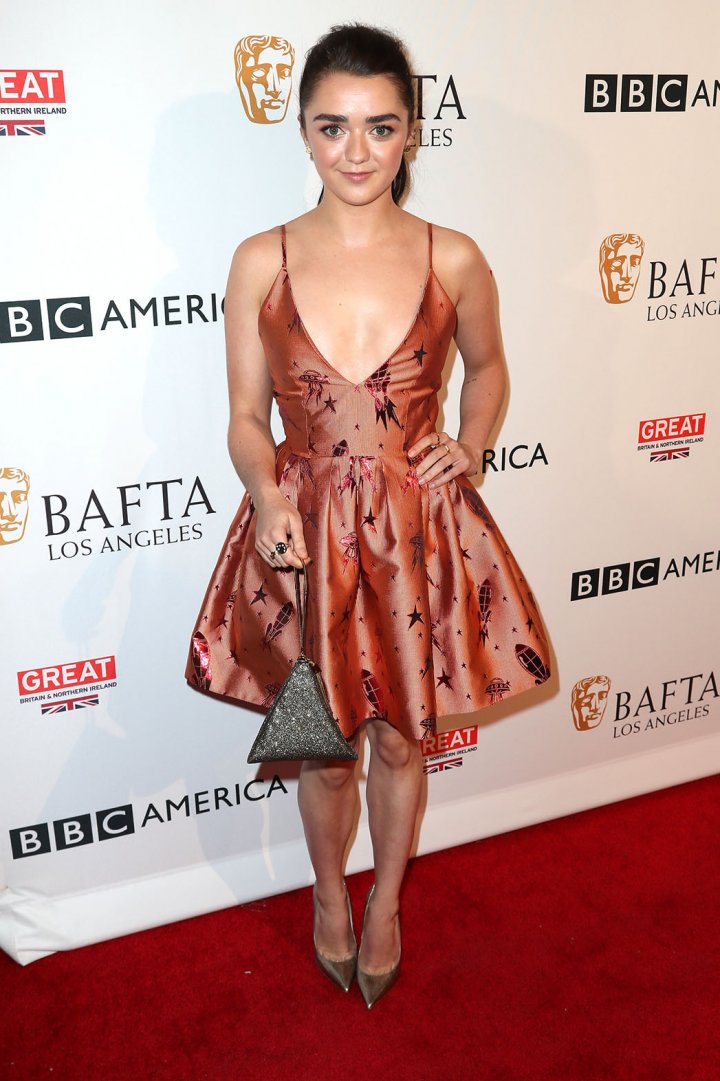 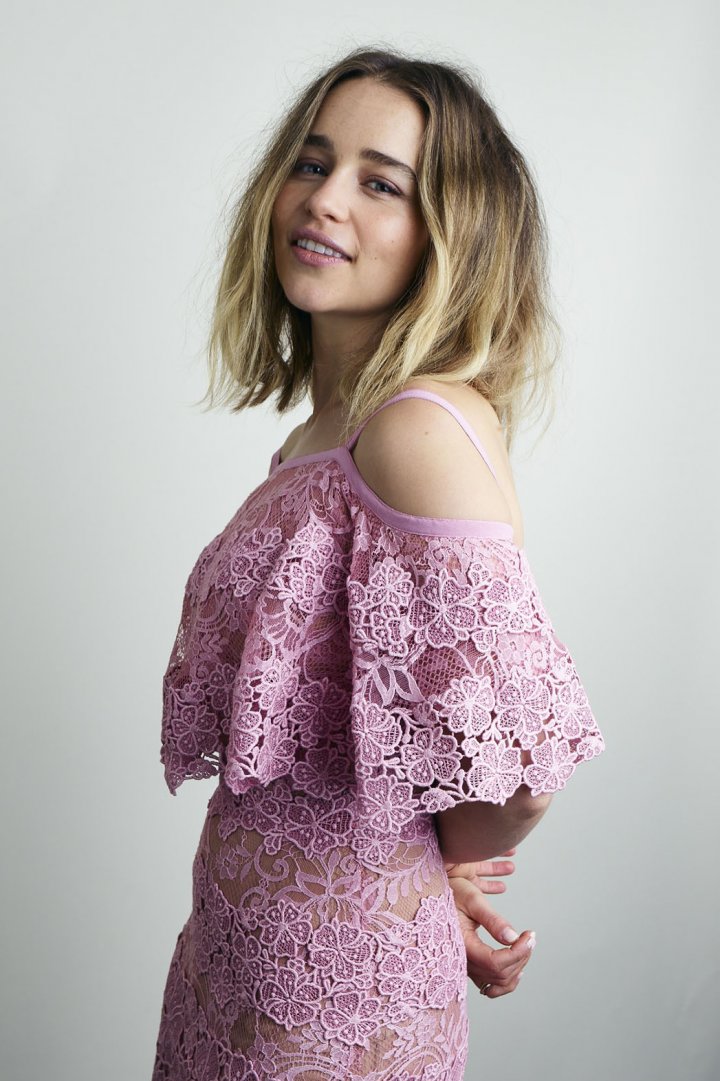 Emilia offered up praise to her crew on Instagram:

Hannah Murray was at the party as well, looking very un-Gilly-like: 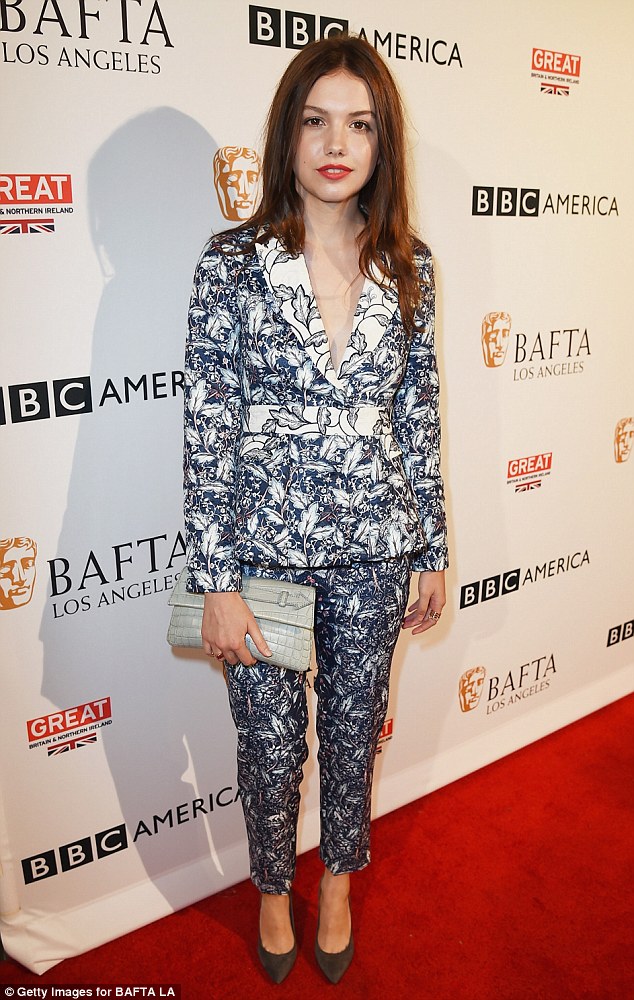 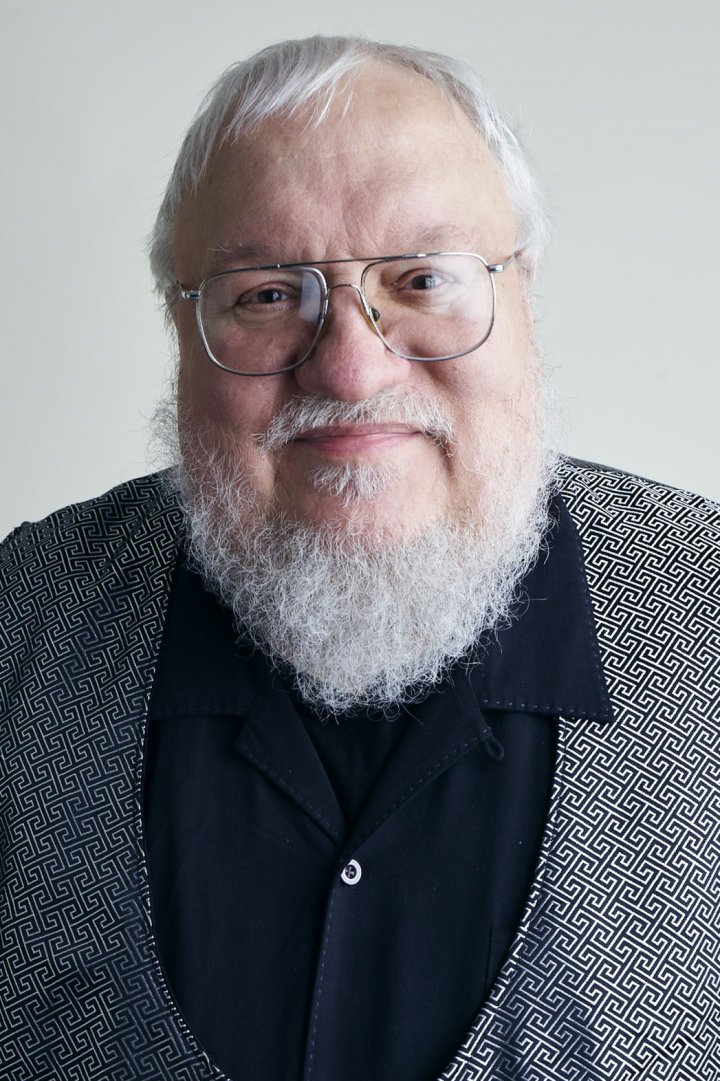 Emilia at the BAFTA Tea with Supporting Actress in a Comedy nominee Niecy Nash. 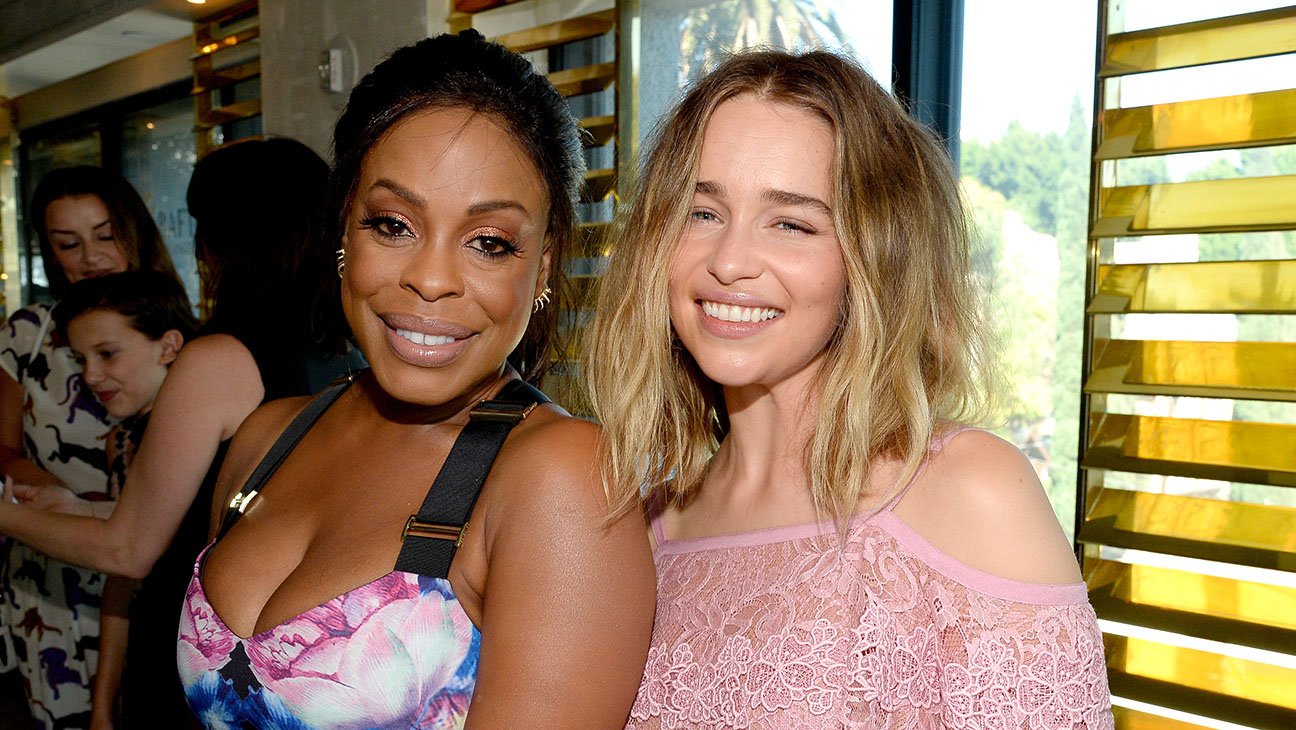 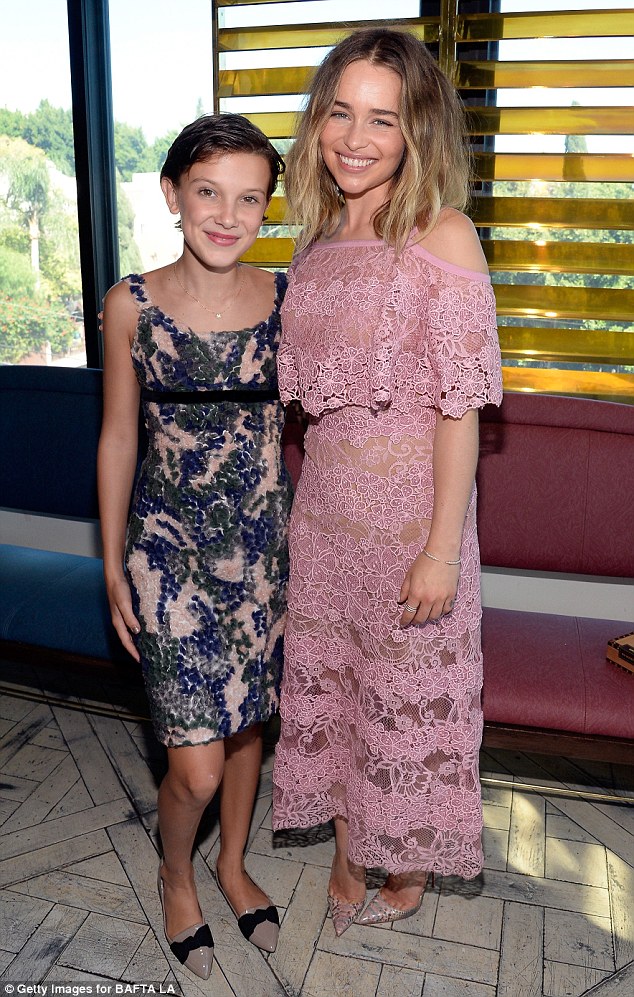 George with screenwriter Max Landis at the tea: 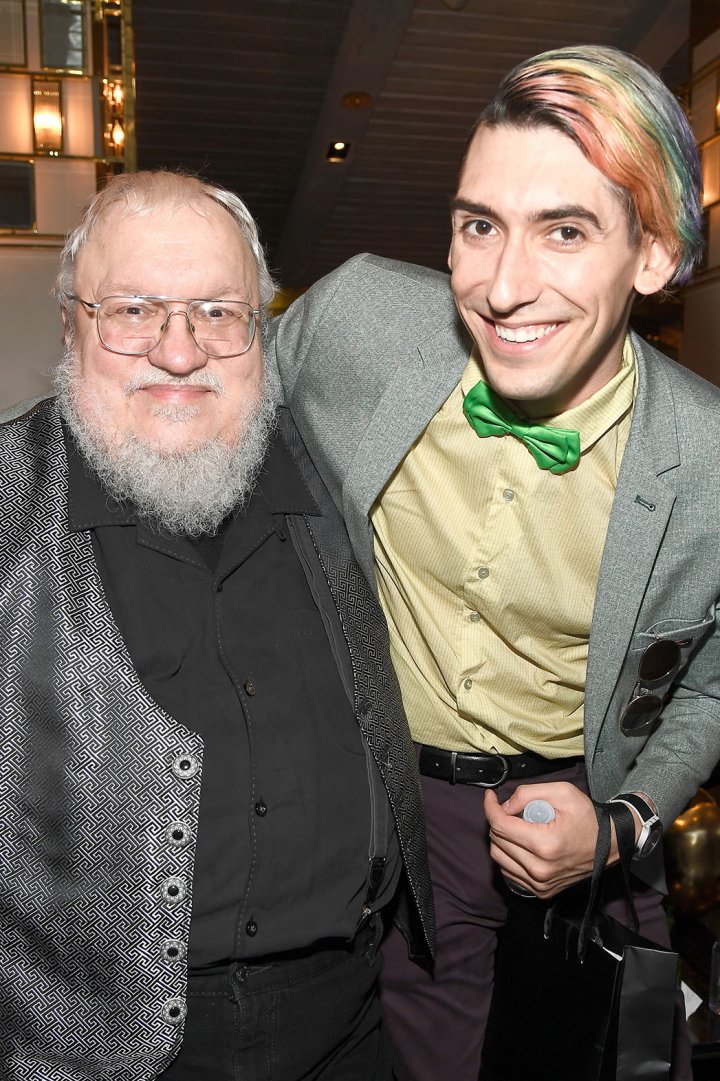 Maisie and George, having a moment: 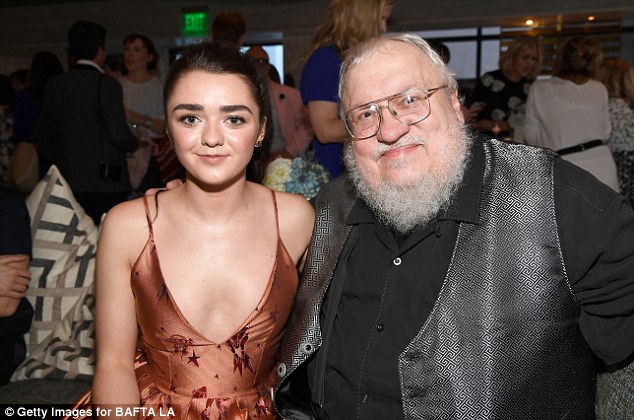 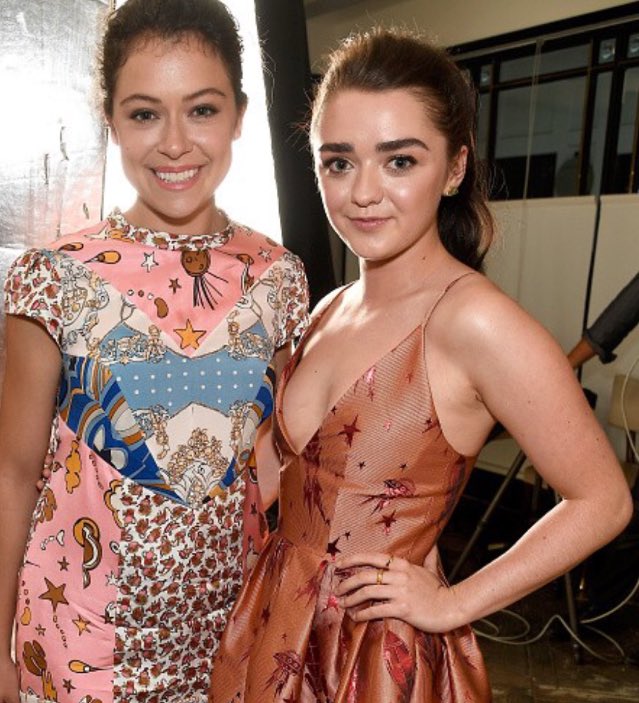 Producer/writer Bryan Cogman and Maisie Williams were both enjoying chocolate Emmys courtesy of their hotel yesterday:

The BAFTA tea also cleared up another mystery: Maisie’s new tattoo, of the date “07.08.09.” She tells Yahoo: “It’s the 7th of August and not the 8th of July — because in the UK we put our dates the other way around,” she explains. “It was the day I found out I got the part in Game of Thrones.” Sophie Turner found out on the same day, hence the matching tattoos.

Also tweeting about the Emmys this weekend: Iwan Rheon, who we can expect to see there.

Kit Harington was out partying last night as well, over at the 10th Annual Evening Before the Primetime Emmy Awards Party. Images courtesy of Variety. 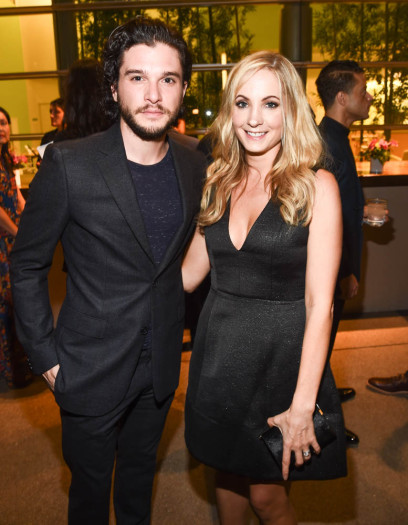 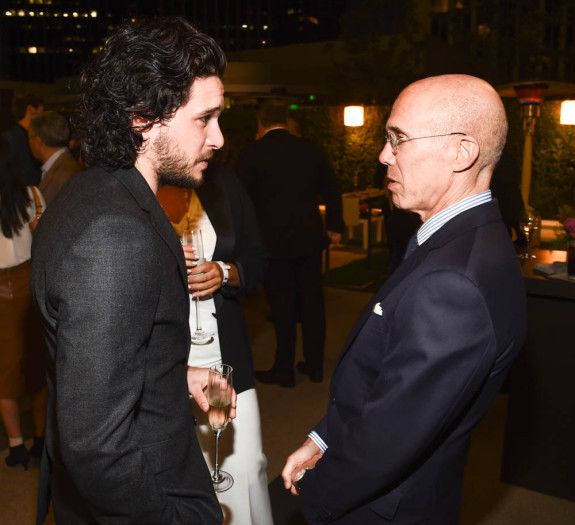 The Emmy Awards take place this evening on ABC, with the awards being handed out beginning at 8PM EDT. You can tune in earlier, 6PM onward, to watch red carpet coverage and the countdown to the Emmys! Game of Thrones is represented in multiple major categories, and win or lose, this will be a big night for the stars of the show.