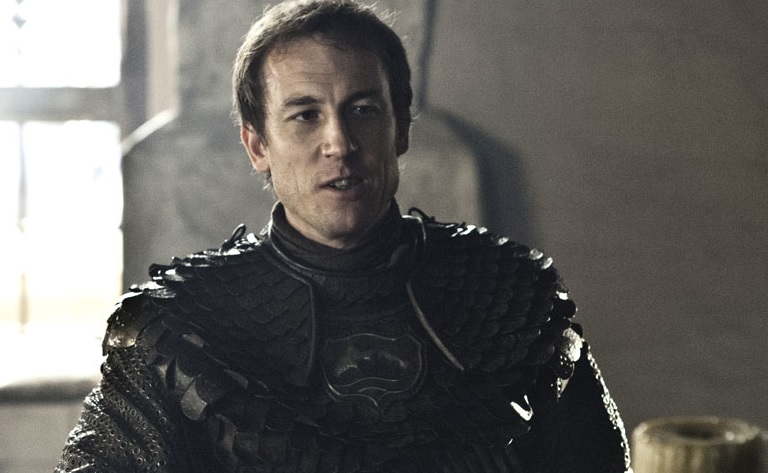 There are a number of unaccounted-for characters on Game of Thrones that fans often wonder about- our own Oz even examined these disappearing acts recently. This week, two season 3 cast members are out promoting newer projects, and their time on Game of Thrones and current status luckily came up.

Vulture catches up with Tobias Menzies, who has been doing very well since Edmure Tully fell into the hands of the Freys at the Red Wedding. The actor has been starring in Outlander in dual roles, one of them a villainous sort that’s the polar opposite of goodhearted Edmure. (In fact, much of the interview covers a rough scene on his new show and the full frontal nudity it entails- hop on over to Vulture for amusing tales of Outlander ‘modesty pouches.’)

We’ve had no updates on Edmure recently, as viewers, and can only assume he’s alive as a captive of Walder Frey. Menzies is enthusiastic about the prospect of returning to Game of Thrones to fix that loose end, in a playful discussion with Vulture, who are all for it (as are we!).

“Oh, yeah. I’m totally on board. I love that we’re plotting out the next seasons of one of the biggest shows!” He says to Vulture. “I’m not sure they’re going to listen to us, but maybe the Blackfish and Edmure Tully can get back together.”

He’s unsure if a return will happen but game for it.  “I do wonder if they’ll be able to tie up all the ends. Some, they might just have to leave alone. I think it’s going to happen, though! I’m excited. You’re basically going to get a cut of the fee. What do you want? Five percent? Ten percent? All the stars are aligning. [Laughs] I’d love to go back, and Northern Ireland’s just across the water.”

Check out the rest of the interview at Vulture. 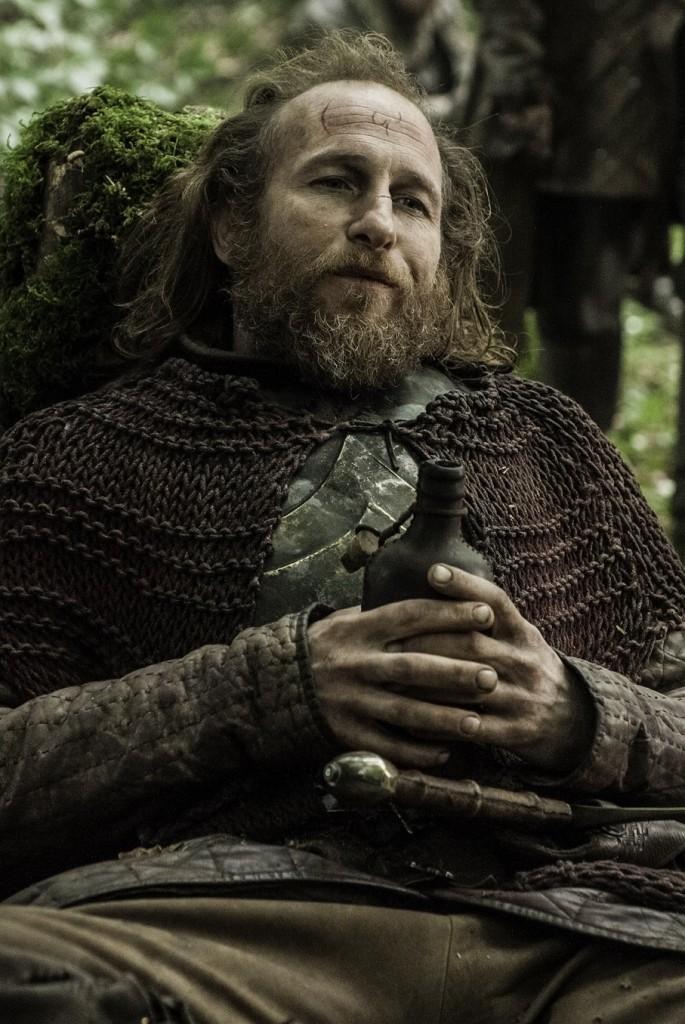 It was in fact his role on GoT  that helped him nab the Strange & Norrell part.

“Toby [Haynes, director] saw me in Games Of Thrones [series 3] and got me in. The first thing he said was he wanted me to make him like Iggy Pop. I thought, “Right, that’s bang up my street.”

He also cites the show for the reason there’s so much fantasy on television these days, including his latest project:

“I suppose Game Of Thrones has had a lot to do with it. I think it whet people’s appetite. I didn’t expect myself to like Thrones and I got completely sucked in. It’s not that it’s just magic or fantasy.”

As for his current status on GoT, Kaye says, “I’m still alive! It’s quite an achievement actually. I managed to avoid getting invited to certain weddings. I’m retired not out, but hoping to return.”

So there we have it, two actors from unresolved storylines that I’m sure most fans would like to see handled at some point. Let’s make that happen!