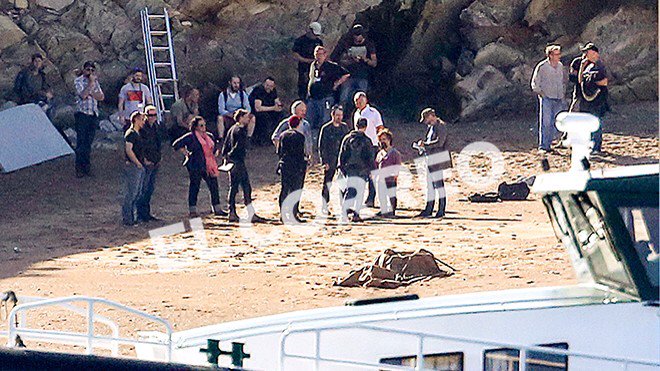 Game of Thrones filming hasn’t even begun in Spain, and we’re already having cast sightings!

Peter Dinklage was spotted earlier just after arriving at the airport in nearby Bilbao, and now the actor has popped up again, this time at a soon-to-be shooting location. Spanish press captured Dinklage on camera on the beach in Barrika, along with Ser Davos himself, Liam Cunningham. Filming is expected to take place in Barrika on Muriola Beach next Wednesday and Thursday.

As we can see from locals’ photographs of the beach in Barrika, modifications are underway for filming: 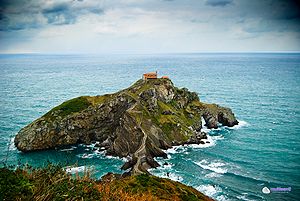 This small patch of Basque Country will be a bustling hive of Game of Thrones activity for the next couple weeks. Along with the filming in Barrika and Zumaia, the show will be rolling on Bermeo’s Gaztelugatxe islet.  According to Europa Press, filming will take place on the 20th-22nd on Gaztelugatxe.

The original extras casting call noted that extras were needed for the period from October 21st through the 30th. The extras will be used in filming throughout this northern region.

With a huge amount of filming happening across multiple towns, we can expect many more stars of Game of Thrones popping up in Basque Country very soon! Emilia Clarke is rumored to have already landed, but we don’t have confirmed sightings yet. So keep your eyes peeled, because the best part of filming season has just begun.