Spanish updates, photo shoot and some surprising Almería sightings! | Watchers on the Wall | A Game of Thrones Community for Breaking News, Casting, and Commentary 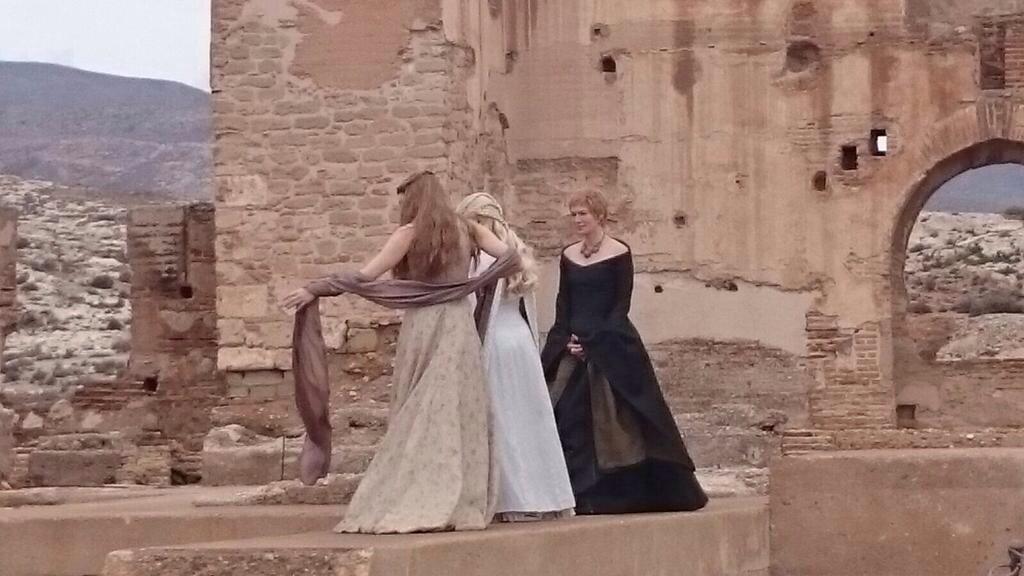 We have more cast sightings from the Almería region of Spain today, including some rather unexpected arrivals…

Keisha-Castle Hughes shared this image on her Instagram page, not surprising to see her in the area after her Dornish cohorts were spotted there earlier this week.

It looks like Michiel Huisman is sticking around in Spain for the time being, after he posted this photo:

We also have this great image of Emilia Clarke, Lena Headey and Natalie Dormer in costume, sadly not an upcoming Three-Queens-Hang-Out-Together Season Six plot-twist, but an Alacazaba photo shoot shared by Juego de Tronos on Twitter:

This next one is potentially spoilery so read ahead at  your own peril!

Surprisingly, we’ve also had sightings of Conleth Hill and Diana Rigg in the area as reported by La Voz de Almería, who report Spanish filming will finish on Friday 23rd October. 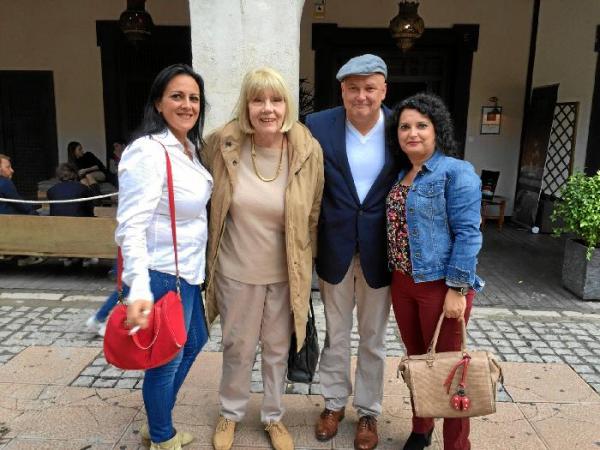 Are Varys and Olenna headed to Dorne in Season Six? Is Almería standing in for another location?  Or are the two actors simply there for a holiday?  Of course they may also have been part of the photo shoot, but feel free to speculate away folks!

Thanks to Watchers H.Stark and Matt for the Varys sightings!