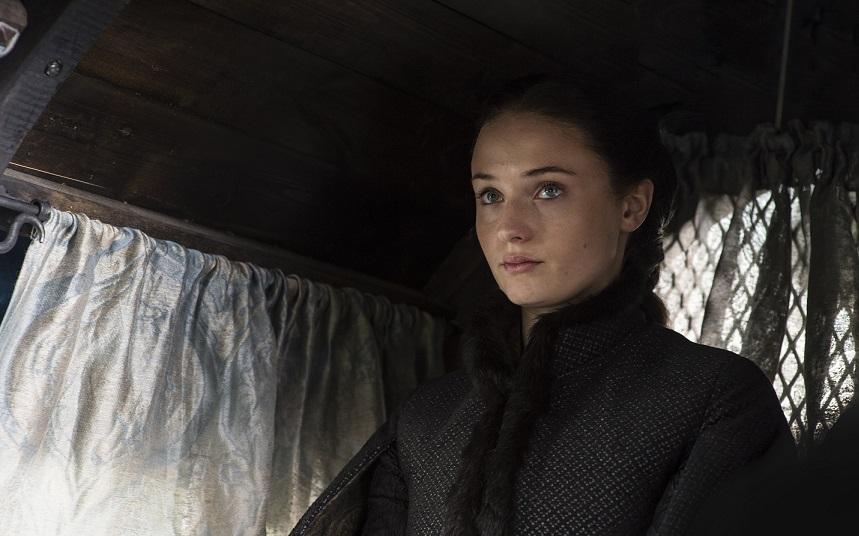 There’s been some confusion today over Sophie Turner and whether or not the actress is filming Game of Thrones in Northern Ireland at the moment.

We now have information from our sources that have settled the matter.

Earlier today, @IrishThrones tweeted that Sophie Turner was on location with Nikolaj Coster-Waldau and Gwendoline Christie, leading fans to believe that Sansa would be at Riverrun in season 6. Turner has not been spotted filming Riverrun scenes as far as any other sources are aware of, so it was quite a surprise.

The question was complicated somewhat when it was announced that Turner will be starring in a new Huffington Post webseries called #PowerShift, at a press conference this morning.

Initial articles made it appear she was present at the London conference, which would’ve made her filming in Corbet-Banbridge very unlikely. However, later articles and photos showed Turner appeared at the conference only via a video.

We checked in with our own sources to resolve the question, and we’ve learned that there are in fact two Game of Thrones units at Banbridge’s Linen Mill Studios shooting today, on different sets. The studios house more than one filming area, of course. Our sources have confirmed that while Sophie Turner was at the Banbridge studios, she was not filming on the Riverrun set.

Los Siete Reinos‘s sources also confirm that Sophie Turner is not filming on the Riverrun set.

So that settles that. If Sansa is not at Riverrun, where do you think she’ll be in season 6?