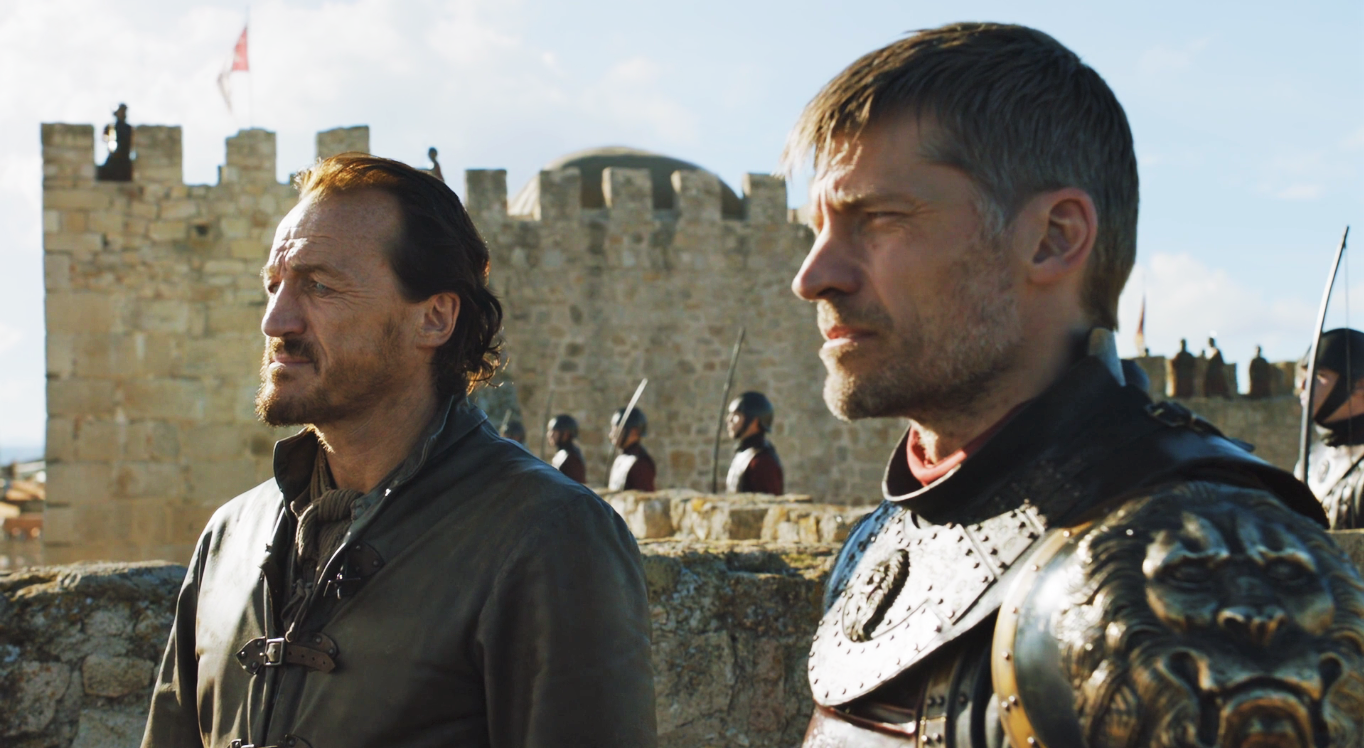 A few weeks ago we brought you the best look yet at the five-month construction project next to Titanic Studios and the Paint Hall in Belfast, Northern Ireland, where Game of Thrones is headquartered. Today, we not only bring you the latest look at this King’s Landing set but also an exciting report on its unexpected future … on film?

Belfast Telegraph reports this addition to Titanic Studios has almost been completed — after almost half a year of work, which is reported to have required 1 million pounds.

The fortune behind this gargantuan set could be explained by the show’s merits alone. As profitable as Game of Thrones is for HBO, it can’t have been that difficult for the producers to convince the network to go out with a bang — that is, with a budget that allowed them to do things like this. But there may be other reasons behind the expense; perhaps HBO is looking for a higher —and continuous— return on their investment. Indeed, if Belfast Telegraph is correct, the King’s Landing set will not be torn down after filming ends, as it’s the norm, but instead maintained, with their on-set sources claiming HBO wants to use it as a tourist attraction and “for movie projects.”

Your initial reaction may be skepticism, as sets like these are not usually built to last. However, if you have been following this particular creation, you may have noticed there are more steel girders and beams and fewer scaffolding than usual. Maybe the crew just wanted a particularly sturdy set, which makes sense considering what we know will take place here … but, just maybe, they also wanted it to last. Of course, the rough and wet Northern Irish weather will decay the plasterwork facades in no time, but the Winterfell set has stood for years, requiring maintenance only once a year. As long as the facades are preserved, keeping the set as a tourist attraction may just be possible.

Its other reported post-Game of Thrones function is as intriguing as it is perplexing. “Movie projects” are cited — not TV shows. Does this indicate one of HBO’s prequel spin-offs may turn out to be an HBO film instead of a series? Or will HBO use the King’s Landing set for films that have nothing to do with the world of George R. R. Martin?

For now, we have more questions than answers. Reports of Disney taking over the Paint Hall for future Star Wars films may have something to do with these “movie projects,” but it’s too early to say for sure. Whatever the case may be, if Belfast Telegraph‘s sources are right, what’s perhaps the largest set in a long history of large Game of Thrones sets will live on beyond the show itself, and you may get to visit it someday!