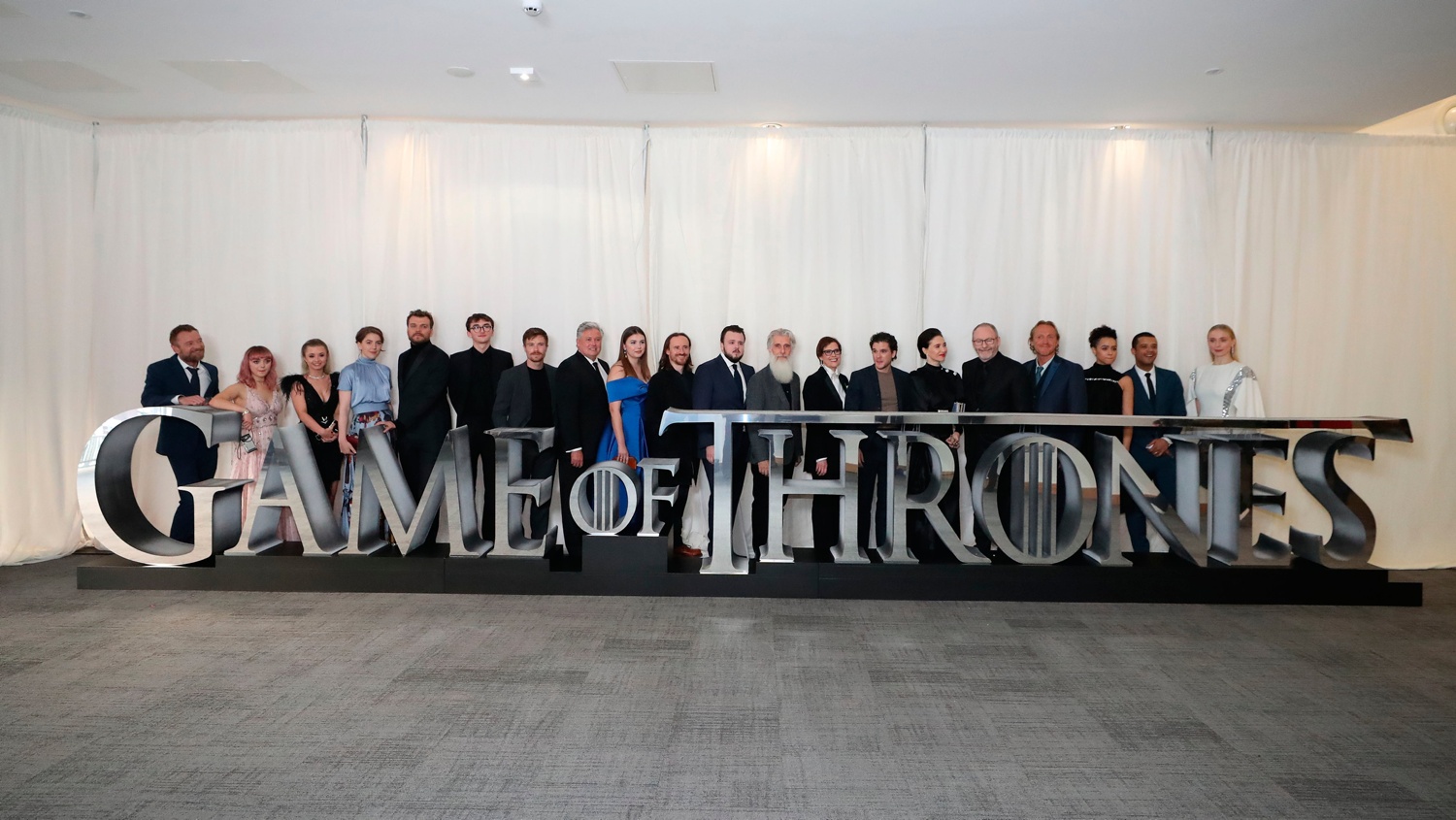 The European premiere for the final season of Game of Thrones took place yesterday in Belfast. Though not as extravagant an affair as the New York City premiere, much of the cast still attended the screening of the season premiere, including a few missing in NYC.

The boys are back in town. Kit Harington arrives at #GoTPremiereBelfast. #GameofThrones pic.twitter.com/FzwAGRWHuf

A Stark contrast to how they all looked together eight years ago. Reunited on the red carpet at #GoTPremiereBelfast. #GameofThrones pic.twitter.com/VfX7XAkmXB

During the red carpet, SkyAtlantic also interviewed the cast, including Isaac Hempstead Wright, who says “the first episode [of season eight] is spectacular. I think it’s one of the strongest—probably the best—opening episodes we’ve ever done in Game of Thrones.”

Absent from New York, Gemma Whelan was elated to attend the Belfast premiere, as attested by her Instagram post, where she says she was “blown away” by the season premiere (“Holy dragon balls”, she exclaims) and that it was “so special to be back in Belfast with the best gang in the world.”

Holy dragon balls I watched the first ep of the final season last night and I am BLOWN AWAY! You are going to lose your minds. So special to be back in Belfast with the best gang in the world, thank you for an amazing time #Hbo #got Thank you @rosefordestudio for helping me scrub up dress from @teatumjones shoes and bag @louboutinworld and lovely jewels from @aurumjewellery I CANNOT WAIT FOR YOU ALL TO WATCH THIS ON SUNDAY 🤯

Finally, I’ll just leave you with this Pilou Asbæk gem…

Hm, Hand lotion? Okay. Nevermind. Maybe we should focus on what’s important instead: for one final time, Game of Thrones is back TOMORROW! I can’t even believe it.