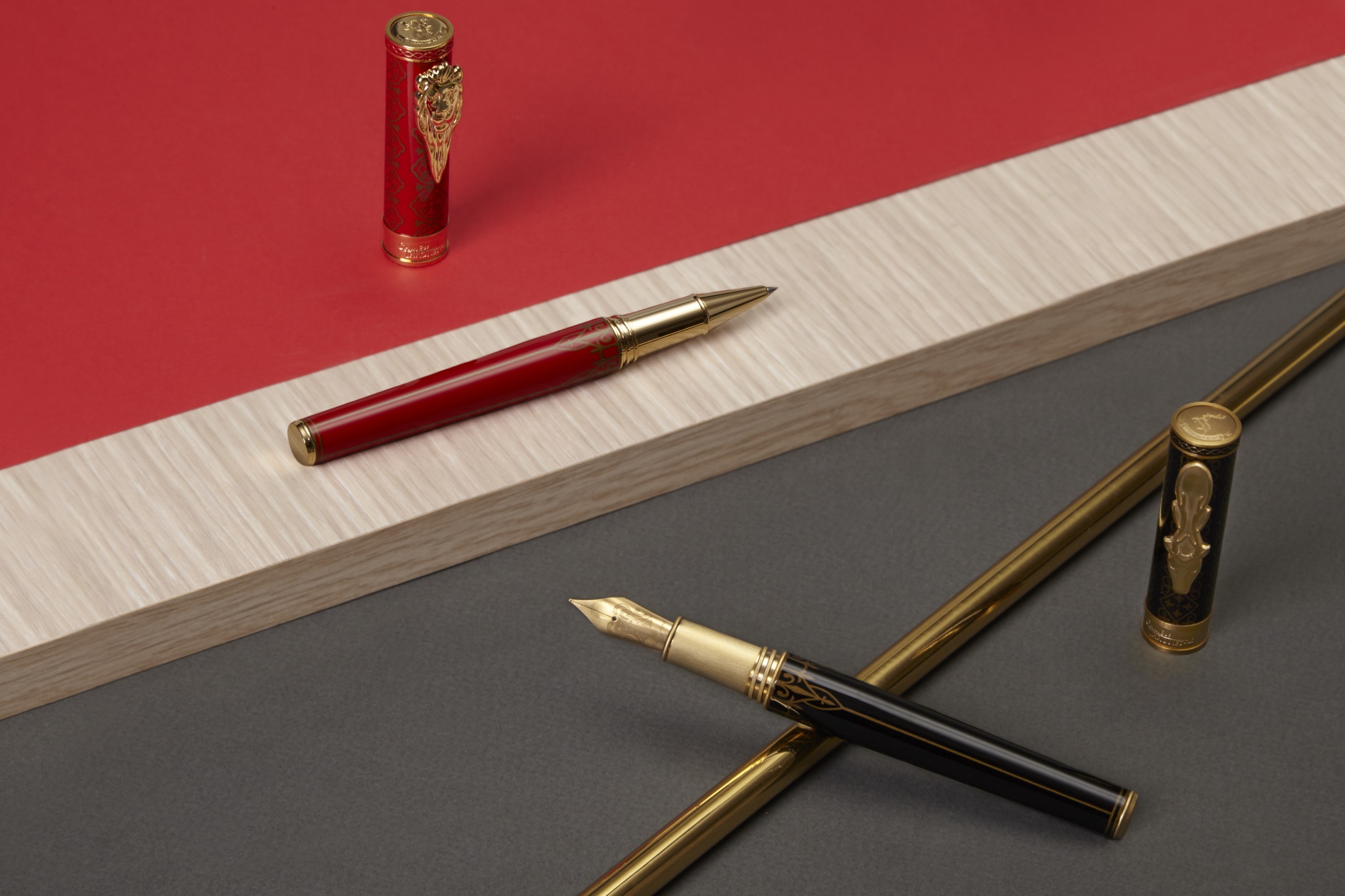 This has been a banner year for beautiful merchandise for Thrones fans, and the merch doesn’t get any finer than Montegrappa‘s new line of Game of Thrones pens, unveiled earlier this year. In February, the Italian company announced the debut of luxurious pens celebrating the four greatest families of Westeros – Stark, Targaryen, Lannister and Baratheon- with each Great House’s pen individualized in their own unique style. These items were joined in July by the Iron Throne itself, in limited-edition rollerball and fountain pen versions.

So, how do the new Game of Thrones pens from Montegrappa measure up? We’re here to tell you!

We can tell you this is a striking experience from the moment you begin unpackaging your Game of Thrones pen. When they say that Montegrappa is luxury, they aren’t kidding. The presentation is carefully thought-out, with the sigil of each house represented on the outer box, along with the official Game of Thrones logo. We received the Lannister pen, so we were treated to the lion rampant sigil of Queen Cersei’s house. 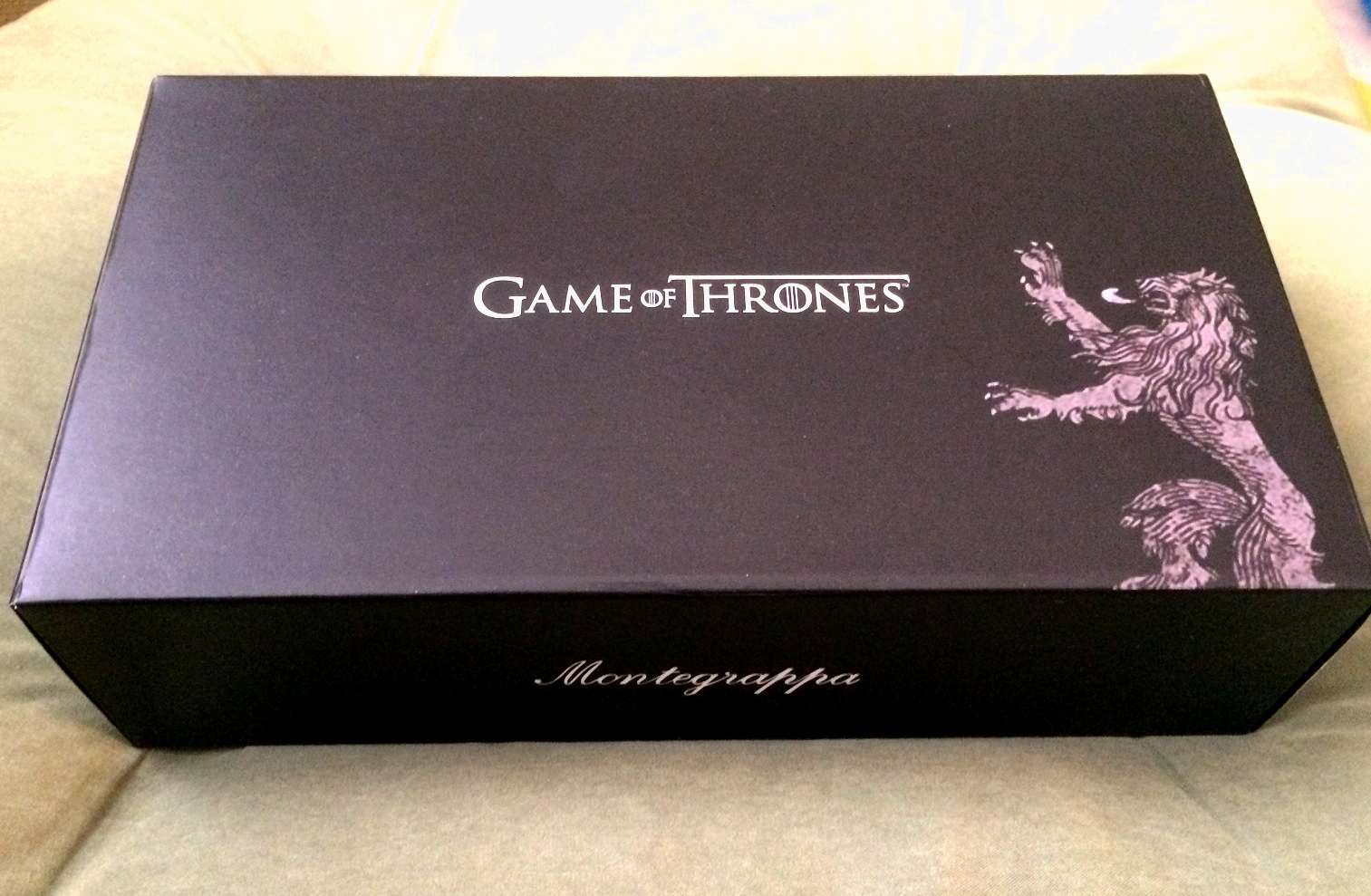 Within the black outer box is the pen case itself, a much brighter feast for the eyes displaying the sigils of all the Great Houses of Westeros. 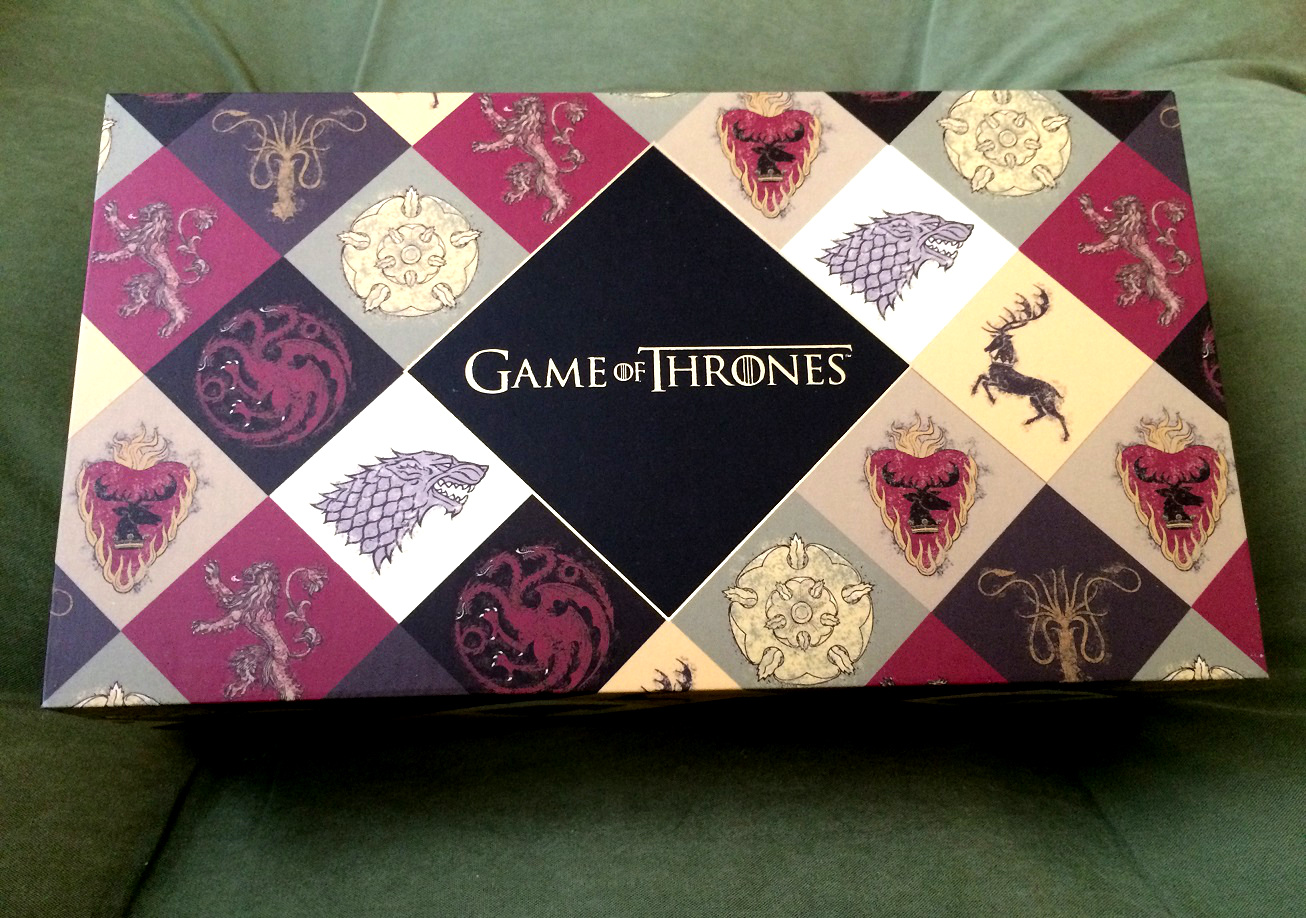 It’s within this case that we find Montegrappa’s House Lannister ballpoint pen laid in snugly. Here you can see the pen after I slipped it out from the velvety strap securing it and out of the plastic that kept it safe. Transport is not an issue with these babies- this company has worked out a system to keep the valuable items in great shape while they’re shipped around the world. With a major collectible like this, you’ll want to know that there are no nicks and scratches. 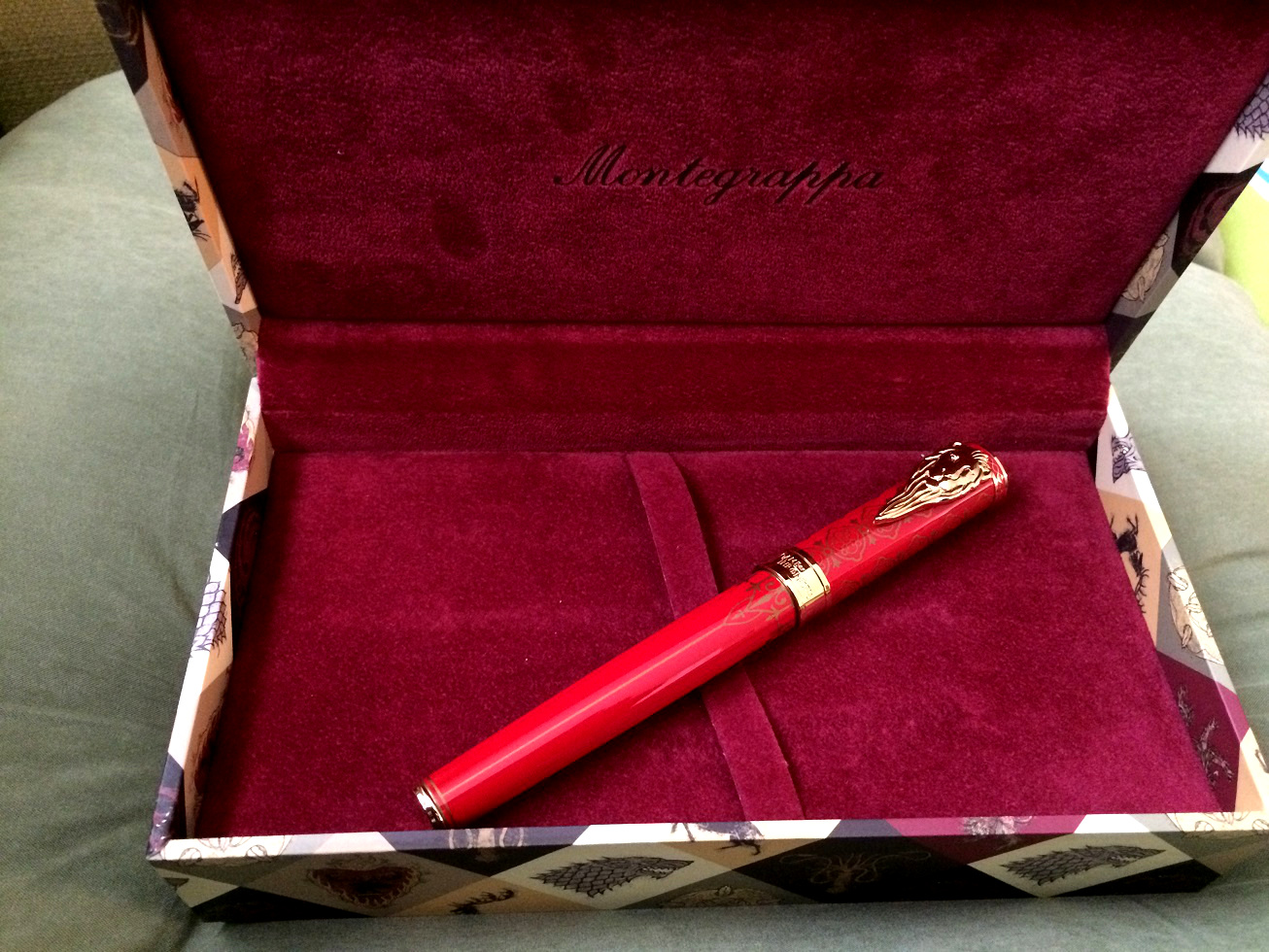 As for the pen itself- honestly it’s the prettiest damn pen I’ve ever held. Cersei would love using this pen to sign royal decrees sending people to their doom.

As for the official description:

For House Lannister, a regal red accented in contrasting yellow gold is the dominant colour. The House Lannister pen features a lion’s head for its pocket clip, and a lion rampant on the cap’s top, above the motto, “Hear Me Roar”. A floral pattern, reminiscent of the Tudor Rose, decorates the cap.

The floral decorations are subtle but visible, and tasteful enough for everyday use if that’s your goal. And while function isn’t my main aim with a pen like this, it does work great, too, flowing smoothly.

As for cons? Well, I imagine many fans might wince at the pricetag of $295 for a ballpoint pen. But for those with a taste for the elegant, and for those who seek out special collectibles, the Montegrappa Game of Thrones collection is well worth it.

The Montegrappa Game of Thrones Lannister Ballpoint Pen is available now, along with the rest of the collection in the HBOShop!

Disclaimer: WatchersOnTheWall was provided with the product for honest review. WotW receives no payment for reviews of products or services.