Montegrappa announces new line of Game of Thrones-themed pens | Watchers on the Wall | A Game of Thrones Community for Breaking News, Casting, and Commentary 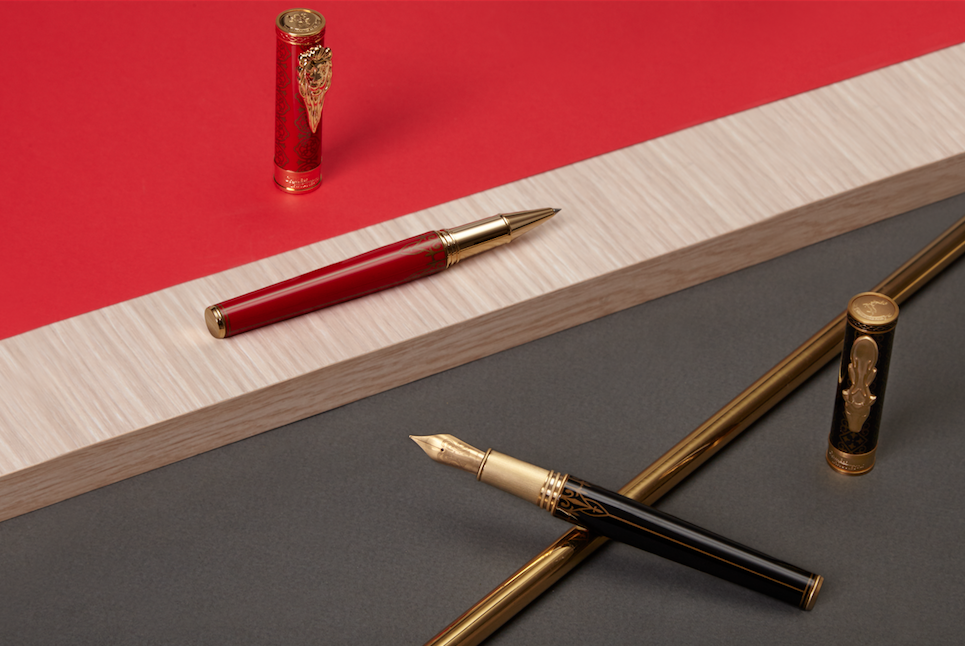 The Italian luxury lifestyle company, Montegrappa, is collaborating with HBO to release a series of writing instruments representing four of the main houses in Game of Thrones: Houses Stark, Lannister, Targaryen and Baratheon.

All the pens in this series feature barrels and caps made with a colorful lacquered surface, with trims fashioned of palladium or yellow and rose 18k gold-plate with “Game of Thrones” engraved on the cap ring. Furthermore, all pens nibs are made of stainless steel and decorated with a sword and are available in the writing grades Extra Fine, Fine, Medium and Broad. The fountain pen is both cartridge and converter fed.

In addition to these adornments, each pen is individualized with the sigils and emblems of its respective house.

House Baratheon: “Colored a sombre charcoal, but accented in contrasting yellow gold, the House Baratheon pen features a stag’s head for its pocket clip, with a stag rampant on the cap’s top, above the motto, “Our Is The Fury”. A fleur-de-lis pattern decorates the cap.”

House Lannister: “For House Lannister, a regal red accented in contrasting yellow gold is the dominant color. The House Lannister pen features a lion’s head for its pocket clip, and a lion rampant on the cap’s top, above the motto, ‘Hear Me Roar’. A floral pattern, reminiscent of the Tudor Rose, decorates the cap.”

House Stark: “With House Stark’s northern origins, the colour chosen for the family’s pen is a silvery-white, accented in palladium, conveying winter. The cap is patterned with a runic symbol reminiscent of Norse artistry. A direwolf’s head forms the pocket clip, while the top of the cap shows the direwolf’s profile, above the motto, ‘Winter Is Coming.'”

House Targaryen: “Only a fiery, metallic red against a coal-black background could represent House Targaryen. Naturally, a dragon’s head forms the pocket clip, while a dragon coils above the legend, ‘Fire and Blood’, on the cap’s top. A filigree pattern graces the cap.” 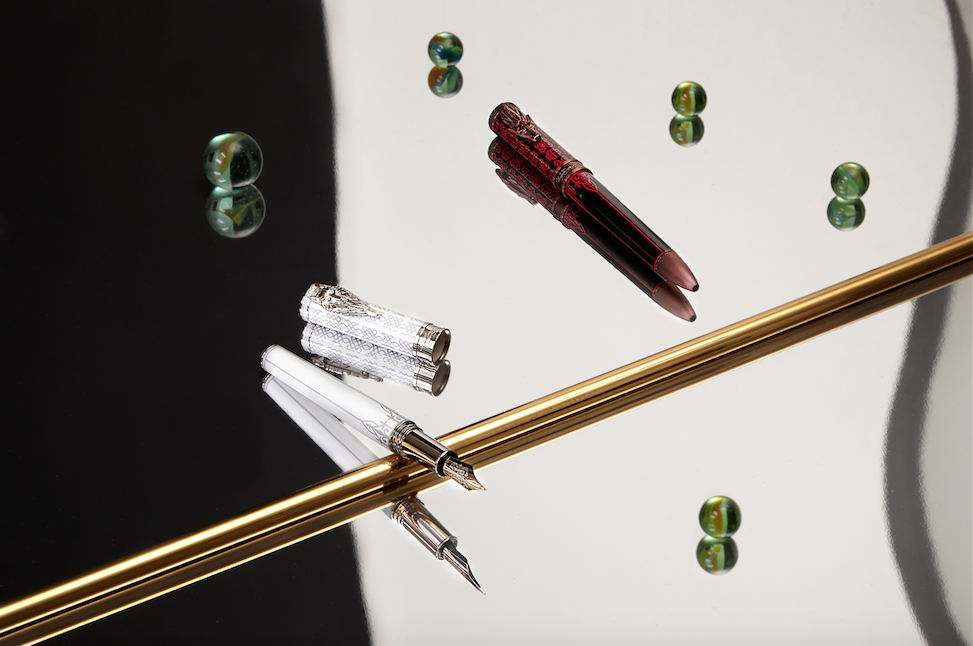 The pens arrive in a double box consisting of a rich, black outer carton bearing the specified House’s symbol and an inner box covered in “material evoking the styles of the historical period that inspired Game of Thrones” as well as House emblems and patterns.

Montegrappa has been manufacturing high-quality writing instruments in Bassano del Grappa, North East Italy since 1912. The company already has plans for deluxe limited editions of these pens.