Peter Dinklage takes center stage in the New York Times | Watchers on the Wall | A Game of Thrones Community for Breaking News, Casting, and Commentary 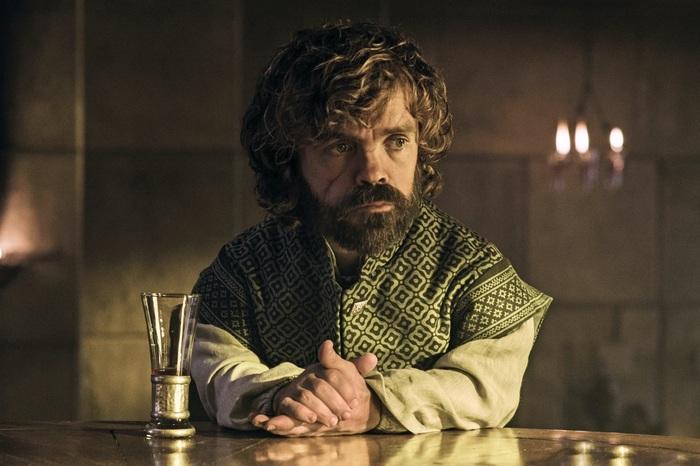 Peter Dinklage takes center stage this weekend in a new profile in the New York Times. The actor met up with the NYT‘s Maureen Dowd to talk dragons, the Iron Throne, selfies and a whole lot more.

Describing what it’s like to work with dragons, Dinklage says, “Ah, working with something that is not there. Sometimes I work with some actors who aren’t fully there. The guys in the visual effects department show you pre-visualizations, pre-vis. It used to be just storyboards, but now they’re really well done on computers, and you see the whole scene with you and the animated dragons before you do it, so you get that in your head. It’s neat. It’s cool. I like it.”

His humor is on display throughout the interview, his answers often laden with a touch of lighthearted snark.

“I think they should dismantle the Iron Throne,” he tells Dowd. “Smelt it down and give it to the poor. It’s very uncomfortable. They would have let the queen of England sit down on it, but she didn’t. But, you know, she’s an elderly lady, and having sat on it myself, I could understand why. It’s made of swords. Sometimes your bum gets stuck for a second.”

The cast and showrunners of Game of Thrones weigh in on Dinklage in the profile, singing his praises in a way we’ve come to expect from virtually everyone who works with him.

Executive producer David Benioff says, “We all love Jon Snow, but most of us aren’t heroes.” He says, “Tyrion is a bit cynical and capable of breaking out of that cynicism.”
Benioff further tells the Times that there’s now “a lot of Peter in Tyrion,” and that in writing GoT, the show has “drawn on his teasing friendships with [Lena] Headey and Conleth Hill.”

Given the onscreen chemistry in Cersei-Tyrion and Tyrion-Varys scenes, that’s no surprise. Their moments together are often my favorite part of an episode.

The actor’s interactions with fans have been a little odd on occasion. He shares one story with the New York Times:

“The other day this teenage girl walked right up to me and put her arm around me and took a selfie and said ‘Thanks’ and just kept walking,” Dinklage explains. “It was almost forgivable because she saw nothing wrong with it. But if you’re sneaking pictures, you know you’re not doing something great. Oftentimes, they don’t want to meet you; they just want proof that they met you. I was watching that Steve Jobs movie on a plane the other day and I was like, ‘You started a monster, man.’”

The profile covers a lot of ground, going in-depth with a very private actor who doesn’t do a lot of interviews. He discusses everything from his wedding (Las Vegas), reports of his daugher’s name (false)  to Project Runway (“Well, who doesn’t love Tim Gunn?” ), so reading the complete profile at the New York Times is a must.