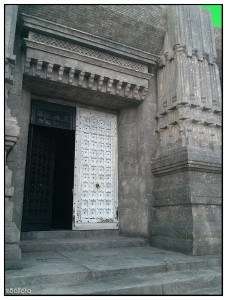 Reddit user PunchPatrol has shared two images of props under construction in Belfast’s Titanic Studios, to be used in Game of Thrones season 5.

The props in question are statues, representing different gods/goddesses, that will occupy a room in the House of Black and White. From what we can see, the statues appear to be extremely faithful to their descriptions in A Feast for Crows.

Spoilers after the cut.

The Weeping Woman is described as a 12 feet tall marble statue, with real tears trickling from her eyes and filling the bowl she cradles. 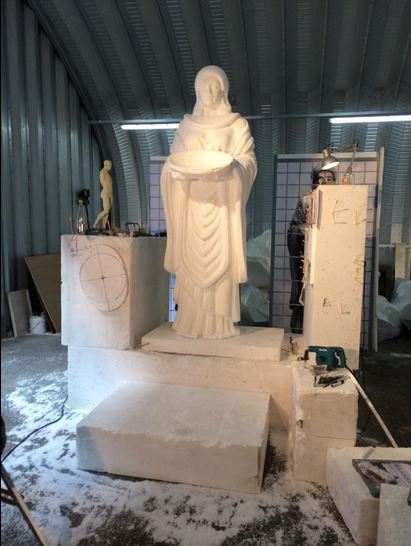 The Lion of Night is an ebony statue of a man with the head of a lion, seated on a throne. 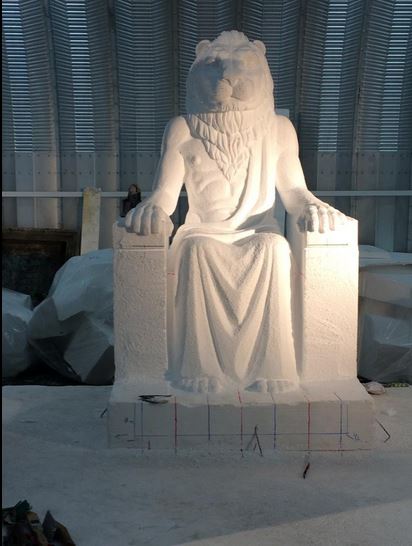 Cast members Ian McElhinney and Jacob Anderson have been spotted on set in Split, Croatia. Judging by the scaffolding, they may be present on the new tavern set.

Just strolling through Split, Croatia and stumble across the filming of series 5 of GAME OF THRONES! #GOT #GreyWorm pic.twitter.com/N941lYFdoj

Also spotted in Split were some prop bodies, which appear to be charred.

Lastly, Extras NI has put out a casting call for featured extras of age 18 and upwards. It is open to all genders and ethnicities. Applicants must have a 26″ or less waist. Filming will take place over four days at most, between October 20th and 31st.

Cian: Thanks to reader Felt Pelt for the heads up on the statues!