Michiel Huisman weighs in on Game of Thrones finale and teases Daario's return | Watchers on the Wall | A Game of Thrones Community for Breaking News, Casting, and Commentary 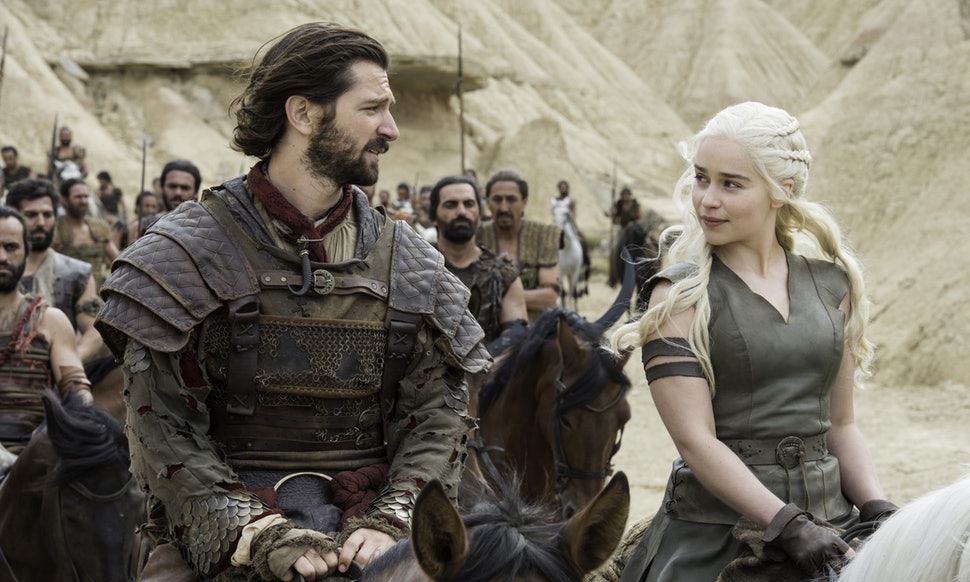 Many of us assumed that we’d seen the last of Daario Naharis at the end of season 6. Then, some of us speculated that he might sail back onto the screen with the Golden Company in season 8. Actor Michiel Huisman recently spoke about Game of Thrones and offered some clues as whether or not we can expect a Daario return next season.

In an interview with Digital Spy, Huisman said, “I can’t wait to see the finale! I don’t know what to say. I shouldn’t spoil anything so I’m not gonna tell you.”

This reluctance could indicate that “The Winds of Winter” wasn’t truly the end of Daario’s involvement on Game of Thrones. Alas, HBO keeps its actors on a very tight leash, spoilers-wise. So, Huisman offered no more details about season 8, if he truly has any. He did, however, speak highly of his experience on the show.

“I learned a lot,” he said. “It created so many opportunities that otherwise might have taken a lot longer. Like being part of [Neflix’s original series The Haunting of Hill House].

We know the Golden Company will play an important role in season 8, given that Cersei hired them at the end of last season and their commander was cast. So, will Daario abandon Meereen and infiltrate this mercenary company for her queen? Or will he stay back as ordered, and we’ll never see him again? Tell us what you think below!