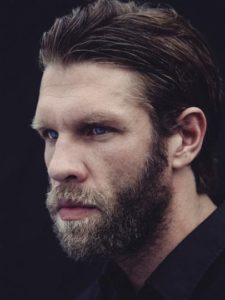 We shared a big batch of season 8 roles with you all a few weeks back, and now, we’re happy to reveal the first casting for the final season of Game of Thrones!

According to his Spotlight CV and his agency, German actor Marc Rissmann will “join the cast of Game of Thrones in the 8th and final season of the show.” The actor’s resume helpfully tells us exactly which role he’ll be playing in the season, and it will ring a bell with readers of George R.R. Martin’s books: Harry Strickland, leader of the mercenary group known as the Golden Company! Last month’s casting notices held a role for a “mercenary” that we speculated might be the show’s loose rendition of Harry Strickland and it looks like we were right.

Euron Greyjoy (Pilou Asbæk) took off in the season 7 finale to collect the Golden Company, on Cersei’s behest. With the confirmation of Strickland’s presence, it seems like Euron’s mission will probably be a success, though you can never quite predict Euron’s next move.

According to the original posted casting notice, this role is for two episodes.

Thanks to WotW reader PB for bringing this casting to our attention!

Update 10/17: the Spotlight entry has been deleted but we screencapped it yesterday: