Game of Thrones prequel projects an "embarrassment of riches," says HBO CEO | Watchers on the Wall | A Game of Thrones Community for Breaking News, Casting, and Commentary 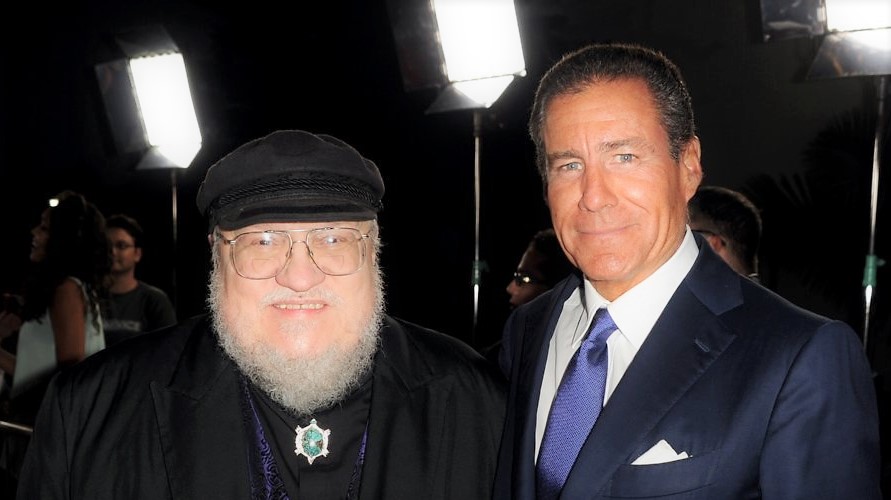 Richard Plepler traveled to Cannes today to receive the Variety Vanguard Award for “his contribution to the TV business” as HBO’s CEO at MIPCOM, an international trade show. During a keynote discussion with Variety, the HBO boss discussed Game of Thrones or, more specifically, the spin-off prequels in development, in rather glowing terms.

Reportedly, and understandably, Plepler was reluctant to share any juicy details about the eighth and final season of the TV show or the possible prequels, but he did reinforce there are five spin-off projects in development by a number of writers.

The CEO assured Variety that “it’s a fantastic group of writers and talent, most of whom have lived inside the Thrones eco-system so are very, very familiar with its intricacies.” This includes Game of Thrones writer and producer Bryan Cogman, who is involved in one of the projects in consideration, and the series author himself, George R. R. Martin.

Plepler has “seen some early ideas on paper” according to Variety. HBO “are looking some things,” in the words of the CEO. “I have read a couple of early bibles, and I’m excited about what I’ve seen.” For those who are not aware, a “bible” is a document detailing the characters and world of a TV show, used not only as reference to keep continuity but also as an accessible way to pitch the show’s concept to the network.

“I think we will find with this embarrassment of riches an exciting property for us to move forward with,” he said regarding the group of screenwriters involved.

We are excited too! However, before a spin-off is greenlit and goes into production, we still have a final season of Game of Thrones, for which the news keep on coming!