New sets being built in Belfast as Hurricane Ophelia threatens Game of Thrones studios | Watchers on the Wall | A Game of Thrones Community for Breaking News, Casting, and Commentary 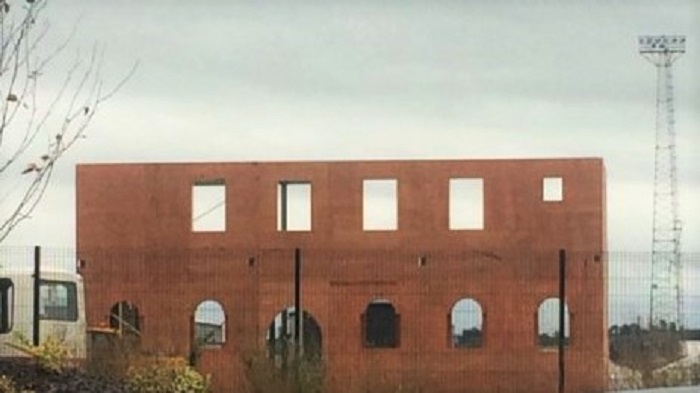 Storm Ophelia has left much devastation in its wake in Ireland and Northern Ireland; it’s been a shock, as no major hurricane ever recorded has gone this far east in the Atlantic. Despite this, filming for the eighth season of Game of Thrones may have already begun. They seem to be ready, as new roles are being cast, old sets have been refurbished … and now, as they deal with the effects of the storm, it appears that new sets may be coming.

Watchers on the Wall has heard that fences have been damaged at Titanic Studios, where the production is housed, and apparently set construction has halted for the time being:

Nevertheless, Los Siete Reinos reports on a new set being built next to Titanic Studios, right in the Paint Hall car park! We don’t know what measures, if any, were taken to protect it from the storm, but the following photos may have been taken beforehand: 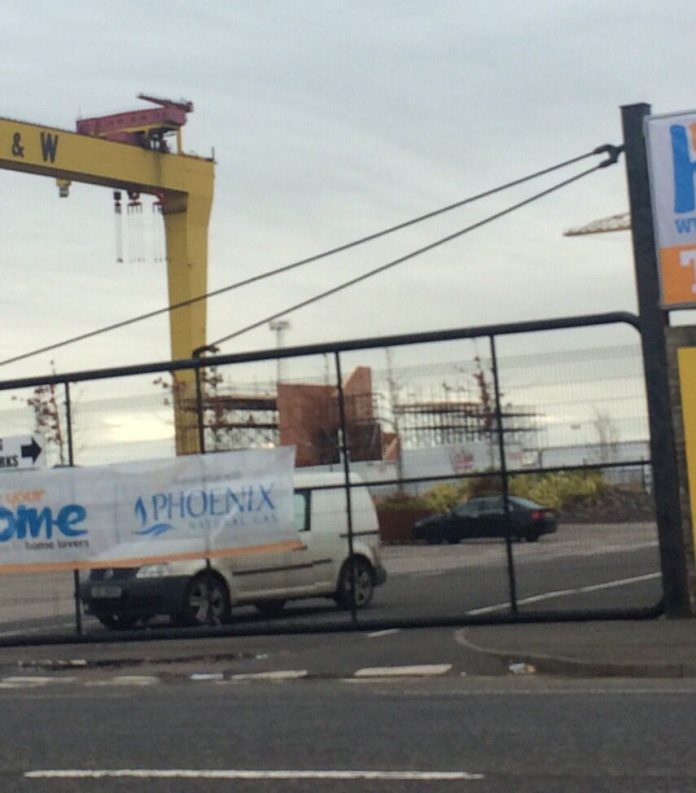 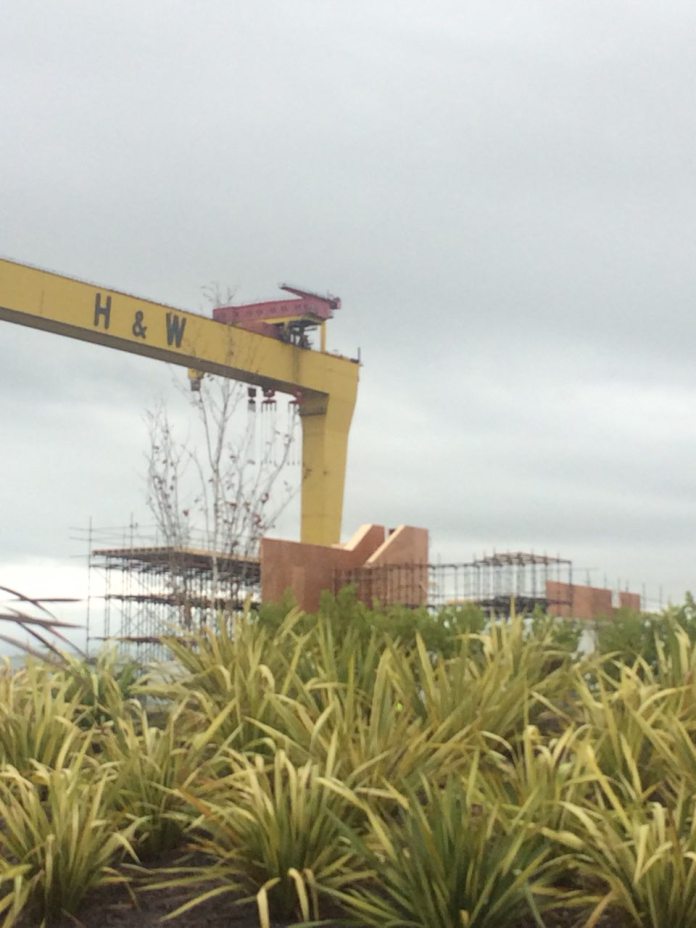 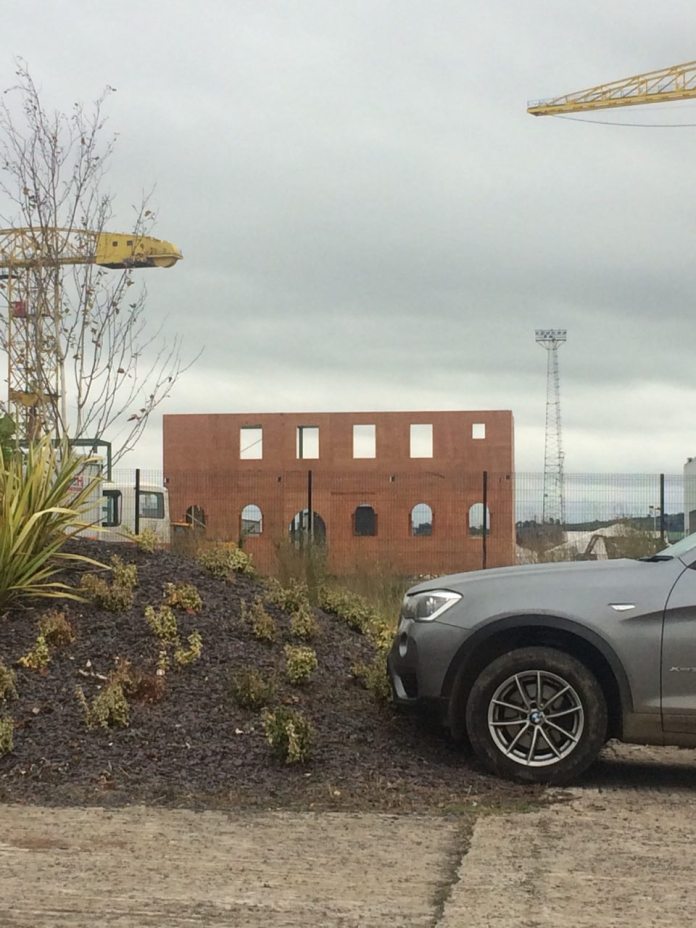 PAP4U was gracious enough to send us an even better photo, giving us a much closer look at what they’re building, including a staircase going to the top of the wall: 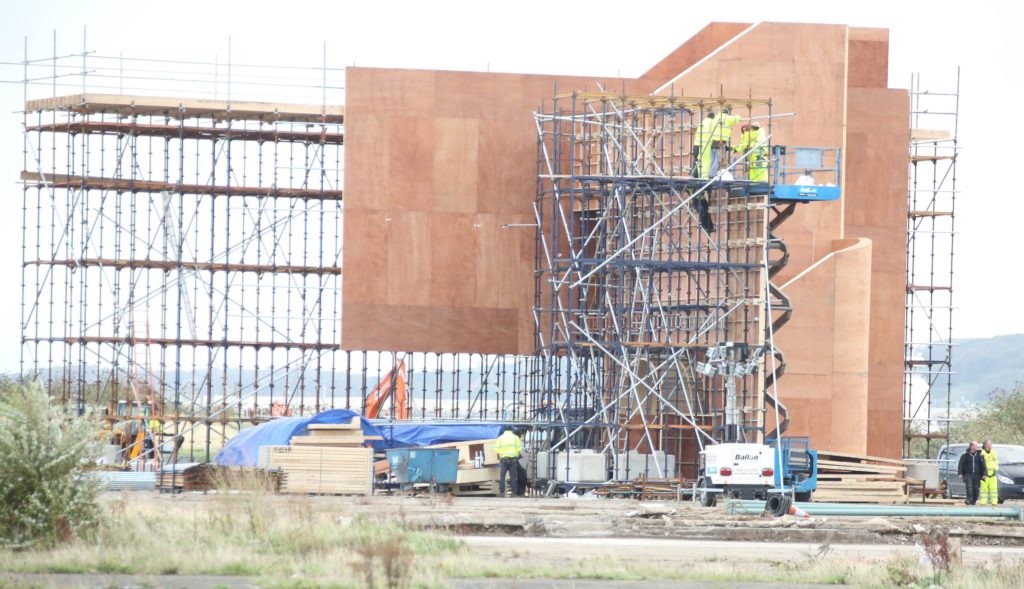 Cautiously, Los Siete Reinos warns this set may not be for Game of Thrones, suggesting it could be for Westworld instead or another HBO production. However, Westworld is filmed in California studios and on location in Utah, and HBO has used Titanic Studios exclusively for Game of Thrones, so we don’t find any reason to doubt this new set, when finished, will look like an entrance to a large Westerosi building of some sort (there are two parts; one with windows and a gate, and another with a wall and a staircase.)

Reportedly, the structure underwent a controlled fire test. This may explain why it’s being built outdoors — it wouldn’t be the first time an environmental factor forces the construction crew to do so (the last time it was to simulate a storm, ironically.)

Whatever stronghold you guys theorize this is, I hope you’re not particularly attached to it or its inhabitants, because it appears it will go up in flames. That points to Daenerys and her dragons more than the White Walkers, doesn’t it? Let the speculation begin!