Major New Spoilers Out of Girona with Arya, the Waif, and a Potential TWOW Scene in the Works | Watchers on the Wall | A Game of Thrones Community for Breaking News, Casting, and Commentary 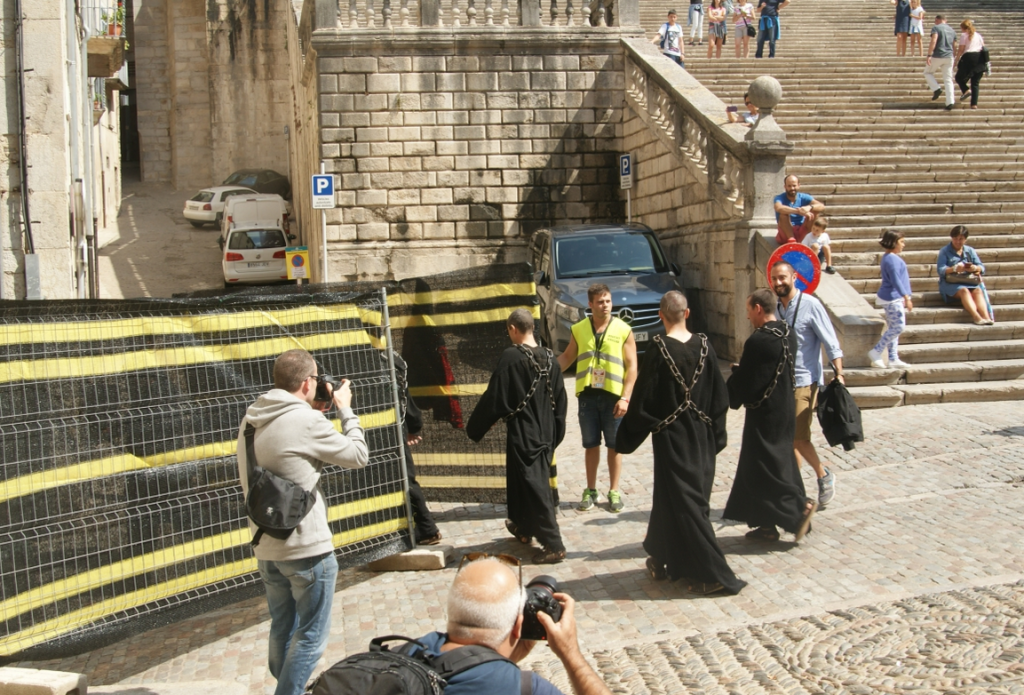 Production in Girona and Ballintoy continues, shooting scenes with the Faith Militant, Arya, the Waif and the Ironborn and possibly setting up for a scene from The Winds of Winter while the Greyjoy siblings take more selfies. Our friends at Los Siete Reinos have also brought us a fresh batch of Game of Thrones season 6 spoilers straight from Girona, Spain. Enjoy!

Anna Kähne photographed extras dressed as uncharacteristically cheerful Sparrows in the Plaça de la Catedral near Girona Cathedral, though the photos offer no hints as what happens in their scenes. More photos are available on her blog. 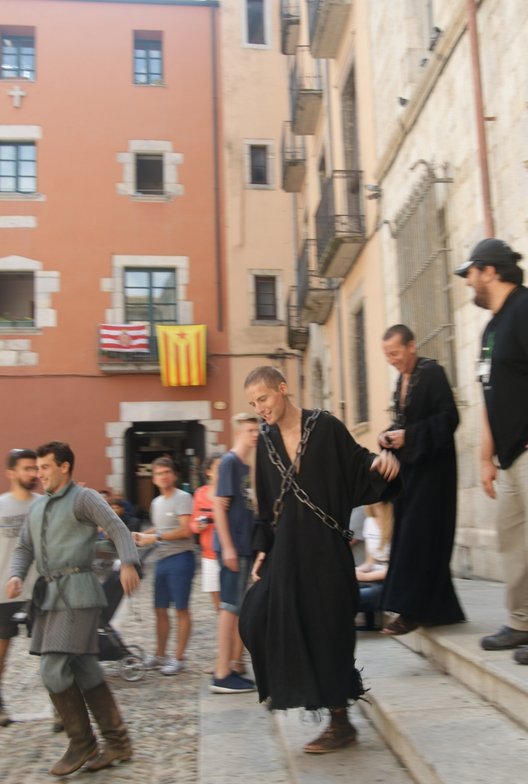 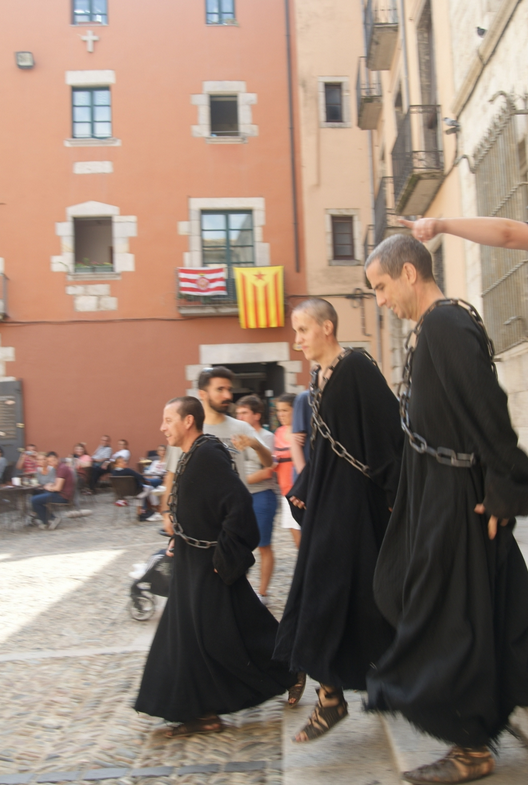 Actress Faye Marsay who plays the Waif in the House of Black and White was spotted in Girona wearing her standard sack tunic.

Javi Marcos of Los Siete Reinos is reporting from Girona and has revealed details of a scene involving Arya and the Waif from this week.

Marcos confirms that Daniel Sackheim (director of season 6 episodes 3 and 4) directed the sequence involving Arya and the Waif. In the scene, the now-blind Arya is begging in the street, and the Waif comes upon her, and starts hitting Arya with a stick- happily, of course.

Another piece of news that Marcos has picked up in Girona is that there’s going to be an action scene with a large number of extras (perhaps as many as a hundred) who will be Gold Cloaks, facing danger or protecting someone. That scene will be filmed in the final days of shooting, around Sept. 13th or 14th.

Rain delayed filming a scene that takes place on a platform decorated with Lannister and Baratheon banner and flags. However, it’s unclear whether the scene takes place in King’s Landing or Braavos. Sources differ in opinion, but the set looks more like a stage than an official, royal platform so there’s a very good chance that this is the set for the Gate, the playhall from The Winds of Winter in which Arya performs as Sansa in a play mocking the Westerosi royal family.

In any case, Game of Thrones sent out a casting call for a Leading Actress who works with a traveling theatre company. So, even if this stage isn’t the Gate, there’s still a good chance we’ll be seeing that play at some point in season 6.

Los Siete Reinos has also learned from their local sources that Game of Thrones will be filming a scene with a few extras inside the Banys Arabs, only male characters with at least one major character. L7R has seen evidence indicating that not only will Braavos and King’s Landing scenes be filmed in Girona, but also scenes with the Tarlys.

More Ironborn scenes were shot in Ballintoy today, though the content of those scenes remains left to speculation.

In the meantime, Ballintoy Harbour remains off limits to tourists.

This is the closest I got to seeing the Game of Thrones cast. Headed down towards Ballintoy Harbour to be told we could go no further because they were filming. Ragin’ #gameofthrones #ballintoyharbour   A photo posted by Joanne McNeill (@joanneeemcn) on Sep 4, 2015 at 9:29am PDT

The Red Door Tea Room posted more photos of Gemma Whelan and Alfie Allen. Judging by their clothes, these were taken yesterday but it’s always a treat to see Greyjoys smiling.

Posted by The Red Door Tea Room on Friday, September 4, 2015

Posted by The Red Door Tea Room on Friday, September 4, 2015